This is a short film by Dominic O’Keeffe shot in 2006 detailing the projection service, which originated at Sheffield Hallam University’s Psalter Lane campus.  It was made during a period where the service was to be moved to the city campus (now The Void!) but at the time there was some uncertainty if the 35mm projection service would be part of the transition. 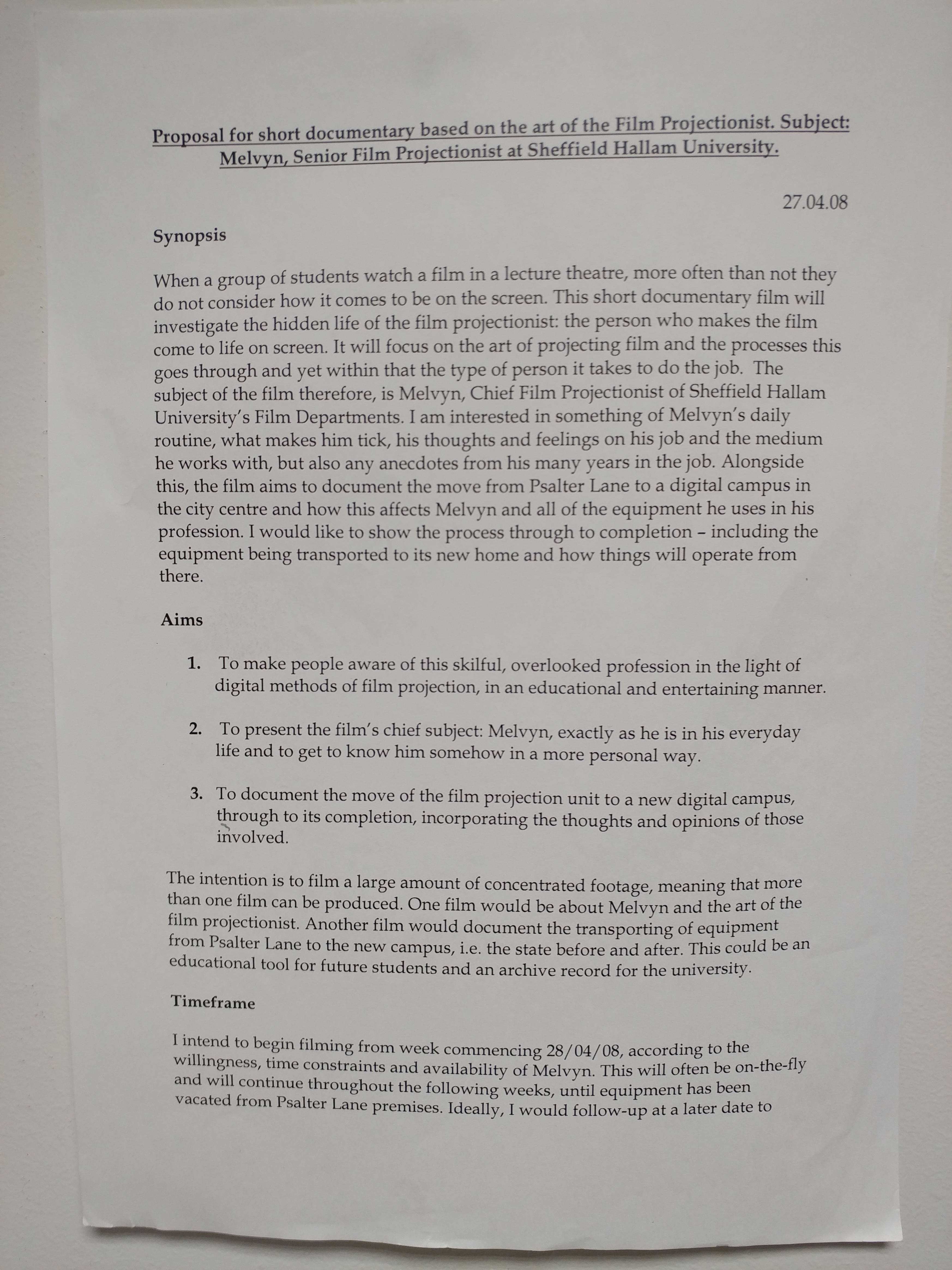