In an effort to improve picture quality and preservation of our prints a Kelmar film cleaner has been installed today on projector 2.  It works by passing the film through two cleaning rollers soaked in FilmGuard.  Not only does it clean the film from dust and grime but it also acts as a ‘wet gate’; a method commonly used in telecine film scanning for digital restoration.  The fact that the film is still wet as it passes though the film gate means that scratches become less noticeable (as the scratch is filled with FilmGuard).  FilmGuard will also lubricate the film, helping it pass through the projector easier.  Once it is packed off, it will also be projected for future runs, hopefully prolonging its lifespan.

The Void’s Kelmar mounted on projector 2 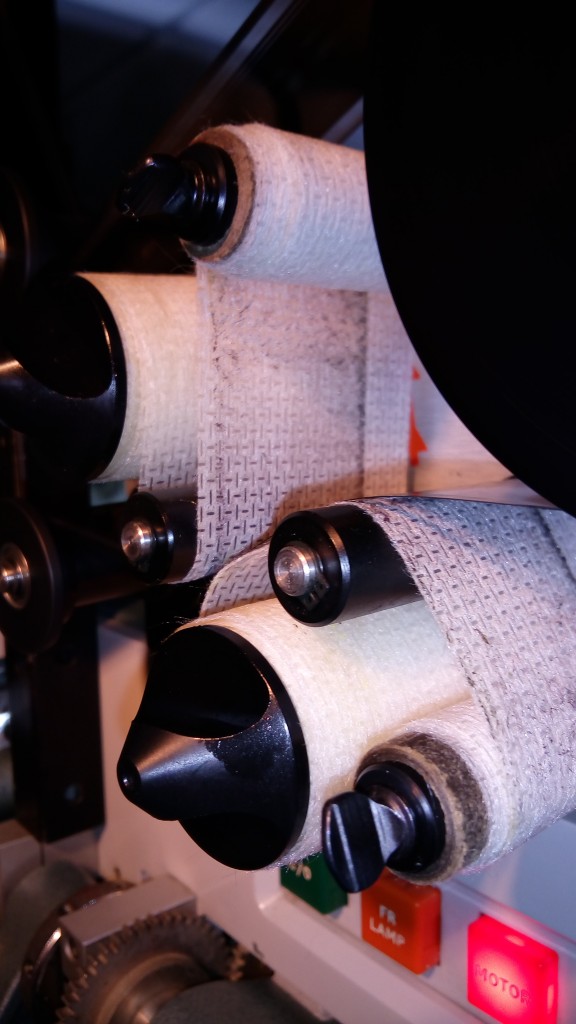 Our Kelmar soaked in FilmGuard and hard at work.