Not everybody decides to move out when they head to University – obviously this depends on how close they live to campus and transport costs etc. but bottom line is, with rising living costs and the fact that student housing can be quite stressful sometimes, more and more students are choosing to commute.

Having lived in Sheffield centre for three years whilst doing my undergraduate degree at Hallam, I decided to continue and do a Masters course, but this time since I hadn’t renewed my contract for the house I lived in during my second and third years and since friends I had made during my undergraduate degree would be moving away from Sheffield, I decided to head back home and commute to classes. Since I’m usually only in for around 3-4 days a week, it’s not too bad. 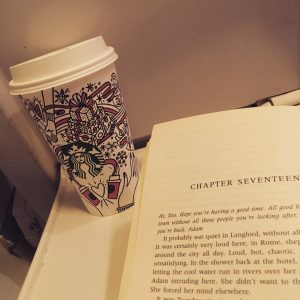 So, I’ll try and keep this brief but, just to give you an idea of my commute. My family home is in a village just outside of Derby called Hatton. I’m quite lucky because although it’s not very big, it does have a small, single platform train station on the Derby-Crewe train line which is a 2-minute walk away from home. The train to and from Derby takes around 15 minutes however, there’s only one train per hour.

The trains between Derby and Sheffield are around every 20 minutes which is handy, especially on the way home since the London St Pancras trains leave Sheffield twice an hour and the journey starts in Sheffield so the train is usually on the platform around 15 minutes early which, in the Winter, is a godsend. The journey takes around 30 minutes and usually if there are any delays they’re only a couple of minutes. (touch wood)

After 10am the journey costs around £7 with my 16-25 Railcard. In all, the only issue I have with the journey is the fact that the Derby to Hatton train is only once an hour and it usually means hanging around in Sheffield to ensure my trains coincide with each other. However, as you can see from the photos I’ve popped into this piece, I usually have some work to do or a book to read on the journey/whilst I’m waiting and can grab a coffee if I fancy it. 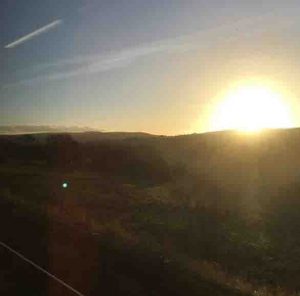 In case you’re finding that by commuting you aren’t meeting as many people as you’d like or for any help and advice on commuting, there’s now a Sheffield Hallam commuters group on Facebook. There’s tips on saving money on transport and on what to do when you have big gaps between lectures and can’t travel home.