This is part of a regular series of articles exploring some of the terms used in e-learning (view other articles in the series).  We’ll do our best to break down the jargon and explain what things are from a basic perspective. 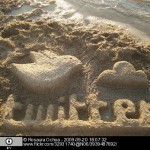 Twitter and microblogging is the topic today.  Twitter is a company and website which allows users to keep a microblog.  Microblogs are similar to blogs, in that they arrange content in reverse chronological order and allow non-technical users to quickly create content for the web.  The main difference is that microblogs are supposed to be smaller (you probably guessed that from the name!) so many only allow a limited amount of text per entry (140 characters in Twitter) and may not allow files such as media or images to be uploaded directly to the microblog (though folks often link to them instead). 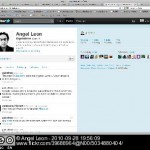 Twitter is one of the most popular microblogs and is probably the best known. It limits the amount of text you can write in a single post to 140 characters, so you have to keep messages brief.  It is focused on recent messages, so it does not include the archive features normally found on blogs.  Twitter has a strong social networking component where you can choose to ‘follow’ individuals. On your main page when you log into Twitter, you see all of the posts (called ‘tweets’) from the individuals you are following displayed together. You are also able to focus on an individual’s recent tweets if you wish.

Most social networks, such as Facebook, have a microblogging tool built into them, often called status updates.  These allow users to post short messages which their friends.  Many of the different microblogging tools allow aggregation like RSS, meaning that you can do things like see your friends’ tweets from Twitter inside Facebook or on your mobile phone using a different programme.

In terms of educational uses, you could use a microblog for: