It’s that time of year. July – the middle of the calendar year – appears to mark the definitive end of each academic year.  The campus quietens; residences empty; you can book a room for a meeting or get a table in a campus café; one set of students’ union sabbatical officers gives way to another.  In practice the academic calendar is more complicated than that. Our marketing and recruitment teams are in active contact with new students; preparations for clearing and adjustment aren’t just ready – early clearing has begun; course handbooks are being readied for the printers.  To deploy a summer seaside holiday metaphor, before the tide has gone out, it’s coming in, and soon the campus will be filling up again.

Last week I was in Glasgow to speak at the Times Higher’s Teaching Excellence Summit: drawing delegates from universities all over the world – from Queensland to California, from Beijing to Mexico, to think about universities and the development of teaching.  As anyone who has read my Twitter feed will know, it wasn’t the most logistically successful of journeys. I flew to Glasgow on the Wednesday evening, which meant that I missed the first half of England’s World Cup semi-final (apparently we won the first half). On the way back a sequence of flight cancellations and delays meant that I whiled away six hours at Glasgow Airport.  But it got me thinking again about the core of our work as a university, and the individual students who make it up.  What better time to celebrate the outstanding successes of our students this year – tangible evidence of our work in shaping futures. 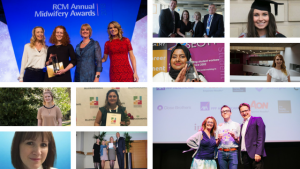 Our students have enjoyed many outstanding successes this year.

English language graduate Ellie Wright was named national winner of the Student Employee of The Year (SEOTY) 2018 award. This followed law student Nabeela Mowlana winning SEOTY in July 2017, having earlier won the National Above and Beyond Award category at the National Association of Student Employment Services (NASES) awards.

Dr Sandra Beale-Ellis, who studied for a doctorate in education at SHU, was awarded the Points of Light award by Prime Minster Theresa May for her voluntary work with autistic children.

Product design graduate, Ciara Little, received an international Honourable Mention Prize – the only student in the UK to achieve the accolade – in the Product Design category of the Taiwan International Student Design Competition – a competition which sees more than 18,000 student entries from around 70 countries across 900 universities and colleges.

Gemma Ford was named Pregnacare® Student Midwife of the Year award as part of the Royal College of Midwifery’s (RCM) annual awards.

Mechanical engineering student Jodie Howlett secured a scholarship worth more than €17,000 to attending a nine-week space studies programme at the International Space University in Strasbourg in 2019.

Harvey Morton, second year Business and Enterprise Management BA student, was named Young Freelancer of the Year in the IPSE (Association of Independent Professionals and the Self-Employed) competition.

Charlotte Grace, a graduate of Sheffield Institute of Education and qualified for PGCE in Secondary Science (physics), won the Silver Pearson Teaching Award for ‘outstanding new teacher of the year’.

Every single one of these is a story of hard work and success, drawing on students’ individual efforts, the work of teaching and professional staff across the University. Congratulations to all of them. Time for a holiday – rest, relax, recharge batteries – or, if you prefer, escape, challenge, extend and stretch yourself.