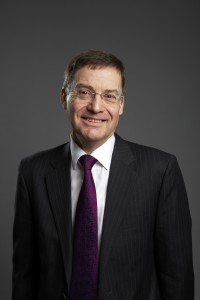 Professor Sir Chris Husbands has been Vice-Chancellor of Sheffield Hallam University since January 2016.

His academic expertise lies in education policy and practice; his work has been developed in fifteen books and over four hundred papers and presentations.  He has advised local and national governments in the UK and internationally, across four continents.

Sir Chris graduated with a double starred First in History from the University of Cambridge, where he went on to complete a doctorate in Geography.  He was a teacher and senior manager in urban secondary comprehensive schools before becoming a university lecturer.

Sir Chris’ publications include work on education policy, teaching, teacher quality and history education, and have been translated into Chinese, Spanish and Greek.

He has co-authored Policy Transfer and Educational Change, published in 2016 by Sage.