Several years ago, I was at a large conference dinner in Beijing. In a break between courses, a choir of Chinese children sang to us – a medley of songs tailored for their global audience. Amongst the more culturally incongruous of songs was their rendition of ‘Danny Boy’. As it happened, I’d found myself sitting next to a visitor from Ireland. He was a politician, a member of the legislative assembly and a minister in the power sharing executive. He told me a family story about his wife’s great grandfather, a surgeon-missionary who went out to China in 1864. On the day after their honeymoon, he and his wife sailed to Manchuria to establish a hospital and to evangelise.

A year later his wife gave birth to a son, and then a year later, pregnant again, died before giving birth. It was clear that the young surgeon could not look after a baby son in Manchuria, so the child was taken back to Ireland to be cared for by family. The young surgeon said that in all conscience, while he wanted to take his son back, he was doing God’s work and had established four hospitals. He agreed that he would go back to Ireland when a replacement surgeon could be found. But whilst the church had many members, and many who wanted to be missionaries, none were surgeons, and his sense of vocation would not allow him to leave his hospital. It was fifteen years before he was replaced, fifteen years before he could set sail home. And on the voyage home, he fell ill with a fever and died on the ship before it reached Ireland.

It’s desperately sad story, and it’s a reminder that it is the personal stories which bring home the larger themes: here, the story of early globalisation, of nineteenth century values, of religion and medicine are focused through a single story. Perhaps the bigger the theme, the more powerful the story. It’s true across the whole range of experience: in politics, in economics, in institutional development. There are real dangers in the power of story – the story can be misleading rather than representative, the emotion clouding rather than clarifying. Gifted (and, too often, also malevolent) politicians know this and use instances and examples to shape public perception. We’ve all become only too aware of the ways in which the territory between individual experiences and the analysis of data takes us into a landscape where fake news can abound.

This gap between the story and the data, between the experiences of individuals and the statistics is part of the daily life of the University. My email inbox is, as you might expect, chock full of data – weekly statistics on applications and recruitment, monthly management accounts, quarterly data on student retention, staff turnover and staff sickness, on equalities; National Student Survey returns; comparative statistics, benchmarking data, internal audit reports and so on. From the mass of data, it’s important to pick out the important – to distinguish, in the title of Nate Silver’s beguiling book on statistics, between “the signal and the noise”. But the email inbox is also full of the stories of the people who make up the University – the daily news briefings and press releases which tell of the fabulous achievements of students and staff, and, of course, the news of things which have not gone so well: the complaints and the problems, the slips and the errors. Someone told me, early in my career in university leadership, never quite to believe the picture of the university which came from the daily press releases and complaints. 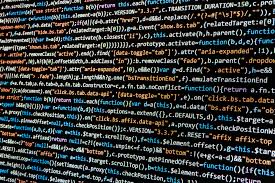 The gap between the story and the data, between the experiences of individuals and the statistics is part of the daily life of the University

Of course, the trick is to pull the big data and the smaller stories together, to use them both to understand the strengths and the weaknesses of the university, to build on the former to address the latter. A year into Transforming Lives, together with the University Leadership Team, we are looking harder at the best way to map progress, to understand where success is occurring but to be open and honest about the challenges – and that involves looking at the numbers and the stories, at the figures and the people, and the big and the small.

As it happens, there is a coda to the story I was told over dinner in Beijing, which always brings a tear to my eye. My politician neighbour had told his family story to Chinese administrators on visits to China over the years. When the Chinese vice-premier made a formal visit to the UK she said she would like to go to Belfast. As a vice minister of the People’s Republic, she is accorded head of state status and protocol decrees that she is met by the first minister and deputy first minister. However, she said that she would like to be met first by my dining companion’s children, whose great-great grandfather had spent so long in her country. And so it was that a red carpet was laid at Belfast Airport and there stood two children, seven and nine years old, next to – but ahead of – the first minister and deputy first minister.