Universities are success stories.  They educate large numbers of young people – participation in higher education has risen consistently in the UK and globally.  They undertake research which has produced striking advances in medicine, sciences, arts, social sciences and humanities.  Universities fuel the knowledge economy. They create value for cities and communities.  And so on.  All this is true on a global scale, and helps to explain the phenomenal growth of universities in the global south and the so-called BRICs.  It’s true on a national scale: the export earnings for UK universities exceed the export value of the pharmaceutical industry.  And it’s true on a local scale.   This university has had striking successes: we attract students from over a hundred countries.  Our overall student satisfaction rate last year rose to 85% – a satisfaction rate any politician would die for.  Our research – in cyber-security, in materials science, in health and wellbeing, in regional economics and so on – makes a real difference.  In total we contribute almost half a billion pounds a year to the Sheffield economy. 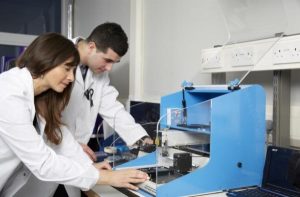 And yet there is a crisis of confidence in higher education.   2017 was described as an ‘annus horribilis’ for universities.  On issue after issue, the sector seemd to find itself on the wrong side of media and political debate.  Many of those who work in universities watched with horror as the Brexit referendum result began to sink in: wondering how carefully-built international networks could be sustained.  Press coverage on issues including free speech, senior pay, student finance and so on told an unremittingly bad story.  On each of these, I think we have a good Hallam story to tell: within the law we have not prevented anyone from speaking at any event in the University. Our senior pay, in one of the largest and most diverse universities in the sector, has, by design, not risen in recent years. We have an outstanding record on widening access to university, underpinned by a strong bursary and financial support scheme.  But that, in one sense, does not help: there’s a perception that the sector as a whole is facing a serious crisis of confidence.  When the Prime Minister, in what was a particularly ill-judged conference speech line, said in disparaging terms that “If you believe you are a citizen of the world, you’re a citizen of nowhere”, she was undermining the entire intellectual enterprise of the contemporary university, seeking borderless academic enquiry and engaging students with the world.

This is a challenge for universities and, on the edge of serious-minded seminars and think-tank discussions, has produced a good deal of troubled head-scratching.  After all, goes the argument, universities have largely done exactly what they thought they should be doing: building opportunities, creating knowledge, extending networks.  What, goes the head-scratching, easily slipping into navel-gazing, did we do wrong? If I could answer this, I’d be able to spend less time in these head-scratching discussions or reading lengthy speculations, including thoughtful ones like this from Wonkhe’s Mark Leach on how the narrative for universities “went so wrong”.  There are several ingredients. There’s a deep-seated English anti-intellectualism which suspects universities for being out of touch. There’s an unpleasant elitism which thinks that universities should be for the very few: Kingsley Amis’ widely quoted (and plain wrong) “more will mean worse”. However, as David Willetts, architect of the current finance regime, points out,  participation rates are highest in the most affluent communities: try telling the parents of Twickenham, Wimbledon and Guildford that too many of their children are going to university.  There is the toxic language of debt and default which accompanies the fee regime, and which has shifted the terms of political debate since last year’s election.  And so on and so on.

If there is no simple answer to all this, some things are clear. The first is that when dealing with strongly-held assumptions, or prejudices, evidence such as I opened this blog with gets you nowhere. The American psychologist Leon Festinger famously observed that “a man with a conviction is a hard man to change. Tell him you disagree and he turns away. Show him facts or figures and he questions your sources. Appeal to logic and he fails to see your point”, and I’m unfortunately sure that Festinger’s gendered language does also apply to women. The second is that too often society has confused expectations of its universities. It expects universities to be elite and selective at the same time as being open and accessible; to be recognisably traditional (graduations) but entrepeneurial and innovative (industry-facing); to be globally engaged and locally located, and everything in between; to be centres of debate but not too threatening; to be competitive with each other and to be collaborative with other universities; to be autonomous and accountable. You see this confusion in the curious half-debate about subject variable fees. There are arguments that fees for science and engineering should be higher (because they are expensive to teach) and lower (to encourage students to do them), whilst humanities fees should be lower (because they are cheaper to teach) and higher (to encourage students to do other subjects).

Deeply-held views, confusion, lack of evidence: this is complicated.  But it matters.  I don’t believe that a successful university system can be one which is cut off from its society. I was delighted last week to be at the launch of the UPP Foundation Civic University Commission: an extended inquiry into the civic function of the university in the twenty-first century.  The inquiry will take evidence on universities and their communities, and is led by Lord Kerslake, chair of the Board here at Sheffield Hallam. Connecting to the community has to be practical not abstract: cities and communities need to see universities actively engaged with everyday life.  I was delighted to see the launch of the Hallam school governor programme, encouraging staff across the University to become school governors, and to hear that the Students’ Union is reporting record levels of volunteering.  I am sure we can do more in these areas. And, painful though it sometimes is, we need to listen harder to critical voices, to people who look at universities in different ways and who don’t necessarily share our assumptions.

I’ve worked in universities for a quarter of a century. It’s no surprise, perhaps, that I look at the world through a particular lens; one of my children once said to me “Dad, are you this boring at work?”. I believe passionately in the power of universities – this university – to do good, in shaping futures and transforming lives. It’s an argument we need to keep making.