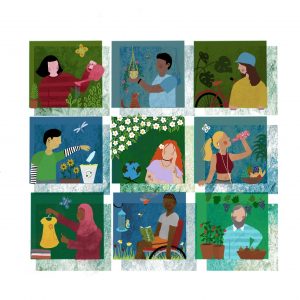 It’s fair to say that Coronavirus has changed everything about life as we know it, including it’s massive impact on the environment. At the moment it’s easy to focus on the negative news stories surrounding the current Covid-19 pandemic. Although this virus has proved to be a tragedy for all nations across the globe, in light of World Environment Day this Friday 5th June, we can focus on some of the positive impacts it has had on our planet.

As countries went into national lockdown back in March, members of the public were cleared off the streets, flights were cancelled and cars stayed parked on driveways, and the planet saw significant changes in its ecology. Here are just a few of the major benefits lockdown has had on our environment:

With vehicles staying off the roads and planes out of the skies carbon emissions have dropped drastically. It’s no surprise when road transport makes up a fifth of the UK’s greenhouse gas emissions. Major cities with vast skylines, such as London and New York, can be seen for miles now the pollution in the air has cleared. 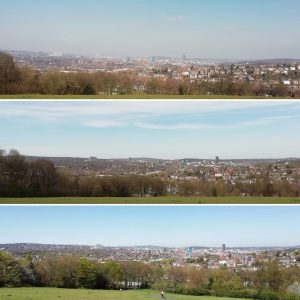 And closer to home, Sheffield has seen the lift of smog particularly over the city centre over the span of lockdown. Locals can now enjoy the views of the city’s hills once again.

Venice’s infamous canals, typically crowded with tourists, have returned back to their crystal clear, blue state. Boats are normally what keep afloat in these Italian waters from gondolas, water taxis and cruise ships carrying in hundreds of tourists each day. But since their disappearance the boats have been traded for fish and swans.

The return of wildlife

Speaking of animals, many other forms of wildlife have taken over towns and cities in other parts of the world since humans have gone into hiding. In Llandudno, Wales, goats were seen taking advantage of the town’s empty streets. The mountain goats that normally reside in the surrounding farmlands have been spotted nestled in locals’ gardens and taking over carparks. 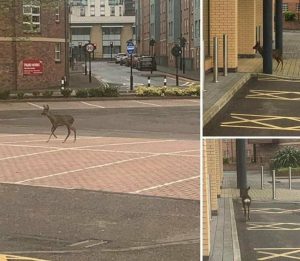 And in Sheffield wildlife has been spotted roaming the streets of the city centre. A Muntjac deer was photographed trotting around the carpark of Wren Kitchens, on St Mary’s Road in April and a badger was spotted outside Sheffield Train Station. Badgers have to commute to work, too right?