Comparing numbers of books bought by me and bought by school 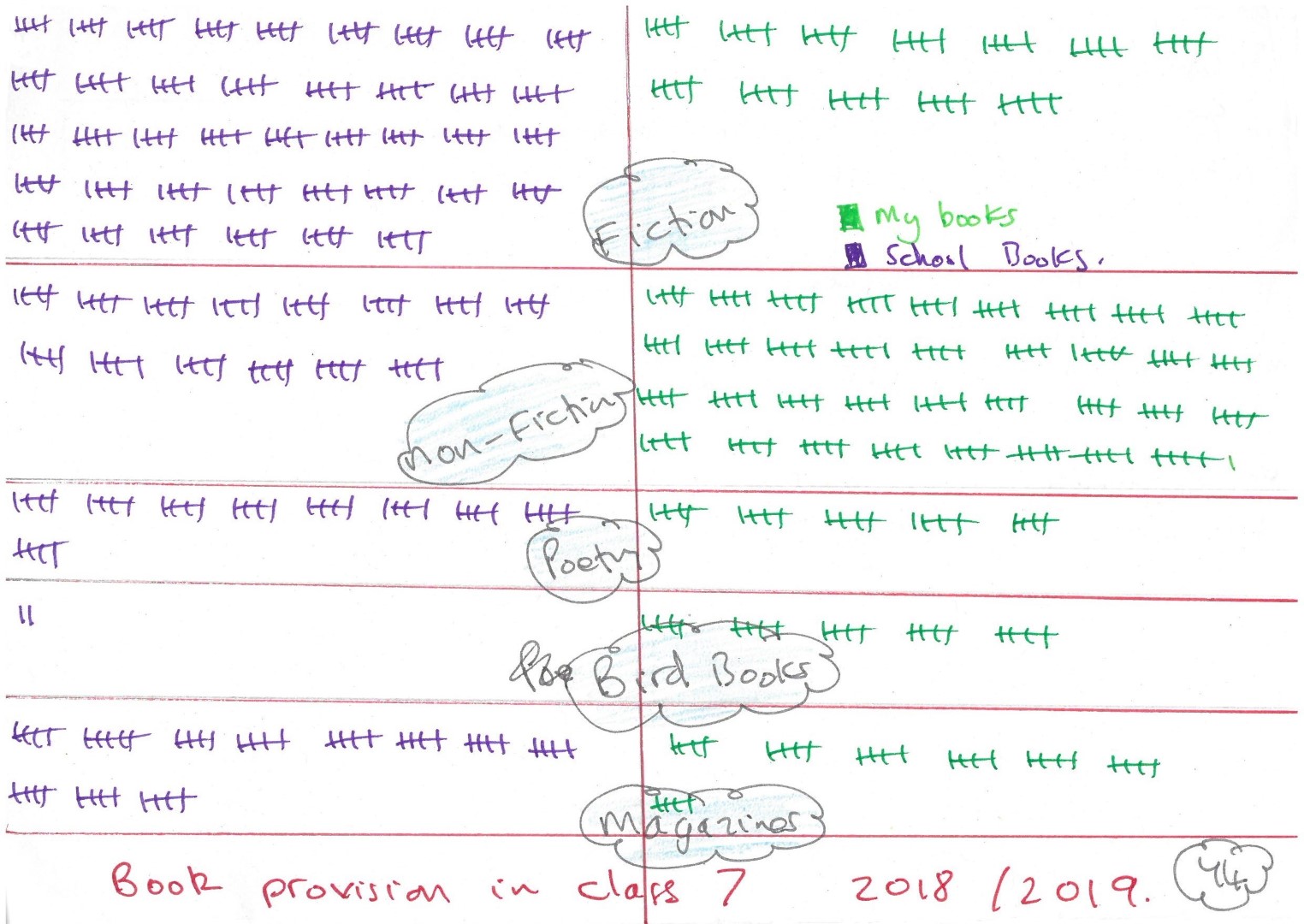 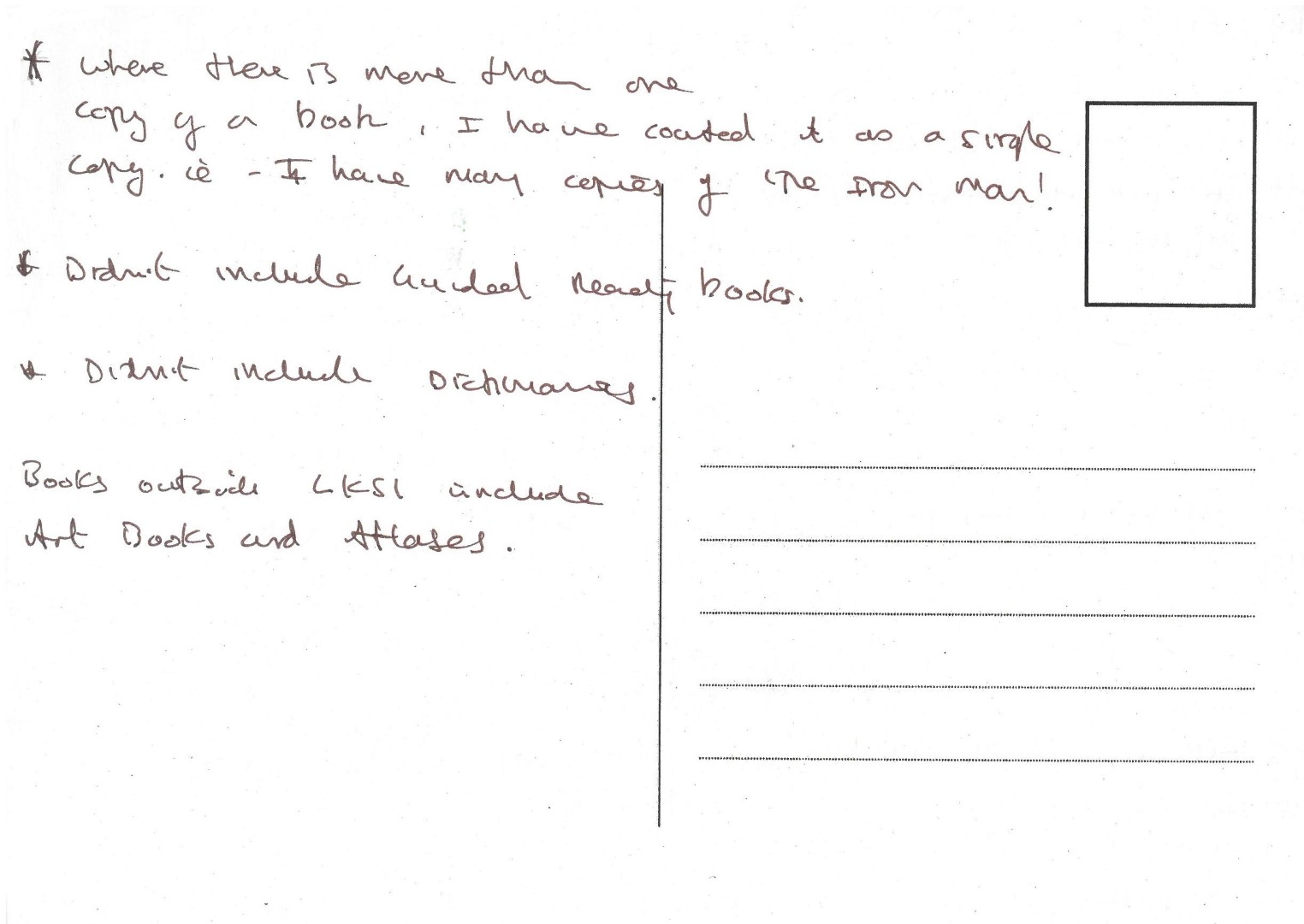 “In the end I decided in my classroom for me, my literacy provision really is or are the books that are available ... from a good book you can get almost any genre of writing you want to. So I set about counting the books in the class because I do realise a lot of them are mine! Some of them are books that were my own children's, some of them I've picked up in all sorts of places, second-hand bookshops or teachers that have left.

I do the RSPB Big Schools Bird Watch, as a consequence I've got about 20 books on birds but, again, that is something we use throughout the year. Even though the bird watch is January, it's something they read. There's only two from school, the rest were mine. Then there is a large selection of magazines, some I brought in to the class and some, they belong to school, but I subscribe to the RSPB and I get different magazines. I've brought some. Again the kids love them.

I must have 20 copies of The Iron Man, I don't know where they've all come from but I've just put that as one. I didn't include the guided reading books which are in drawers and I have got dictionaries. I didn't do dictionaries and there are books outside. There's three classrooms, Year 3, Year 4 and a 3/4 and outside there are books, atlases and things, I didn't include them. So they're just the books in my classroom and I think it will be a lot poorer without my books basically.” 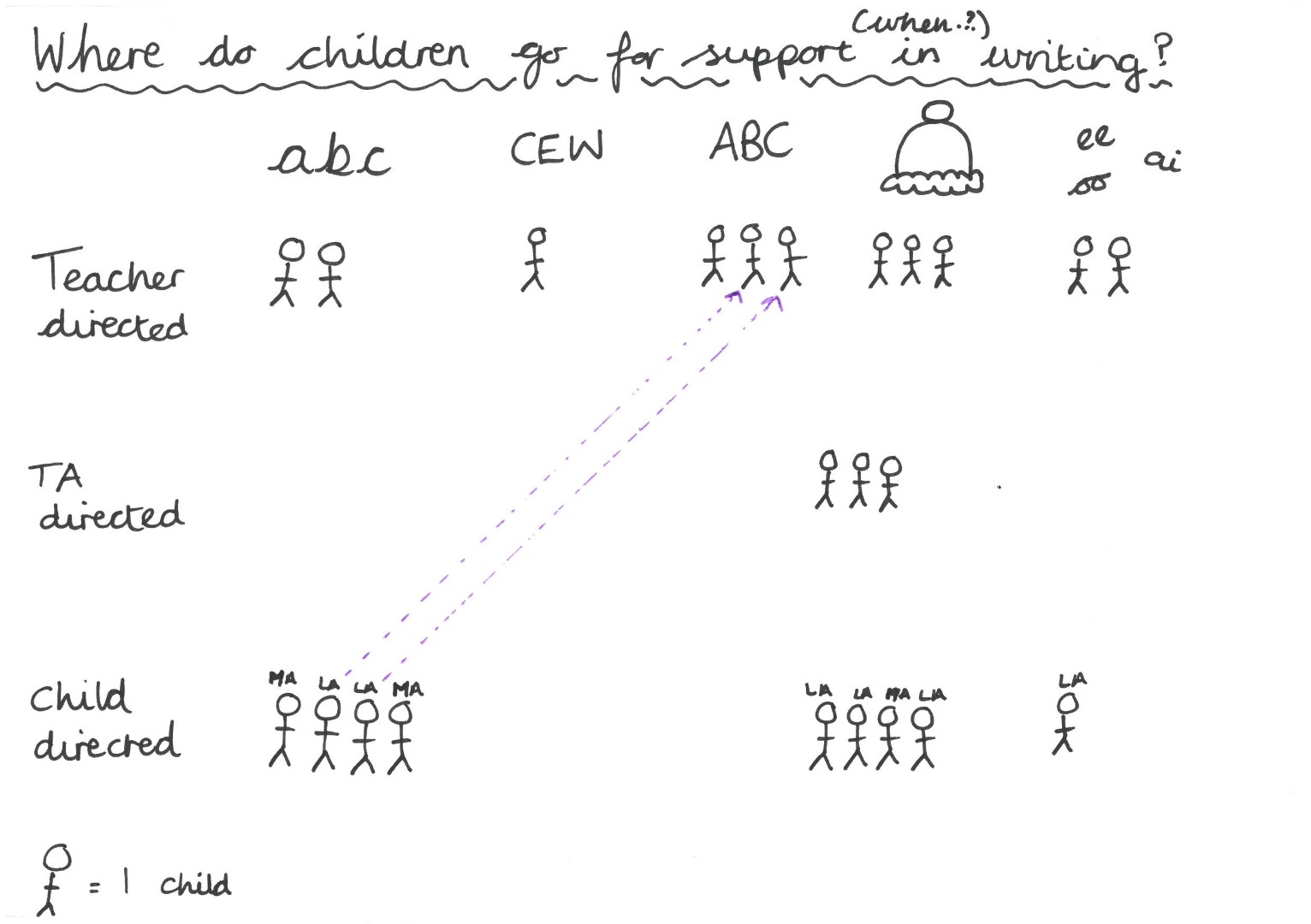 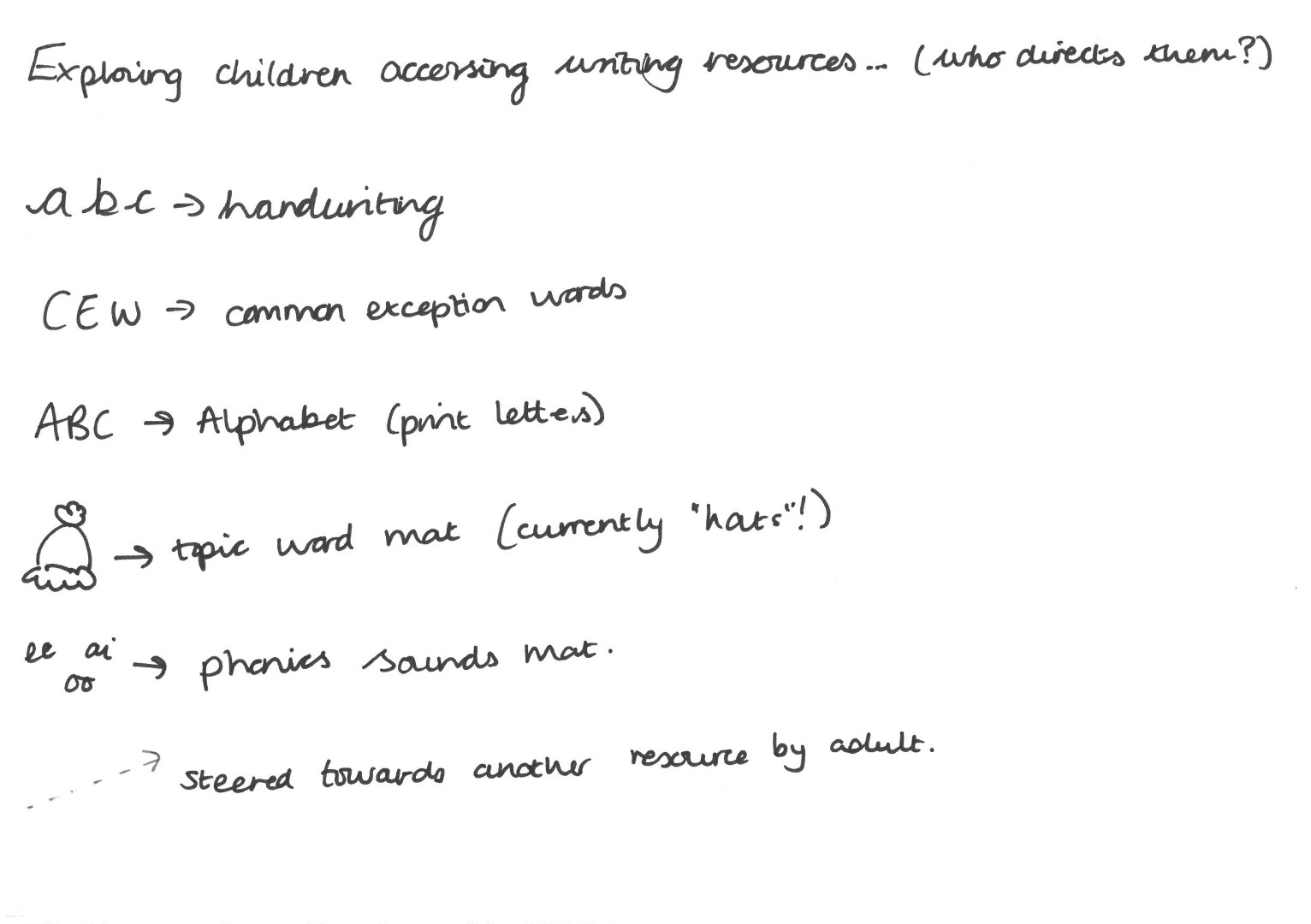 “So across the week I have directed them. My TA has directed them a little bit ... and then also there were times when the children accessed them as well. So that was positive. ...  So teacher directed, TA directed, child directed and then each one of these children is a child. So there was a model cursive handwriting word mat, a common exception word for Year 2 word mat, an alphabet which is more like a printed alphabet on my table. The hat is topic, we were doing hats, I couldn't think of what to draw for topic so it's just a hat because that's what we were doing! And then like a phonics word mat as well, sound mat, sorry. You can see what the children took across the week. Some of the children chose to have the cursive handwriting and we're not on to cursive handwriting yet so these arrows just demonstrate where I was like, hmm, maybe try this print one, so that just demonstrates them having great enthusiasm but not quite being there yet.”