Where do children go for English support? 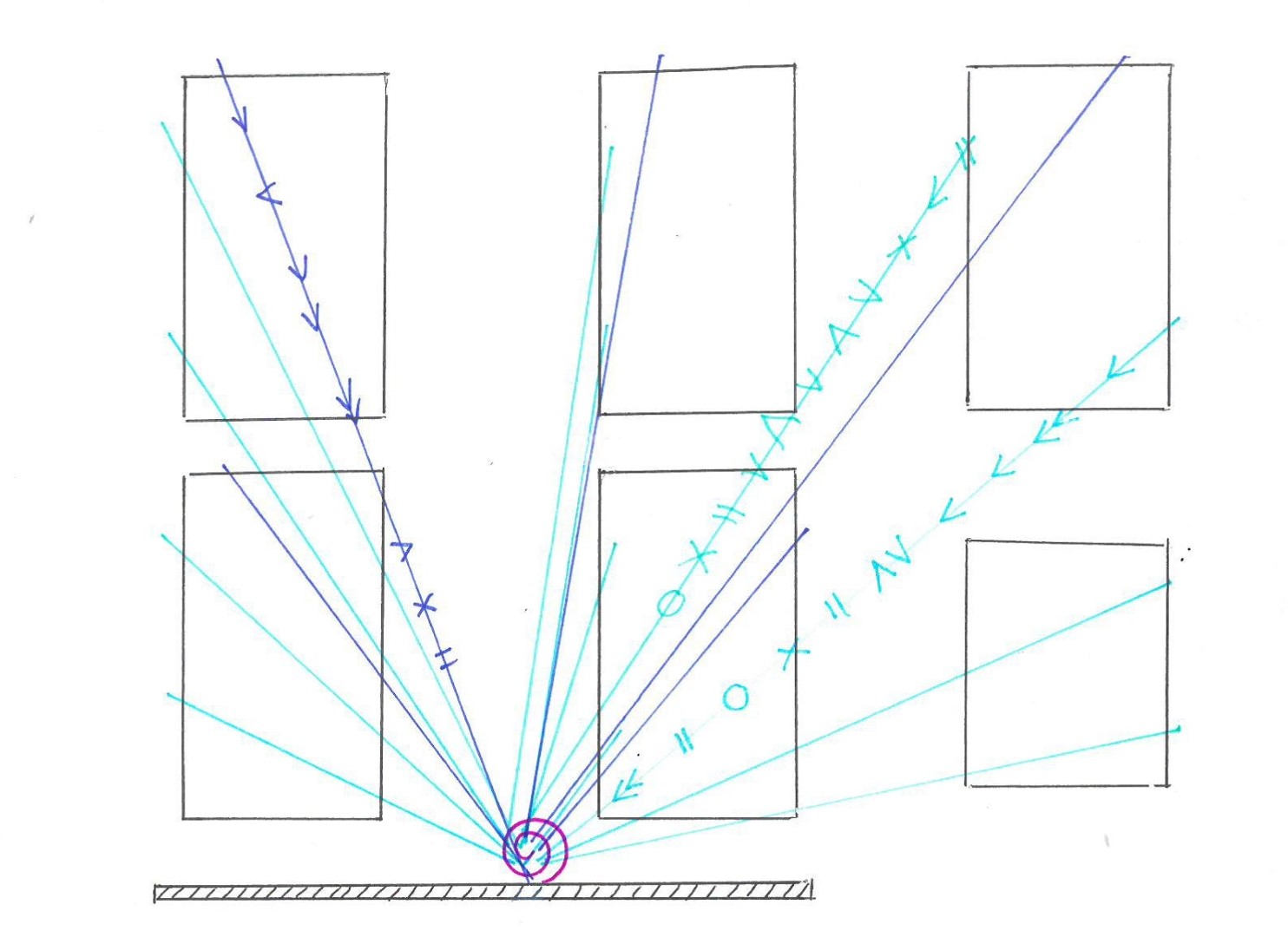 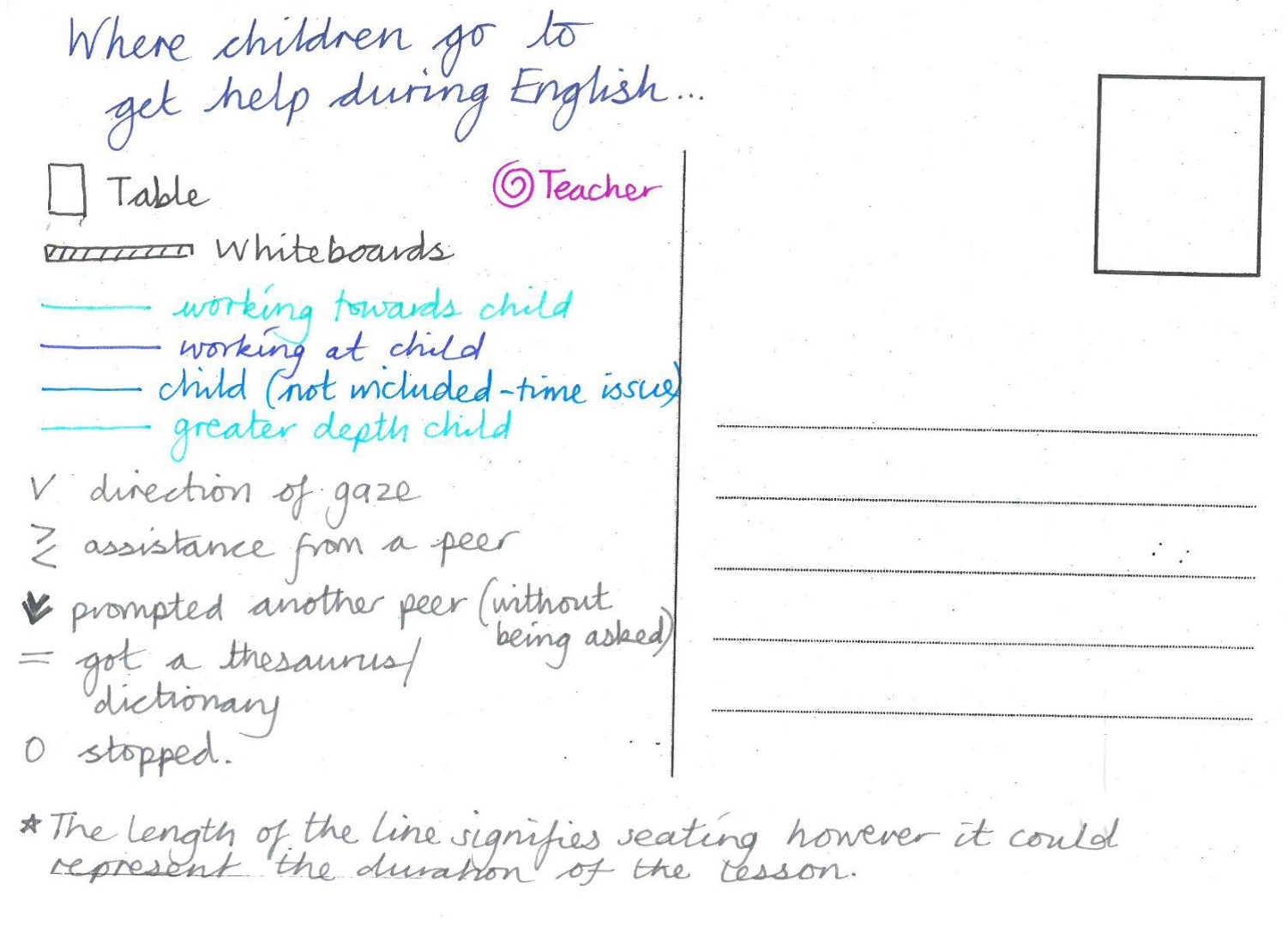 “I decided to look at where children go to for help in terms of their English support. I wanted to look at different children and their natural go to.”

“But what I did find interesting, and I put a double arrow to show this, was when they kind of pointed out something to somebody else without them seeking it. So I think at some point all of them did it. They kind of intuitively knew that somebody next to them needed help so they kind of nudged them and gave them a bit of a, 'Oh, look over there' or helped them and said, 'Oh, you need to put that.' I thought that was really interesting”

Where do children get their ideas from when writing? 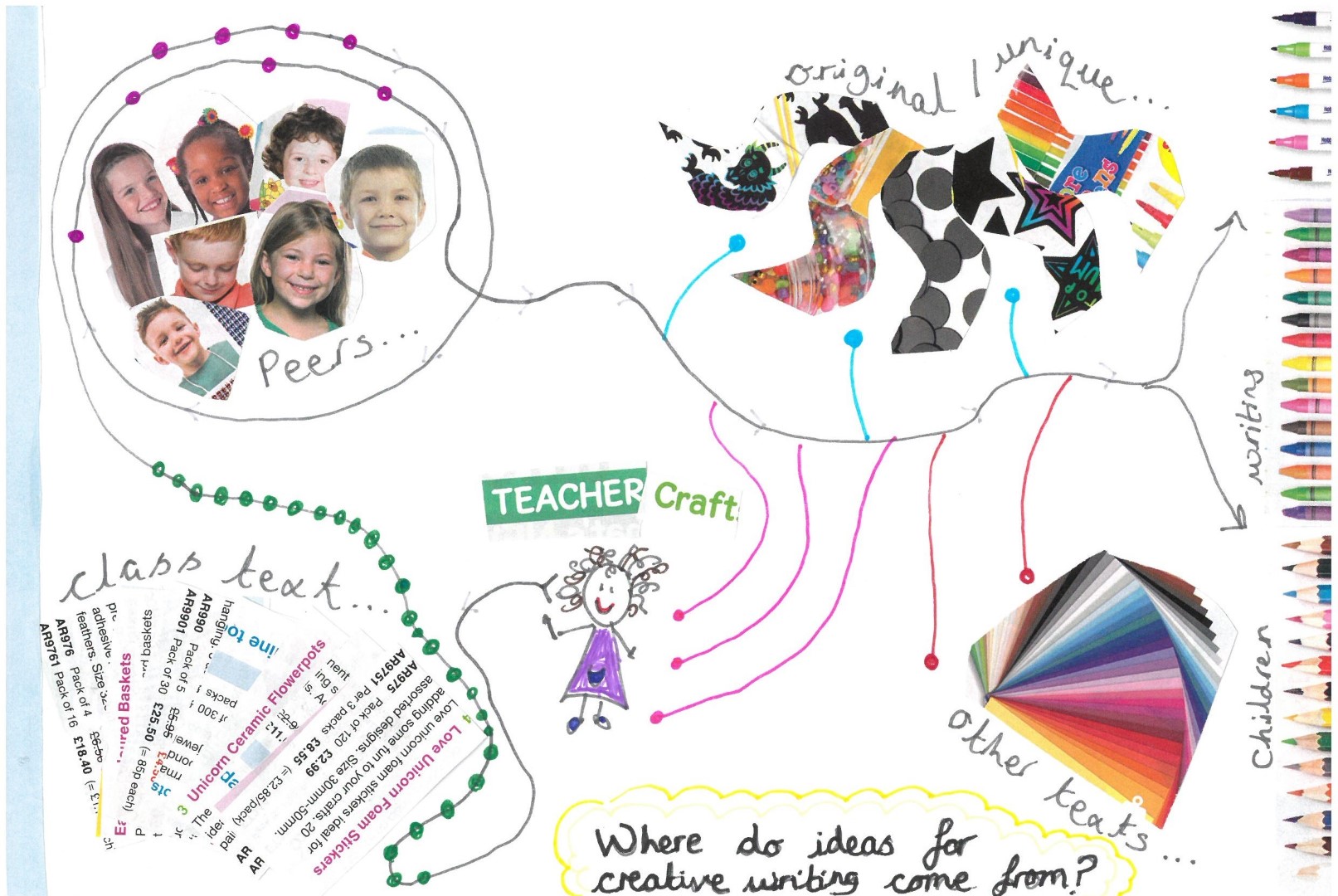 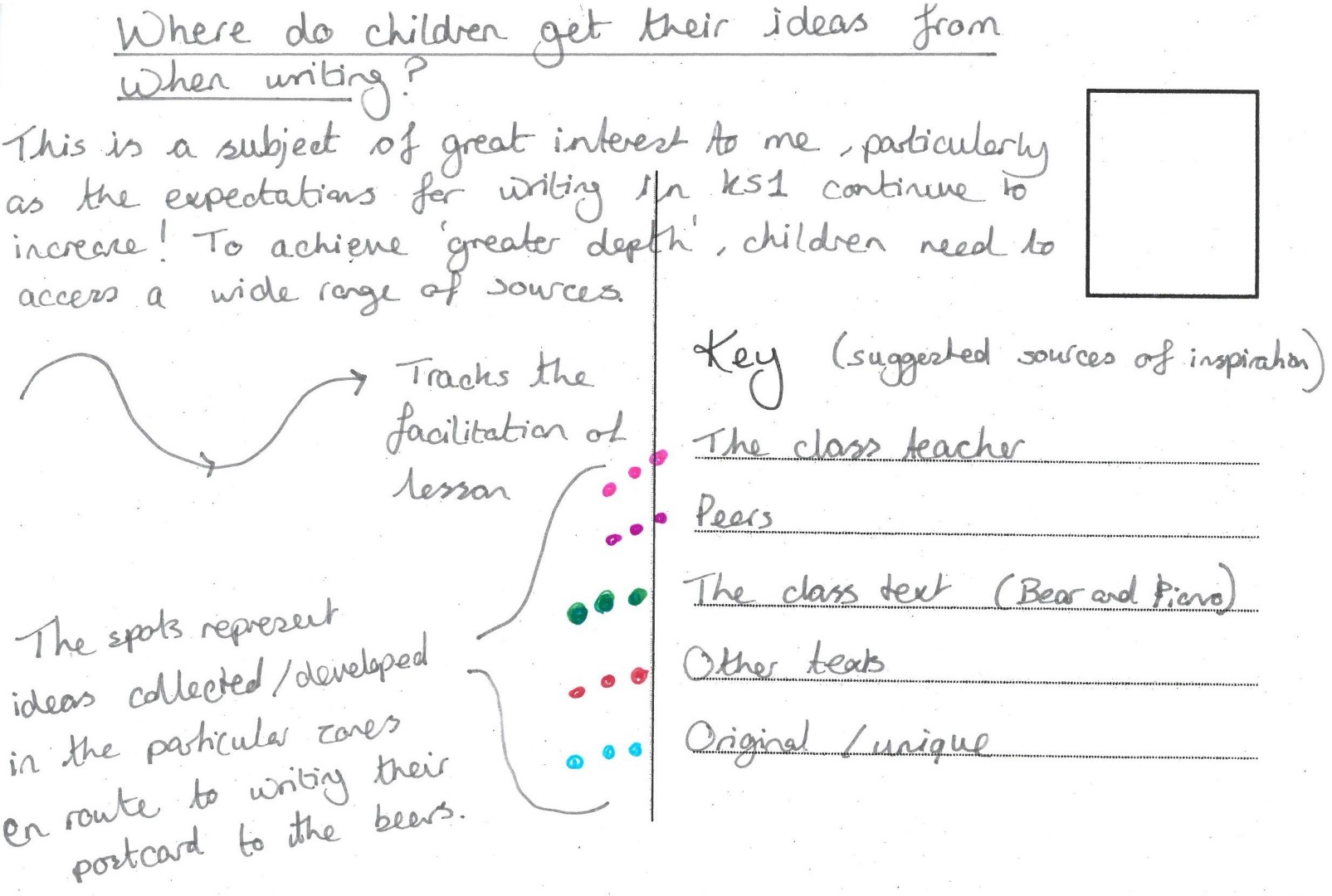 "So the way I've shown it is that out of a class of I think 29, 28 of them you could see that they'd used evidence from the text or language from the text in their writing. Because we shared so much a few of the children had magpied from each other as well and then there were a few children that came up with some really amazing ideas from their own life experiences that they could empathise with the bear and put that in as well and things that they'd obviously got from other text and things that I may have said as well, so I was the teacher in the middle, so the little spots are where they picked their ideas up from." 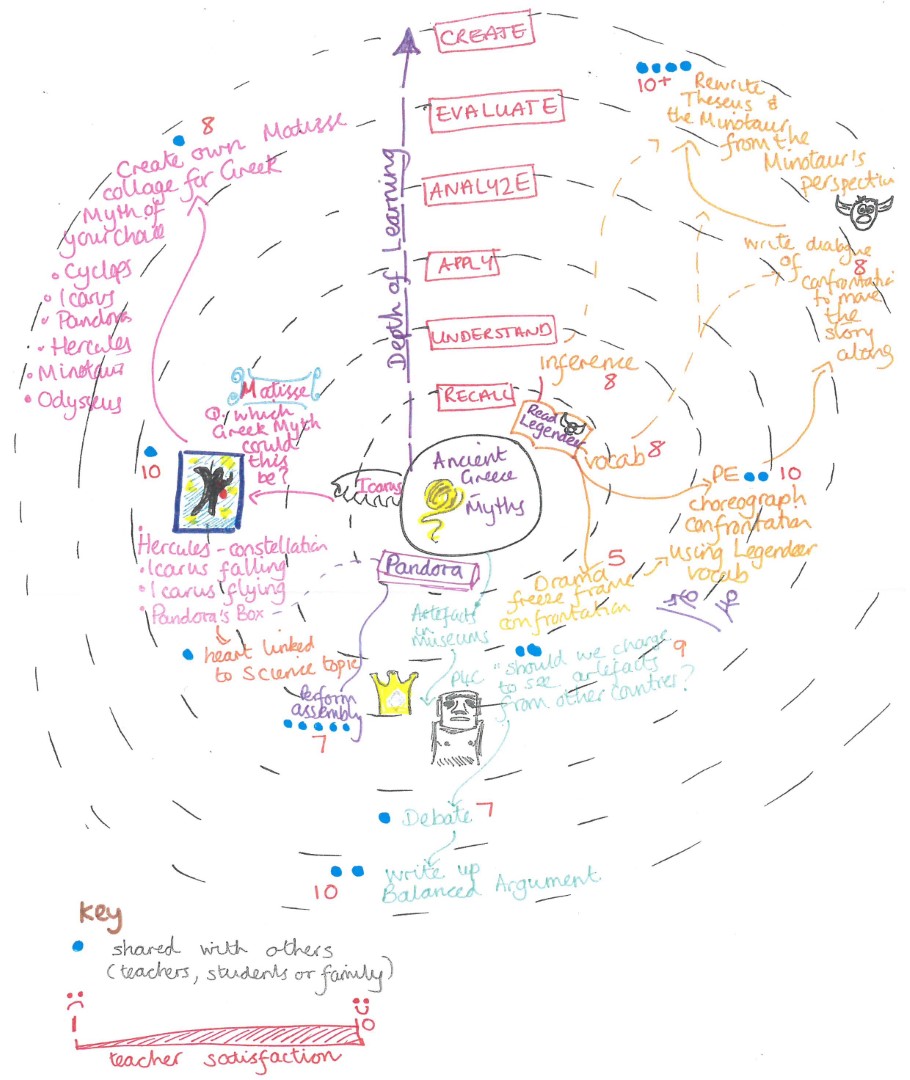 "I like to share what I'm doing in my classroom, I talk about it with my family, with other teachers, adults at school. So I plotted that, the activities that I'd shared with other people, whether it was family, teachers. ...

With the 10+ one, the sharing there was we were sending children with books to other teachers to go and share them, so that's the headteacher to see the writing, to the Year 5 teacher who was the Year 6 one last year, as much as anything for him to validate my judgements or to say 'What do you think to this'? I worked very closely with him. It's my first year in Year 6 so he gives me quite a bit of guidance to share those."

Conversations around English and literacy 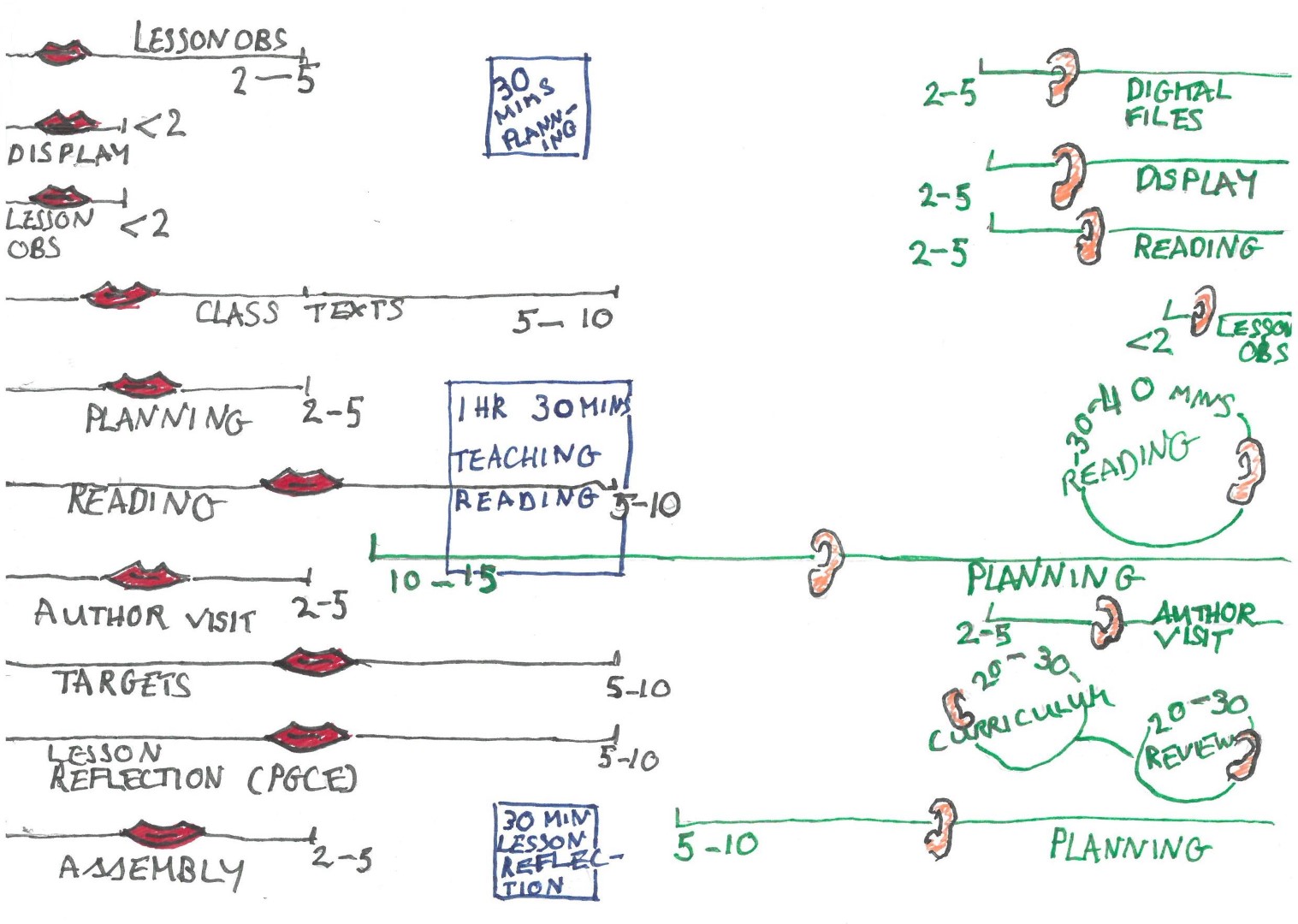 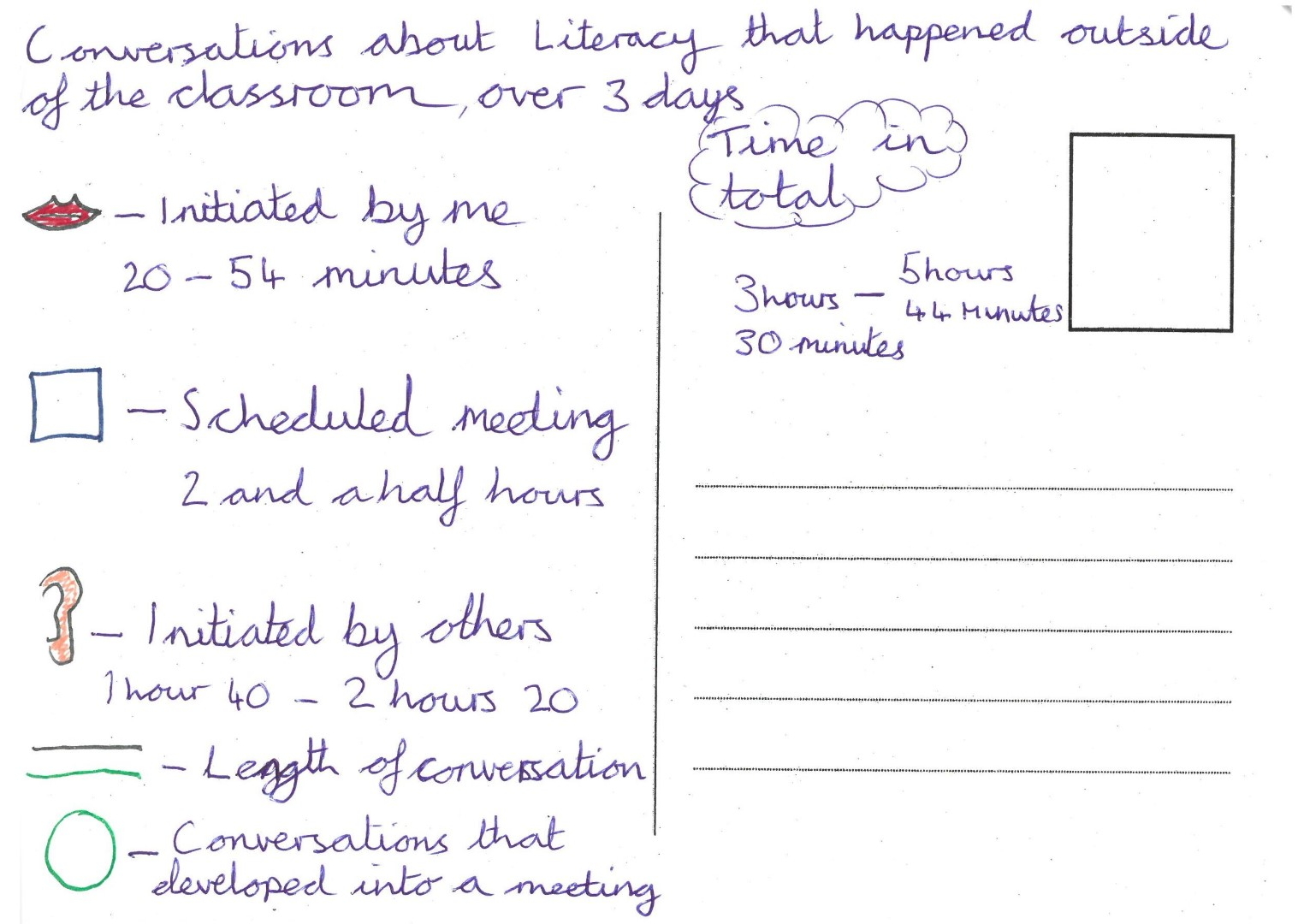 "I'd sort of expected it to be a lot more of people talking to me. I think the balance, it was closer than I'd expected because obviously there's only one of me and there's lots of other people who might want to talk to me about stuff so I think I'd kind of thought that I would be very minimal and that would be quite a – whereas actually it was more balanced than that ...

I just wonder whether there's that sort of perception that teaching is very much all you do is what you do in the classroom and there isn't a significant understanding of how much it is a case of trying to do what you do in the classroom alongside doing many, many other things. I think maybe that's some evidence of those other things that you're trying to achieve at the same time as being a teacher.

'Did you find the conversations valuable?'

I think in the most part they are. What I perhaps would say is that the conversations are far more valuable feeling, they felt more valuable than the scheduled meetings that I had."

Inspirations in and out of the classroom 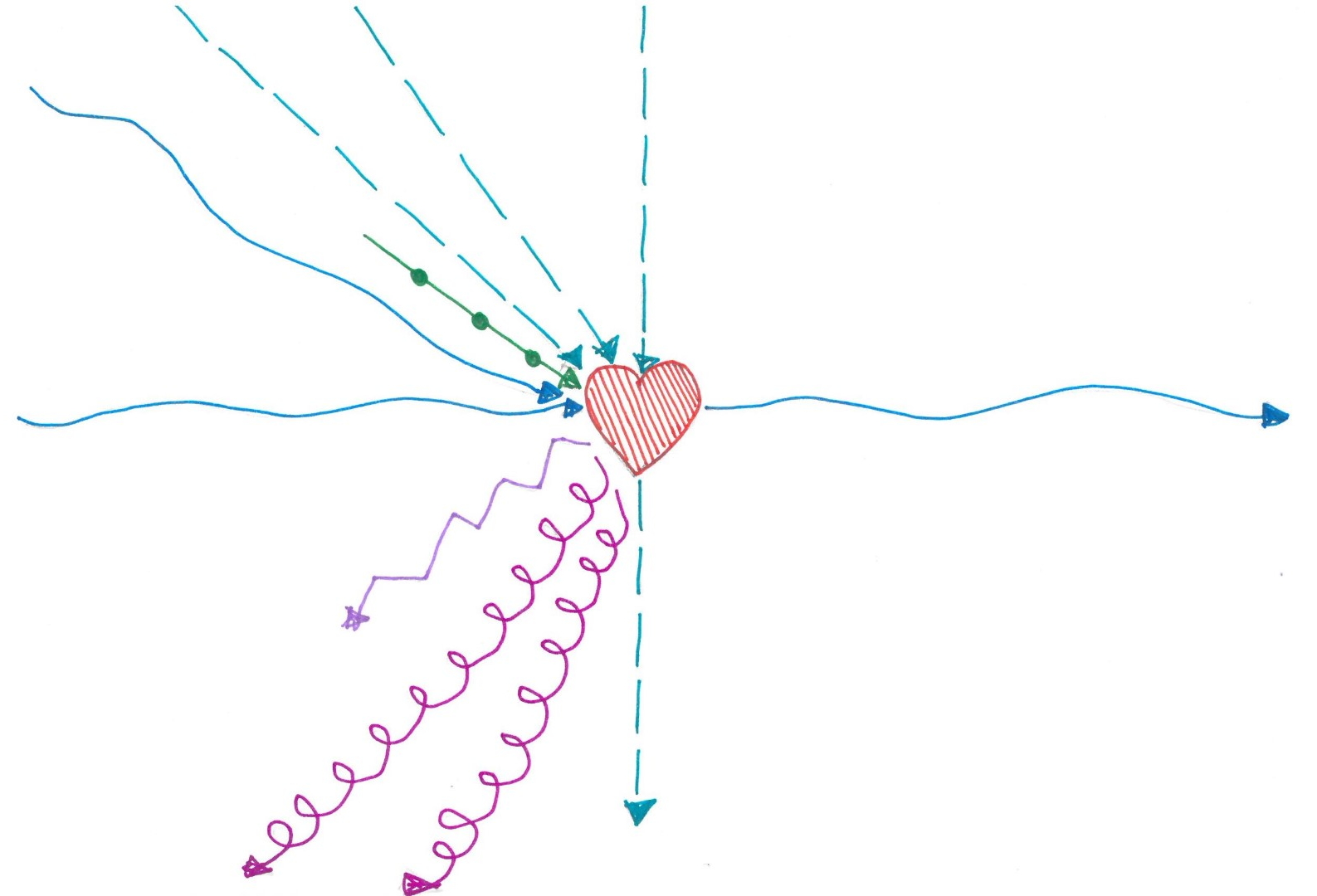 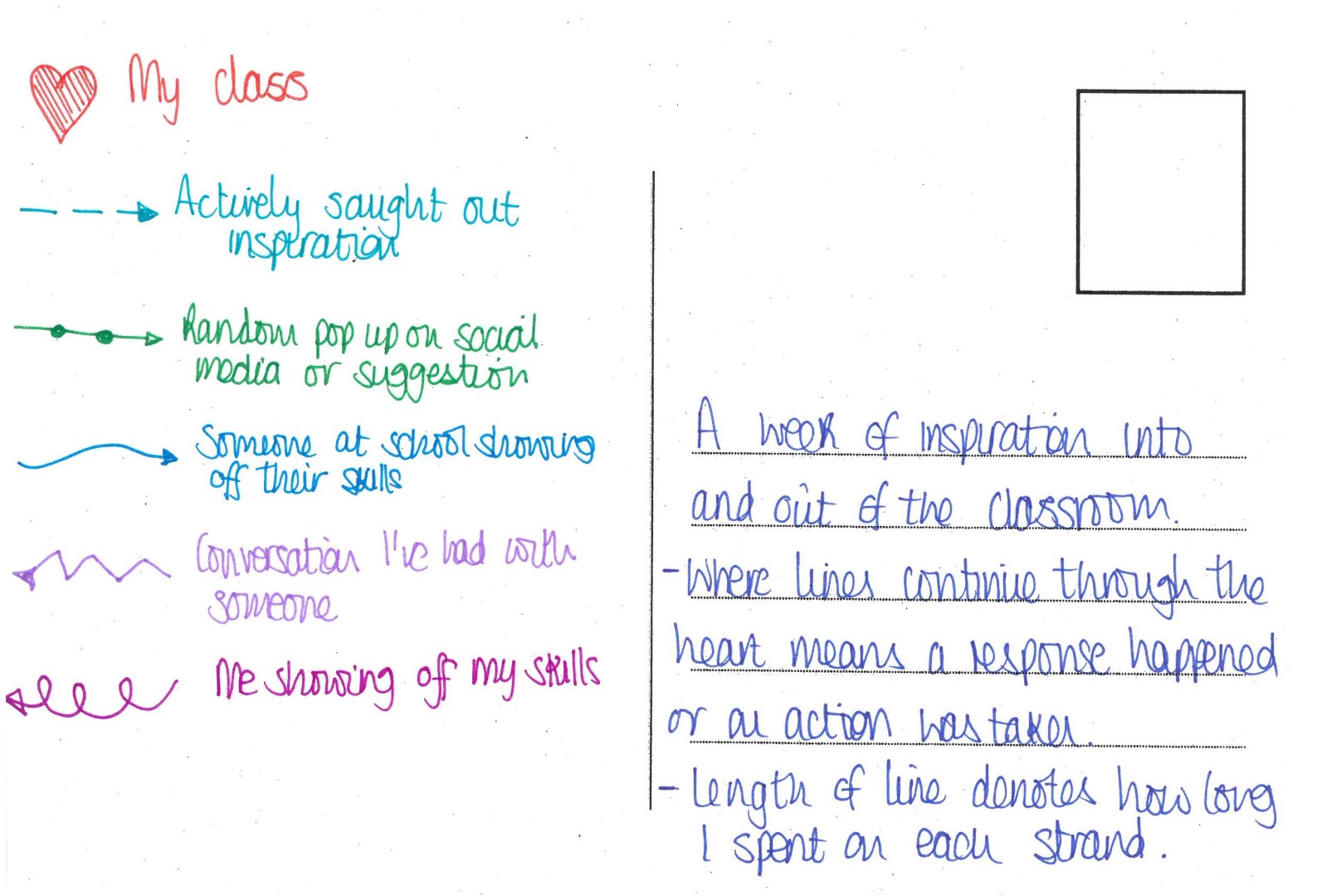 ‘Am I not inspiring others? Should I be? It's just sort of bringing up questions of what I do.’

‘I don't necessarily think they would actually, no.’

‘So then you probably just don't know that you've inspired other people.’

‘It's about your perception of inspiration then isn't it because if you've only done the one, the vocal one – […]’

‘You've only done the vocal ones though but how many times have you seen or shown somebody something and then walked down a corridor and heard them talking to somebody else about it or seen a book suddenly appear and you've thought, 'Ah, I mentioned that.’