I’m well aware of the date on which this blog post will be published. There’s a long tradition of memorable April Fools’ Day spoofs. One of the most-often quoted was a 1977 Guardian supplement lauding investment opportunities in the (sadly fictional) island state of San Seriffe, which apparently tricked a good number of people, but perhaps the most famous of all was the BBC spaghetti-tree broadcast. Voiced by the then impeccably reliable Richard Dimbleby, it was a three-minute hoax report broadcast on April 1st 1957 by the BBC current-affairs programme Panorama, apparently showing a family in southern Switzerland harvesting spaghetti from the family “spaghetti trees”. Pasta was not widely known in Britain in the 1950s and – so the story goes – the BBC switchboard received a fair number of calls asking for more information on spaghetti tree cultivation. In 2009, CNN called the spaghetti tree broadcast “the biggest hoax that any reputable news establishment ever pulled”.

There are any number of reactions to the story sixty-odd years on: “how could people have been so credulous?” Before you pursue this line, take great care in the news stories you read today. Or “how deferential must people have been to believe anything – anything – which was broadcast by the BBC”? Again, before you pursue this line, reflect on how credulous too many of us are about internet stories. Or we might do a double-take: “what –you mean people in the UK didn’t eat pasta then?”. Times change, of course. A few weeks ago, I was with a group of alumni who’d graduated at various dates over the past twenty-odd years. Those who’d studied in the 1990s were recalling that they had to go to the library to use the internet because there was no Wi-Fi and a more recent graduate said “what do you mean – there was no Wi-Fi?” But the transformation of diets over the past couple of generations has been remarkable. Like many people of my generation, I grew up in a determinedly meat-and-two-veg household, with the vegetables boiled long enough to safely sterilize them. Pasta, olives – olive oil was bought in small bottles from pharmacies for medicinal purposes, green and red peppers, Mediterranean diets, rice: these were exotica, treated in most households with something approaching suspicion – a suspicion my father never abandoned. 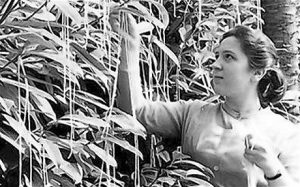 CNN called the spaghetti tree broadcast “the biggest hoax that any reputable news establishment ever pulled”.

All of this connects with a theme from my last blog post. It was a theme which attracted a good deal of attention within and beyond the University. I wrote about some of the cultural divides which have scarred the nation since Brexit, and the sheer difficulty involved in healing them. It’s arguable, at least, that you can see some of that in the 1957 spaghetti-tree broadcast. However amusing it appears in hindsight, the joke was playing on a level of ignorance generated by stubborn insularity in large numbers of people. There’s reasonably good evidence from current social surveys and psephological analysis that the divisions which have both generated and been exacerbated by Brexit are cultural: between instinctive social liberalism and social conservatism, between a predilection for openness and diversity and a predilection for traditional community and homogeneity, perhaps between olives and boiled cabbage.

It’s clear enough where universities stand on this. By inclination, we are for energetic engagement with the new, for diversity, for the exchange of ideas, for openness. But it’s no good either to close ourselves off from dissenting and critical voices, or to regard those who take a different view as somehow simply ignorant. We have to engage. I don’t have easy answers to this – no-one does – but there are things which this university has already done which represent, at least in part, my answer to the problem. At Sheffield Hallam, we use the phrase ‘leading locally and engaging globally’ for a reason: we are trying, in our work on education and health, to reach out beyond our comfort zone. In education, our South Yorkshire Futures programme engages with colleagues and schools across the region, and HeppSY+, our National Collaborative Outreach Programme, has an outstanding schedule of work with schools and young people from traditionally hard-to-reach communities: I spent last Tuesday morning with the HeppSY+ team and was blown away by the quality of the analysis and interventions they are leading. In health, our Advanced Wellbeing Research Centre, now being built in Attercliffe, is reaching into materially deprived parts of the community to make measurable differences to health, exercise and wellbeing.

But we also need to build our engagement with the community into our routine work as a university. We’ve set an ambitious expectation for all our undergraduate courses from 2019-20: that they will all embed work-related learning at every level of the degree. This makes sense for students, developing skills and attributes which will help them shape their own futures, but it will also bring more of our students, through a wider range of placements, into routine contact with the wider community. That means, of course, that the community will engage more with our students. Beyond this, following our Board Chair Lord Kerslake’s report on the civic role of the university, we have begun work which will produce the University’s strategic civic agreement, setting out our aspirations for our role in the region.

2 thoughts on “Lessons from the spaghetti trees”