I was in Germany when Theresa May’s ‘meaningful vote’ on Brexit took place last week: I had been asked by the German government to evaluate the University of Cologne as part of the country’s ‘universities of excellence’ programme. I was a member of a multi-national review team, which meant that late into the evenings of our work I was being asked to explain, if I possibly could, what has happened to my nation and its government. As parliamentary vote followed parliamentary vote, it provided almost impossible to do. I’d hoped that if I put off writing this blog, things would be a little clearer: but as I sit down to write it, on Thursday morning in a coffee shop in Cologne, that has turned out not to be the case.

I said to my international colleagues that, no matter which way you voted in the 2016 European Union referendum, the months (now years) since have been a catastrophic failure of politics, diplomacy and statecraft. Our political system which has proved remarkably adaptable to changing circumstances, has failed repeatedly. Government has failed to deliver a stable policy. In a Parliamentary democracy, weak governments are kept focused by effective Opposition. But the Opposition has been ineffective. Parliamentary procedures have failed us. Just two weeks before the government’s scheduled exit date, our future remains desperately unclear. Our evaluation panel in Germany was chaired by a former senior executive for IBM. ‘Explain to me’, she asked, ‘what has gone wrong in your country?’ I’m not sure I did this very well.

Brexit has thrown into stark relief deep divisions about political authority, cultural diversity, economic priorities and views of the world. There are always disagreements about politics and policy, but look into any of the debates about Brexit and you find something deeply disturbing: not vigorous disagreement but raw hatred; not diversity of view but bare fury; not energetic exchanges but malevolent venom, all amplified in the echo chambers of social media. Whatever happens next, there is a huge amount to be fixed, and fixing it is going to take enormous collective effort.

Beyond the minutiae of the arguments about the backstop, hard borders, tariff-free trade, common regulatory frameworks and the like, the entire Brexit argument has exposed the inadequacies of the UK’s political structures to deal with profound fractures in our society. The fissures are apparent at too many levels of society: between the still-prosperous south-east and the left-behind provinces; between the views of the world in Westminster and the quite different approaches in devolved administrations in Edinburgh, Cardiff and mayoral authorities including Birmingham, Manchester and Sheffield; not simply between but within the Conservative and Labour parties, each of which has essentially ceased to function. And, important for this University and all universities, a deep divide has been revealed between universities and their communities: universities have thrived on globalisation, on international contacts, on diversity and change; many of the nation’s ‘left behind’ communities have not received the full benefits. There is deep disagreement about the sort of nation we are and want to be. Even if, this week, the Prime Minister secures a Parliamentary majority for her deal, it solves little. A new round of arguments will begin immediately about our long-term relationship with the European Union, and with so little consensus, they will drag on for months or years to come. 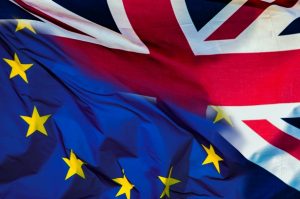 Brexit has thrown into stark relief deep divisions about political authority, cultural diversity, economic priorities and views of the world.

In the short term, the University has undertaken a detailed analysis of the potential implications of Brexit and, in so far as we are able, we have taken actions to minimise the uncertainty for students and staff. We know that our current research projects, and all projects submitted up to the date of departure from the EU, are underwritten by government in the event of a ‘no deal Brexit’. We welcome last month’s decision by the European Parliament to continue to fund UK Erasmus participation in 2019/20. We are doing all we can to make the University a welcoming and supportive environment for our EU staff and students, whose presence here is so important to us and helps to make us the community we are.

The deeper challenges and the deeper unknowns are longer-term. The UK government, responding to pressure from universities, has indicated that it would like to continue to participate in EU programmes of research – but with no agreement on the future relationship, that participation is unclear and cannot be assumed. The longer-term future for programmes of staff and student mobility cannot be taken for granted. I wish it were otherwise. Our strategic relationship with La Trobe University in Australia was not conceived as a Brexit mitigation scheme, but some commentators have seen it as a way of building a post-Brexit international perspective into our thinking.

As a citizen and as Vice-Chancellor, I am profoundly disturbed by Brexit. Sitting, as I still am in a coffee shop in Cologne to write this, I’m looking across at a table of young Germans – currently my fellow citizens – and I want a connected, European future for them and all our young people. Whatever happens next, universities need to do more to articulate the benefits of international co-operation; not simply building and sustaining international networks, but explaining and carrying their benefits to the unconvinced. Everything about the last three years of noisy political argument tells me that that is going to be hard work.