There’s a remarkable finding in one of the early reports from the Millennium Cohort Study – the vast research programme following the lives of 19,000 children born in the year 2000. The mothers were asked what they wanted for their children as they grew up.  More than nine out of ten said they wanted their children to go university.

And why wouldn’t they? Consistently, around the world, going to university has been the key to opportunity: we know that graduates are healthier, are better-off, are in better jobs than non-graduates.  We know that universities make a difference to individuals, to groups, to societies. And that’s one reason why yesterday’s University undergraduate Open Day attracted so many prospective students and their families, with sharp questions and keen interests, and why the work of students and staff in answering those questions is so important.

But there’s a problem.  Young people emerging from school differ in many ways, but they are, largely, similar in one:  they don’t have money.  Universities, on the other hand, are expensive things to run.  Those laboratories, libraries, digital technology systems, staff all cost money, and suppliers – and employees – are not content to take payment in the form of IOU notes.

Solving this large, obvious problem turns out to be a major public policy challenge. When universities educated small numbers of young people, money came from public funds.  That was sustainable as long as society wanted, and needed, relatively few graduates. But modern societies and economies are graduate-hungry. All over the world the number of young people in higher education has been rising sharply: more than a third of young people in the UK now go to university – and this is modest by international standards; more than half of American high school students and more than three quarters of South Korean students go to university.  Nick Hillman, former adviser to the Conservative higher education minister David Willetts, and now director of the influential Higher Education Policy Institute, has suggested that we should work to a target of 70% in the UK over the next twenty years.  At these levels of participation, public direct funding is not sustainable.

When the Coalition government was looking for significant savings in 2011, funding for universities was a prime target.  But, sparing higher education the spending cuts which were common across the rest of the public sector, it essentially shifted funding from direct public subsidy to student loans.  Instead of universities receiving their funding direct from the Higher Education Funding Council, students would borrow from the Student Loan Company.  The public interest in higher education would be preserved because a significant proportion of students would not pay off their debt; after thirty years it would be written off.   Students would begin to repay loans once their income rose above a threshold of £21,000.

This arrangement did several things: it protected universities from austerity and preserved their international competitiveness; and, perhaps even more important for universities, it meant (or seemed to mean) that their funding was no longer directly dependent on public spending decisions. Universities prospered. Unforeseen positive consequences followed: participation levels in higher education, especially from disadvantaged groups, rose. Many universities used their unexpected financial security to borrow for capital programmes which was a useful counter-austerity measure, generating employment and investment in many cities.   In Sheffield, for example, the two universities contribute over a billion pounds to the city economy.

But the downside was the proliferation of student debt, exacerbated by a series of perhaps predictable political decisions.  The abolition of maintenance loans after 2015 inflated student debt.  The decision not to raise the repayment threshold with inflation – despite a promise in 2012 – meant more and more younger graduates repaying loans earlier in their careers.  The application of a Treasury rule that interest be charged at inflation plus 3% pushed the rate up to 6%.  Universities ran up against the iron logic that a fixed fee of £9000 would eventually be eroded by inflationary costs. Governments – and others – continued to expect universities to undertake wider public roles, creating the impression that students were paying for this.

And so in 2017, the Labour Party campaigned to abolish student fees.  It was popular politically but made little economic or social sense on its own terms.  It would mean a huge resource transfer from the least well-off to the better off, who are still more likely to go to university and more likely to progress to better-paid employment.   It would shift the costs of higher education from those who benefit most to the public purse.   It would, for budgeting reasons, require the re-imposition of student number controls, limiting the number of university places.  But it has struck terror into the heart of government. 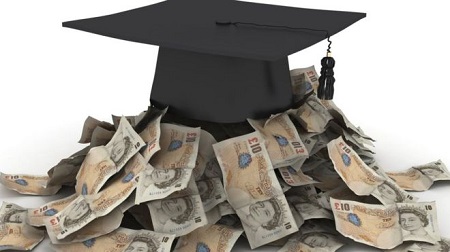 The Government has been contemplating reducing tuition fees from £9000 to £7500.

In response, the Government has apparently been contemplating reducing fees from £9000 to £7500 – a proposal under active consideration before this week’s Conservative Party conference. From a political perspective this is tempting, taking some, although almost certainly not enough, heat out of the fee situation.  But a lower fee cap also makes no sense.  It is a regressive proposal.  Those who would benefit are better off graduates more likely to pay off their loans. Far worse, it would drive universities away from providing expensive science and technology courses – which is hardly in the national interest.   And the economic impacts on communities will be disastrous.  If fees were to be cut, universities would need to retrench rapidly and severely.  Their positive economic impact on cities and regions would swing into reverse.  Finally, it would weaken UK universities, requiring them to operate at lower levels of investment just when competitor systems are expanding, drawing international students away from the UK, itself redoubling that retrenchment.

In fact, the Prime Minister’s announcements suggest an appreciation that there are no easy answers to how to finance higher education. The decision to raise the repayment threshold from £21,000 to £25,000 not only benefits less well-paid graduates, it also boosts the disposable income of twenty-something graduates at a time when they need it.   The suggestion, seven years after the Coalition’s reforms, of a serious and thorough review is welcome – although overnight commentary suggests that this is not quite what is on offer.. Universities are, at root, a shared resource – fulfilling student ambitions but meeting social needs, too.

There is a need to review the overall package for student finance.   My starting point is that a review needs to revisit the balance between public funding and student contribution. It should look again at aspects of student finance which most impact on students and graduates: maintenance support for students’ day-to-day living costs, the thresholds at which graduates begin repayment, the rate of interest on repayments.  It should return to vital issues about part-time support. A new settlement should balance the interests of students and society: we all benefit from well-educated doctors, nurses, teachers, architects, engineers and so on. We need to ensure that the UK has universities which are funded for the vital jobs they do in teaching, research, innovation and civic society. Those children born in the year 2000 deserve nothing less.

One thought on “In the news: sorting out student finances”