Last week, the government published the long-awaited independent panel report for the review of post-18 education and training funding. The panel, chaired by the former banker Philip Augar, was initially established by Theresa May in early 2018.  Its remit was to look at the long-term funding of universities and the balance between university-based higher education and advanced technical and vocational education. Headlines in early news stories were grabbed by the report’s recommendations that fees should be reduced from £9250 to £7500, that government should make up the shortfall to universities, and that maintenance grants for the least well-off students should be reintroduced.

Universities have been waiting for this report for several months. It was initially due to report in November, then January, and then slipped further. It should be stressed that the report’s conclusions are simply recommendations at this stage, not government policy, and so what, if any will survive remains highly uncertain. The report lands in a febrile political atmosphere: in the wake of the European Parliamentary elections in which both major political parties took a serious battering, and following Theresa May’s resignation as Prime Minister. The campaign for the leadership of the Conservative Party, and the premiership, has already begun, and most senior politicians seem too concerned with doing what they most enjoy – arguing ferociously with each other – to notice the publication of a major, complex, report on higher and further education funding.

The report may have been long anticipated, and preceded by any number of leaks, but it still managed to surprise. To focus on the headline recommendations is to do the panel and their report a disservice. It is a thorough piece of work, with 210 pages and more than fifty different recommendations. It looks to re-engineer the entire post-18 education and training system, and it is a much more serious and thorough piece of work than the Browne Review of 2010, which laid the basis for the current student fee regime. 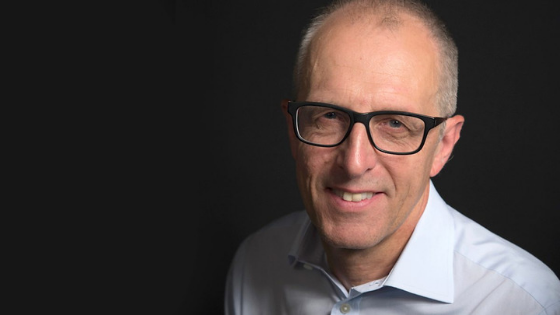 There are challenges in this report for universities, and I’ll come to these in a moment, but there are challenges for government too. Government, which asked Augar as Chair to make recommendations that did not add to public spending, is in fact asked to find an additional £6 billion a year to make good university funding shortfalls and to enhance funding for further education colleges. As I write this, at – in every sense of the phrase – the end of May, it’s difficult to predict what will happen to the more challenging recommendations in this report. This review was strongly associated with the (current) Prime Minister, and reportedly with her concern that high levels of student debt, which are a consequence of the current funding regime, impacted badly on the Conservative vote in the 2017 General Election. Bringing about change in higher education funding is a fiendishly difficult job, requiring a good deal of careful political thought and attention to technical detail, with some counter-intuitive complexity: the recommendation that the threshold for beginning to repay student loans should fall, and that graduates should repay loans for forty, not thirty, years are both regressive and hit less well-off graduates hardest. But this is a bad time to capture politicians’ attention. If all of the recommendations were to be adopted and implemented exactly as in the report, that in itself would be a first for any expert report in the history of UK education.

That does not mean that this report can be disregarded. It’s a serious piece of work with some tough challenges for universities on finances and on provision. Although the report urges that income lost as student fees are cut should be made up by government, there are two caveats. First, it recommends that the current fee is fixed until 2022/23, before any inflation uplift in government funding. The consequence of this, given inflation in the wider economy is a short term cut of about 11% for universities and then a requirement to operate at a lower resourcing level indefinitely. That means a hard look at the way we work. Secondly, although the report does recommend that government finds the money to backfill the gap in funding created, it does not do so directly: the recommendations are quite complex and essentially assume transfer of resource from some subjects, largely arts and humanities, to others, largely science and technology, and from some universities, those with a poor record on widening participation to others, those with a stronger record on widening participation. Government, unlike now, would make decisions about the allocation of resources across the sector, including strategic guidance on the number of places in different subjects. The overall consequence of the report, if its recommendations were all implemented would be a return to a more cash-constrained, more centrally-managed higher education sector.

That said, the most far-reaching parts of the report relate to the boundary between further and higher education which has become extremely blurred. The intention here is to move to a more level playing field between different post-18 options, with greater support for more part-time study, opportunities for students to interrupt and return to study and much stronger sub-degree exit awards, all of which require complex planning. The recent growth in foundation year study in universities is something the independent panel does not like at all, regarding it as an attempt by universities to create four-year degree provision, although its proponents of foundation year study cite its importance in successfully widening participation. This part of the report is perhaps the most complex and technical, requiring hard-headed thinking by government and a determination by universities and colleges to be much clearer about the way they work together.

Tucked away on page 204 of the report is a slightly plaintive plea. “Implementation”, it says, “must be planned carefully with adequate consultation and transition time. If introduced individually and out of sequence many of the reforms could lead to sub-optimal results”. This is certainly right, but it is the perpetual complaint of the technocrat: a complex, interlocking set of policy proposals is put together and politicians are told not to cherry-pick. But life, and politics, are never like that, and for all the technical intricacy of the report it may turn out to be politically naïve. It’s important that no rash decisions are made in this or any institution on the basis of the report alone: there’s an awful lot of arguing, lobbying and politicking, in what were once smoke-filled rooms, to come.  At Hallam, we will be looking hard at the report through our own Augar task group and considering how it interlocks with our strategy. But this report has captured something important about universities – a sense that their funding model has not captured widespread public support, that some have behaved in their own rather than their students’ interests, and that too many have lost the habit of working together for the common good. The challenge now is to find practical ways of doing this.