Traditionally, it’s the time of the year to look ahead and make predictions about what the New Year has in store for us.  But predictions are – mostly – a mug’s game. The New Yorker magazine had great fun a couple of weeks ago revisiting an article it published in 1968, in which it invited contributors to think about what technology might make the world look like in 2018.  Jill Lepore, Harvard historian and New Yorker staffer, makes two points: “most of the machines that people expected would be invented have, in fact, been invented. Second, most of those machines have had consequences wildly different from those anticipated in 1968”.

If it’s true that predictions – about life, society or the winner of the 3.15 at Pontefract – are generally pretty misleading, it’s pretty obviously true as we look ahead to 2019.  Politics in the UK – and around the world – are in flux.  In theory, on March 29ththe UK leaves the European Union.  In doing so, it leaves the framework for the economy, law, politics and diplomacy which has served us for the last forty-five years.  But as I write this, with a weakened government defending a universally unpopular negotiated deal for leaving, neither Leavers nor Remainers are confident about what the nation’s international legal position will be in just eighty-one days.  That’s a massive uncertainty sitting over this university and every other organisation in the country.  With such an uncertainty, who could possibly predict anything about the year ahead – other than uncertainty?

We understand that during January, Philip Augar and his advisory panel will put the finishing touches to their review of post-18 education, including finance, with publication expected in February. The stakes are high for all universities.  There is political pressure on Augar to recommend a cut in fees, with or without compensatory public funding to make up the shortfall, to revisit arrangements for student maintenance and to consider the economic balance between universities, apprenticeships and further education.  As I’ve written before, this is complicated territory. Reducing university fees may sound like a progressive, good news policy for young people, but it is a policy which tends to favour the better off and it denudes universities of their ability to offer the highest quality of higher education.  Philip Augar and his colleagues need to balance political expectations, economic reality and their own crystal ball about the long-term needs of economy and society. 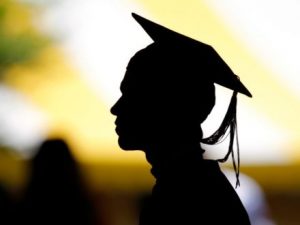 The year ahead is one of unknowable uncertainties for this, and every other, university.

Not far behind Augar come those uncertainties of Brexit or the political tensions which will accompany no Brexit, creating yet more instability for our European students and staff, who play so important a role in the University, and for the UK’s longer-term participation in major European Union research programmes.

In the summer, we arrive at the culmination of the 2019 university admissions round. The number of eighteen year olds in the United Kingdom continues to fall. By 2021 there will be 20% fewer eighteen year olds than there were in 2012. This demographic dip coincides with ever sharper competition between universities which followed the government’s 2015 decision to abolish student number controls. We just don’t know how difficult the 2019 admissions round will be – but we can be reasonably sure that it will pose significant challenges.

The year ahead is a year of unknowable uncertainties for this, and every other, university. There’s an old question: what do you do when you don’t know what to do?  In her New Yorker piece, Jill Lepore looks back on 1968 and observes that “people went ahead and built [technologies]… without worrying much about the consequences, because they figured that, by 2018, we’d have come up with all the answers”.  In that, of course, they were quite wrong.   But there are some sensible things which can be done:  in times of challenge, you need to get yourself into the best possible state so that you can withstand difficulties.   We do, this year, see the fruits of planning and thinking which has been going on for the last couple of years.   The professional services operating model transitions from planning to reality across our academic administration from this month. The new Hallam Help facilities fronting a revamped approach to the way we deliver services to students: a more integrated, joined-up and consistent approach to delivery.  The University’s ambitious estates plan takes major steps forward with twelve months’ work beginning on the city campus atrium.  We will complete work on academic organisation.  We’ll do these things because we need to put the University into a shape which means it can react quickly to a changing external environment, at a time when many of our competitors have reduced costs and complexity quickly, to realise our ambition to be a genuinely world-leading applied university.

The future is always unknowable.  Jill Lepore’s New Yorker piece appears under the title ‘Unforeseen’.  And, of course, it wouldn’t be at all engaging if the future was anything other than unknowable.  Happy New Year.