There were other stories in the news last week but you had to look hard to find them under the hailstorm of Brexit-related developments.  Several of them related to universities and the role they play in society. On Friday, the Sutton Trust released a report on ‘elite’ private schools and access to Oxford and Cambridge.  The headline was stark: six private schools, thought to include Eton and Westminster, plus a couple of big state sixth-form colleges, sent more students to ‘Oxbridge’ than three thousand state schools put together. As a measure of education, and wider, inequality, it was almost mind-boggling, and the maps accompanying the report revealed the chasm between admissions to our two oldest universities by local authority. In vast areas of the country, almost no young people progressed to Oxford or Cambridge.

Sir Peter Lampl, Founder and Chair of the Sutton Trust, laid a good deal of the blame for this situation at the door of Oxford and Cambridge, who need, he argues, to rethink their admissions. Although there’s some truth in this, it’s also the case that the so-called ‘top’ public schools’ business models are based on achieving this sort of access. They are very rich, lavishly resourced and in their own terms highly successful: they are giving their customers pretty much what the customers are paying for. There are some other things to be said about the Sutton Trust report. The Sutton Trust is a charity, founded by the hugely successful businessman Lampl, to change life chances by improving access to ‘elite’ universities. The intentions of the Sutton Trust cannot be faulted, but its definitions can sometimes be circular: the Trust is concerned with the gap between social and academic elitism but its definitions of social elitism are often self-referencing; an ‘elite’ university is one that is socially selective, but well-known class differences in attainment mean that there’s no independent measure of academic attainment. It’s arguable that the work of the Sutton Trust, which is well-funded and has an excellent communications team able to get top news billing for its reports, perpetuates the problem as much as combatting it. There are only a limited number of places at Oxford and Cambridge, and in what is essentially hyper-selectivity, inequalities are almost inevitable. 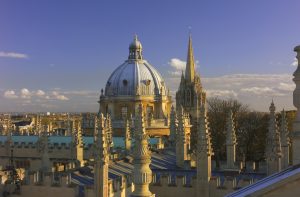 As it happened, the day before the Sutton Trust report was released, I was a participant, with a small number of other vice-chancellors, in a small round table discussion on universities and social mobility with the Secretary of State for Education.  This discussion picked up on something else: the release, about a week earlier, of a report on labour market returns on undergraduate degrees, built on the so-called LEO dataset.  LEO – Longitudinal Educational Outcomes – is based on linking HMRC tax data to educational data sets and enables researchers and policy-makers to look, over time, at earnings trajectories based on universities attended, subjects studied and so on.  LEO tells us four main things. The first is that there is little gender gap in graduate earnings until large numbers of graduates have children, at which point a large gender gap opens which seems extremely difficult to close. The second is that there are sharp differences in earnings by subject – graduates in medicine and economics do particularly well.  The third is that whilst there are differences by university, they are relatively slight compared to subject differences, except where those subject differences interact with hyper-social selectivity.  This is quite a complicated point and perhaps worth explaining: economics graduates from Oxford, Cambridge or the LSE do very well indeed financially, but there’s little difference between economics graduates from other universities.  A different example might make the point. On my reading of LEO, graduates from Sheffield Hallam – a northern, comprehensive university – have slightly stronger, but essentially comparable earnings to Exeter, a southern, Russell Group university. The fourth thing LEO tells us is one you may have guessed: social and economic inequalities students bring into university are highly influential in long-term outcomes.

The discussion with the minister was wide-ranging and open. We talked about the importance of work experience and of universities building confidence and ‘social capital’. The latter is a complicated term, and not, I suspect, always used with precision, but generally refers to social confidence, networks and comfort in new or challenging social environments. We talked about the challenges facing first-generation entrants to higher education and especially those working to fund their studies. We talked about the importance of widening aspirations and creating opportunities: all things we have prioritised at Sheffield Hallam, and at which we need to continue to work.

One thought on “Room at the top?”