Last Thursday, a new political entity came into being.  There wasn’t much fanfare, and the election of the mayor for South Yorkshire elicited a low turnout typical of local elections, following a fairly low-key campaign which, I’d guess, many people in the region may not have noticed happening.  Nonetheless, the new South Yorkshire mayor now has a huge opportunity to shape the economic, social and cultural identity of this region in a way which has not been possible for at least a generation. Dan Jarvis, the former paratrooper who is currently MP for Barnsley Central, has the task of turning that opportunity into hard-headed political reality.

The birth of the Sheffield city region combined authority has been difficult.  Anyone with a serious interest in the twists and turns of the devolution deal needs endless patience and an eye for complexity. At conception the vision was of a city region based largely on Sheffield journey-to-work geography, drawing in not just the four South Yorkshire local authorities of Sheffield, Rotherham, Barnsley, and Doncaster, but also five north Derbyshire local authorities.  However, after a judicial review of the original consultation process, the five Derbyshire authorities fell by the wayside.

The four South Yorkshire local authorities found it difficult to agree on the nature of the devolution deal. At least two of them openly expressed their strong preference to be in a whole Yorkshire arrangement rather than a South Yorkshire one.  Tempers became frayed. Local referenda were held – with predictably low turnouts.  The consequence of all this is that Dan Jarvis has been elected to an office which as yet has no powers, other than to chair meetings of the combined authority, and no budget. All four local authorities need to consult on mayoral powers before the government can confirm devolution, and release the gainshare funding of £30m per year over thirty years – itself a relatively small sum, but with the potential to leverage in other public and private funding. 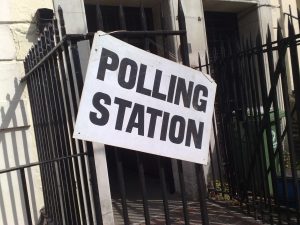 Despite all that, this is a hugely significant moment in the development of Sheffield and its region.  Before Brexit cast a baleful shadow over thinking about the longer-term development of Europe, there was a good deal of analysis arguing that the future of Europe was as a union of cities and regions.  In the UK, the development of mayoral authorities in Manchester, Birmingham and London has seen the rise of influential civic leaders – serious figures like Andy Burnham, Andy Street and Sadiq Khan. Continental Europe is further down the track. In France the former Prime Minister Alain Juppé became mayor of Bordeaux;  like his counterparts Anne Hidalgo in Paris and Ada Colau Ballano in Barcelona, he has led the way in urban and civic renewal, exercising strong influence on the region in the process. The transformations of Bordeaux and Barcelona in particular have been striking.  As the Sheffield city region mayor, Dan Jarvis will not just lead the long-term development of the region, building coalitions to drive change and improve prosperity, but also define the office itself.  It’s now a little over a year since Sheffield Hallam, working with the University of Sheffield and the Sheffield Teaching Hospitals Trust, set out our shared vision for the long-term prosperity of the city region – and now we look forward to working closely with the Mayor to make that a reality.

A number of Sheffield Hallam-led projects are central to this. For example, the development of a Health Innovation hub at the Olympic Legacy Park, which will contribute to economic growth and the quality of life in and beyond the region. Our South Yorkshire Futures social mobility partnership, which is focused on improving educational attainment and raising aspiration. Our expanding degree apprenticeship provision, providing a new talent pipeline to increase productivity and address skills gaps.

In their book, The Smartest Places on Earth, Antoine van Agtmael and Fred Bakker draw on an analysis of former industrial cities which have carved out a successful post-industrial future.  Roger Eccleston, our PVC for Research and Global Engagement, suggested I read it.  I pointed Dan Jarvis in the direction of the book when we met a few weeks ago. For van Agtmael and Bakker, the collapse of old extractive and manufacturing industries in often rust-belt cities left talented underemployed people who turned crisis into prosperity. Universities became innovation hubs. Abandoned buildings were re-purposed into coffee shops, wine bars and offices for start-ups. Civic leaders mobilised to draw in new talent, most especially “connectors” — individuals or groups able to plug in to business networks. The Financial Times called the book, not inaccurately, a ‘two hundred and sixty-six page TED talk’. It has to be said that the authors’ American evidence is stronger than their international evidence – Cambridge may now be a triumph of innovation-led growth, but it was never a decaying industrial town.  Nonetheless, the book as a whole is compelling about the power of knowledge-driven innovation, with universities at the core, to make a significant impact in areas abandoned by traditional employment.

I’m sure of the power of cities and their regions to drive successful change: arguably, there are four thousand years of urban history to cite in favour of the argument.  The task in the twenty-first century is to focus on the contemporary infrastructure which makes it possible: an innovation-rich economy, high quality digital connectivity, universities, cadres of highly educated people, a cultural offer which makes a city compelling.  Dan Jarvis, as mayor of the Sheffield city region, has the opportunity of a political lifetime to make a tangible difference.

One thought on “No fanfares, but a moment of opportunity: devolution arrives”