Last week, I used my blog to set out the reasons why I believed that the UK should remain in the European Union. As the last Prime Minister who took us into a referendum is reputed to have said, “a week is a long time in politics”, and one week on, the landscape looks very different. Contrary to expectation, the nation has voted to leave the EU.

The implications will be profound: extending beyond the market, economic and political turbulence of the next days and weeks, the result will change this country. There is turbulence on stock markets. The Prime Minister has resigned.  The opposition is in chaos.

The outcome reveals serious divisions across the country. Last week, I wrote that in large tracts of the UK the very things driving excitement in universities – the free flow of people, challenging ideas, questioning received wisdom – look unattractive, and it seems that those parts of the country voted decisively to leave. Scotland, Northern Ireland, London and some university cities – Cambridge, Oxford, Bristol, Liverpool, Manchester, Leeds, Norwich, Exeter – voted to remain. According to the demographic breakdown of voter behaviour, generally speaking, younger people voted to remain. Better off people voted to remain. Graduates voted to remain. Older people, rural towns and smaller cities, older industrial areas, worse off people and those with lower level or no qualifications voted to leave. 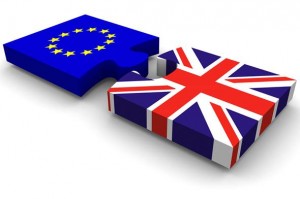 These divisions are now deeply embedded in the United Kingdom. There is a serious economic challenge: just before the vote, someone pointed out to me that the economy of London and the South East of the country is growing at over 5% per annum, which means, given a national growth rate of about 1.5%, that much of the rest of the country has been in recession since 2008. Addressing the deep economic disparities which have generated a Brexit vote will demand radical rethinking of economic and regional policies: hitherto, regional policy has depended on EU structural funds.

The impact of the UK-wide vote on Scotland and Northern Ireland will reverberate for years to come, irrespective of any move to a second referendum on Scottish independence. The decision to leave the EU will reintroduce an international border on the island of Ireland; nationalist politicians there are already calling for a referendum on a united Ireland. Nationalism always makes for unpredictable politics.

Beyond this, the decision to leave the EU will mark a truly decisive revision not just of short term economic and political policy, but of the UK’s entire foreign and diplomatic policy for something like half a century.  It will mean replacing over 80,000 pages of legislation covering legal practices, finance, criminal justice cooperation, environmental protection and trade. It took Greenland three years to negotiate an exit, and, essentially, they only had fisheries policy to discuss. The ‘Article 50’ rules require exit negotiations to be completed in two years.

This is a genuine turning point in national life. The UK has always been ambivalent about the European project. Winston Churchill was an enthusiast for a United States of Europe, but the UK did not involve itself with the early work of Jean Monnet which laid the foundations for the Common Market. Peter Hennessey comments that Monnet was a clever, left-wing, French, Catholic bureaucrat, which gave the British at least five reasons to be suspicious. Edward Heath, who had fought in the Second World War, was a passionate Europhile and took the UK in during 1973, but at different times the EU has divided both Labour and Conservative parties. It has now done so decisively, and a forty-year relationship is terminated. In the 1960s and 1970s, civil servants came to see that membership was essential to sustain post-Imperial Britain. How the UK – if it survives – finds a global role outside the EU is unclear.

There will be impacts on the University, but it will take time to work them through. Many will not be clear until we know what the exit negotiations look like. Sheffield Hallam is a university which has been successful in securing EU funding to support research and development and to sustain outstanding research networks. We will want to preserve them. ‘Brexit’ campaigners gave an assurance that universities would not lose out and that the science and innovation budgets would be maintained. Whether and how this is achieved will be critical, but if the geography of the vote leads to a rethinking of UK regional policy, universities will be critical.

We want to reassure the University’s EU staff and students, who play such an important role in the life of our community, and who we value enormously. They will need all our support.  There will be work to do, once Brexit is completed, to ensure that future EU students, who may be formally regarded as international students, are welcome. UK universities will want to talk to government about funding and mobility arrangements. Erasmus agreements will need to be reviewed.

I was open about my preference for remaining in the EU because, like all other Vice-Chancellors, I believed that membership was strongly in the interests of UK higher education in general and Hallam in particular. I do, therefore, think that the UK has made a serious mistake, but whilst it’s never pleasant to be on the losing side, the result has to be respected. As the situation develops, the University will decide how it can best act.  I have already established an EU task group, chaired by Phill Dixon, Director of HR, to advise on how and when we need to take decisions.

At a time when many voters have chosen to express frustration with the way economic and social changes impact on their lives, there is a desperate need for what this University stands for and what it can do. Our instincts are to be inclusive, imaginative and innovative. If I am right that regional policy will become more important, then the University’s anchor role in the Sheffield City Region is likely to be yet more significant.  In times of change, universities are stable, enduring institutions. We need to redouble efforts to connect the city and region to the wider world, through our teaching, research and innovation programmes. Our engagement with the world remains as strong as ever and will be yet more vital to our students, staff and partners. The outcome is desperately disappointing – especially for the nation’s young people, who voted by a large margin to remain in the EU.  In the way we respond, we must not let them down.

One thought on “After the referendum”