I was scammed a couple of weeks ago.  It began plausibly enough: an apparent LinkedIn message from a senior politician who I know a little.  It was soon clear, from the content of the torrent of messages that followed, that he’d been hacked and his connections were being targeted.  I clicked out of the conversation feeling very stupid, and long before anything more than my pride had been damaged.

The Internet wasn’t meant to be like this. In the 1990s, which seem now far more remote than twenty-odd years ago, there was enormous optimism about what the Internet would do. It would connect people.  It would make the world’s knowledge available to all, opening up libraries, galleries and archives virtually. It would democratise. It would create a new economy. It would, in Google’s mission statement formulation, “do no evil”. That now seems a long way off. The Internet took on the characteristics of hastily-thrown-up frontier towns in the Wild West.  First came the swindlers and gamblers, not far behind them the pornographers, and then followed the hate-merchants; money, sex and prejudice all thrown in together.  The cacophony of intolerance and cheating has drowned out what now seem naïve hopes that digitisation would usher in an era of open knowledge, free-flowing ideas and new opportunities.  Identity-theft, cyber-crime, online bullying and appalling sexual exploitation have become everyday news stories. Increasingly, it’s the perversions of the Internet rather than its exceptional responsiveness and connectivity which dominate our thinking.

For higher education, essay mills are a particularly pernicious growth industry of the digital world.  For those not familiar with this term, “essay mills” are online companies that facilitate cheating by producing assessments-to-order for students. In some ways they are not new. It’s always been tempting for some students to pay someone to do their work for them. However, the Internet has vastly eased the relationship between customers and suppliers and, with the world-wide growth of higher education, has fuelled the growth of these essay mills. 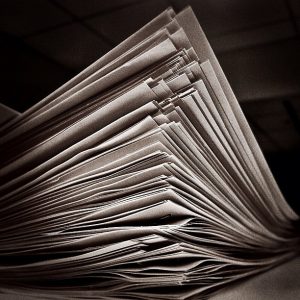 Essay mills are a particularly pernicious growth industry of the digital world.

The business model is simple, but perverted: you have an essay to write, you are time poor. For a fee, the essay will be written.  Crooks will do it for you: the fee depends on the length, the standard you are looking for, and the deadline you are facing.  I don’t use the term “crooks” here lightly: that is what they are.  They are frequently found to be mis-selling their services: assuring students that the assignments they provide are “plagiarism free” (they are not) and that universities endorse their services (definitely not). We have even seen such horror stories as these companies threatening their “customers” with exposure to their university or future employer if they do not pay a further fee.

My objection to the use of these services is not about an academic fetishism with referencing systems (brackets, dates, footnotes, italicised titles and the rest) but about understanding that learning is based on integrity and scholarship: showing that students have read, understood and been influenced by the work of others; that they can explain those influences; and that they can then explain how what they are doing is new or different or just, perhaps, a clear explanation of what has gone before. Education is not about getting grades. It’s about thinking, about being an active participant in learning opportunities.  If some of that is difficult, well, difficulty is the point.

At Sheffield Hallam we understood the implications of essay mills several years ago, and have not only put in place serious consequences for students who are found to have used them, but have worked closely with our Students’ Union to understand how and why a student would find themselves in such a situation, and worked to address this cause.  Our Academic Development team have been working with course teams to develop “authentic” or “real-world” assessments which also help students to develop time management skills. We have blocked access to essay mill websites from the University servers, so that if students inadvertently come upon them, a clear message advises them to seek alternative support from our Study Skills team.

However, no matter how hard we try, the advertising of these companies continues, via social media, posters and leaflets appearing throughout our campus buildings, or direct messages sent to students and staff offering their services. Rooting out the manipulative and targeted advertising of these services is absolutely essential.  If it’s difficult for the University to police what are (essentially) fly-posted advertisements, it’s impossible to police social media advertising – again, doing a routine search for an academic paper the other evening through my home internet service provider, I found myself landing on an essay mill site.

I wholeheartedly endorse the current movement in the higher education sector to stamp out this pervasive practice, and recently joined over 40 university leaders in urging the Secretary of State for Education to introduce a legislative ban on operating or advertising an essay mill. I have also signed the petition to government to ban essay mills.  Wednesday this week is the International Day of Action Against Contract Cheating, and I would very much encourage others who care about the integrity of the UK Higher Education system to join me in signing this petition.

One thought on “Pernicious and undermining: essay mills”