There’s an old, and no doubt apocryphal, story about a newly-elected MP, who arrives in the House of Commons.  The newcomer sits beside an old hand and, looking at the benches opposite, says ‘I can’t wait to take the argument to the enemy’.  The long-serving MP looks appalled, and replies ‘That’s not the enemy.  That’s the opposition.  The enemy is behind you’. Perhaps also apocryphal, someone said to Ernie Bevin, the trades unionist turned 1940s Labour Foreign Secretary, that his fellow minister Herbert Morrison was ‘his own worst enemy’.  ‘Not while I’m alive, he’s not’, Bevin is said to have growled.

We’re two weeks into the annual party conference season: the Liberal Democrat and Labour Party conferences have happened and the Conservative Party conference takes place this week in Birmingham. Never have these old stories seemed more true.  For a century or more, our major political parties were uneasy but largely effective coalitions.  The Labour Party drew together middle-class white-collar socialists, metropolitan intellectuals and blue-collar Trades Unionists.  The Conservative Party held together patrician aristocrats, rural communities and free-market businessmen. The Liberal Democrats were created as a result of the forced marriage between centrist social democrats, old-fashioned Liberals and community activists.  In each case, the enticement of power proved to be enough to hold together politicians of wildly disparate views, at least in public.  No more.  The decline of class politics; the salience of new, pressing challenges including climate change, environmental degradation and gender inequality; and the ways in which social media allow virtual alliances to spread have eroded party political loyalties. The political space is emptying.  Mark Thompson was Director-General of the BBC and is now the chief executive of the New York Times – in receipt of almost daily denunciations from the social media populist Donald Trump. His book Enough Said: What’s Gone Wrong with the Language of Politics?, describes a political discourse in which there is no longer an assumption of good faith between opponents, “just a fight to the political death… in which every linguistic weapon is fair game”, so that “intolerance and illiberalism are on the rise almost everywhere”. 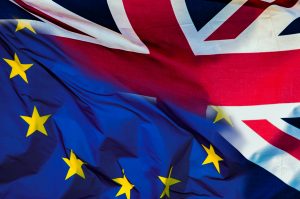 Brexit puts critical relationships for universities at risk and, with them, the norms of public debate in an open society on which universities are sustained

Brexit crystallises a good deal of this, and is an intractable challenge for party politics.  It’s difficult to see that our political parties are now united by more than divides them. The conference season is laying bare the contortions required of political parties to navigate the tensions between the available options, what their members want, what their core support looks for and the right thing to do.  It seems possible that our political system – for so long a guarantor of strong government and relative stability – is heading for a major realignment.  That’s happened in some European countries, where proportional representation and written constitutions have allowed new political formations to develop without destroying the overall architecture of the state.  In the UK, the fissures have been on public display at party conferences: the personality clashes mask deeper doubts about identity, ideology and policy.  Political debate has been coarsened, with deep undercurrents of unpleasantness.

Since 23 June  2016, I’ve been consistent in my view that Brexit – the identity issue par excellence – is an appalling mistake for the nation, its youth and its future.  And that’s true for this, and all universities.  The interests of the University, its students and its staff all depend on our networks of international collaboration, on openness and exchange of people and ideas.  I welcome the government’s intention to maintain participation in EU research and collaboration programmes including Horizon Europe and Erasmus/Erasmus+.  But this is a poor relation.  Our EU students and our EU staff are integral to our work; our close, easy working relationships with universities across Europe are things we have come to take for granted: they are part of our identity. The Prime Minister has recently announced that whatever the negotiation issues with the EU, the rights of EU citizens in the UK are assured. She has, at last, done the right thing, calling to mind Winston Churchill’s judgement on the Americans:  the United States, he said, will always do the right thing after it has exhausted every other possibility.  But Brexit still puts critical relationships for universities at risk and with them, it seems, the norms of public debate in an open society on which universities are sustained. It matters that our students have opportunities to study, travel and live abroad; it matters that our staff­—diverse and international—have accessible opportunities to research and to collaborate internationally; it matters that in an increasingly-connected world, universities are outward-facing and engaged.  It matters that ideas can flow freely. We owe it to our staff and our students to make the case for what universities do in the widest sense.  The most difficult discussions, of course, are with those who don’t want to listen. Making connections across divisions – something the nation and its leaders used to be rather good at – matters ever more.

This week I shall be speaking at a fringe meeting Sheffield Hallam is sponsoring with the Education Policy Institute at the Conservative Party conference on what the country needs from its universities.  I’ll be talking about the things which make universities invaluable, and especially at the time of national self-questioning: creating knowledge, shaping young people’s futures, driving growth and cultural value in communities, and, perhaps above all, connecting people across economic, social, geographical and global divides. That’s difficult when identity seems to be the defining issue in political discourse, but it is enormously important.  I’ll be talking about the place of universities in the twenty-first century economy, but also the importance of universities in a public culture which values evidence, debate, and well-argued explanations of challenging issues.

At the end of his book, Mark Thompson asks “What can you do?”, and, answering his own question, concludes “Open your ears.  Use your own good judgement. Think, speak, laugh. Cut through the noise”.

One thought on “Politics and the nation”