The English Civil War was at its height in 1645.  It was a dreadfully destructive conflict – recent estimates are that a greater proportion of the male population was killed or wounded in the Civil War than in the First World War 250 years later. The numbers were much smaller, but the proportion larger.  And the issues at stake were fundamental – sovereignty, politics, religion, identity.  Nonetheless it appears to have passed some people by.  Sometime in mid-1645, we have a record of a Northamptonshire farmer’s reaction to news of the two sides military maneuvering nearby:  he is reported to have said ‘what, those two at each other again?’.  In the 2017 election, the part of the Northamptonshire farmer was played by Brenda from Bristol.  On the day of Theresa May’s unexpected announcement of a general election Brenda, caught by a BBC camera exclaimed “you’re joking! Not another one!”. 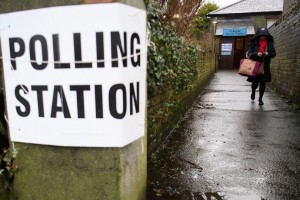 We’ll be heading to the polls on 8 June (photo: Getty)

Some people love elections: the cut-and-thrust, the sense of occasion, the sharpening of the argument and the forced choice which a ballot box imposes.  I’m not really one of them, so the prospect of something like fifty days in which ideas will be presented with cartoon simplicity isn’t something to relish.  On all sides, the ideas with be sketched ever more crudely – the blue a deeper blue, the red a deeper crimson and the orange a brighter, fake-tan orange.  There’s a sense, always, from politicians in elections that the future is simpler than it ever can be, that after election day hard choices will evaporate, when we all know the opposite is true.  Over the next few weeks, too many politicians will be behaving in ways which would see children sent to their rooms for a while to cool off. This might be a good time to source your online news from somewhere remote.  I can recommend the South China Morning Post, the Wanganui Chronicle, or the Otago Daily Times  – all are English language newspapers from the other side of the world.

The background issue in this election is, of course, Brexit.  It provides the backdrop against which everything else will be enacted.  It is more than likely that the task of legislating the United Kingdom out of Europe will clog Parliament for several sessions to come, making it more difficult for other legislation to be considered.  The Brexit legislation – which will be of fiendish complexity – will demand close parliamentary scrutiny whatever the make-up of the House of Commons.

Even if that’s not the case, the economic and social ramifications of Brexit will dominate government decision making, as new spending programmes need to be designed and new accountabilities for them managed, new regulatory regimes constructed and so on.  And alongside that, there will be trade, legal, regulatory and diplomatic negotiations of bewildering technical detail.

In this context, it is probably a relief that HERB became HERA (the Higher Education and Research Bill became the Higher Education and Research Act) in the very last days before Parliament was dissolved on April 28th.  The Bill had been much amended by the Lords – and, indeed, much improved. As a result it was at the end pretty well unloved by everyone – unloved by the Government because of the amendments they had been forced to accept, and unloved by the opposition because it was still not the Bill they would have wanted.  It looked, until a couple of days before the end of the session, that the Bill might fail.  Although the new Act provides some challenges, I think this was the right result.  The last substantive legislation on higher education was the 1992 Act which accorded university status to Sheffield Hallam and others.  The university world has changed enormously since 1992.  If HERB had been lost, it is most likely either that there would have been a post-election hurried bill, which would have been in no-one’s interest, or that the Brexit legislative tsunami would have left no room for higher education legislation.  As it is, given the other challenges facing universities, the next few years should see a relatively stable legal framework, even if there will be plenty of action around funding and the application of policy.

As for the election, my own track record on political prediction has been pretty dire recently (don’t ever accept a racing tip from me).  After the noise and fury of the next few weeks – which should largely pass you by if you stick to the Wanganui Chronicle — there will still be a complex, challenging environment for the University to succeed in, and, just as important, an exciting and compelling strategy for us to implement.

One thought on “The election, and the Wanganui Chronicle”