As Kathryn Schulz points out in her fabulous book Being Wrong, we all get things wrong, but rarely like to admit it. There are any number of reasons why we get things wrong: we look at the wrong clues in the evidence before us; we have the wrong prior beliefs; we fall back on stereotypes; we rely too much on other people’s knowledge and so on and so on. Schulz traces the experience of error through so many instances where the reader is simply left wondering ‘how could they have been so wrong?’ – but they were. In fact, she concludes at the end of her book, people are wrong so often and so comprehensively so much of the time that being wrong is almost a definition of being human – which gives her the book’s sub-title ‘adventures in the margin of error’. I strongly recommend it as an entertaining and diverting read. 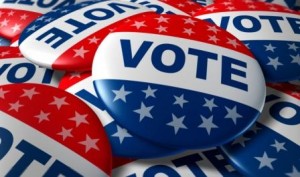 Almost everyone woke up on Wednesday to discover that their expectations about the outcome of the American presidential election were wrong. The polls, the predictions, the gut feeling all pointed in the same direction.  Pundits and the world reasoned that – offered a choice between a former senator and Secretary of State on the one hand and a coarse, brash reality TV star who had flirted with racism, misogyny and xenophobia – the American people could not get it wrong. But the world woke up to a Trump presidency. A few months ago that seemed a laughable idea – as ludicrous as when it was a plot device on The Simpsons.  When I went to bed on Tuesday evening it was predicted as a mere 9% probability.

As a campaigner, Trump revelled in his boorishness, and on up-ending assumptions.   He spent more money on campaign souvenirs for his supporters than on polling analysis. He described global warming as a Chinese hoax. He said he will abolish the U.S. Department of Education.  He threatened to ban Muslims from entering the United States.  He made comments about women which are simply too offensive to quote on this blog. He talked about higher education as ‘bloated’. His success has been attributed to a loud, angry yell of fury against the destruction of industrial jobs in ‘left-behind’ parts of the United States, against the erosion of traditional racial and gender hierarchies over the past half century, and to a yearning for a world of simple certainties.

The electoral evidence reported by the New York Times is clear. Trump’s simple propositions convinced enough American voters to deliver him the White House. High turnouts in rural and suburban America and in the decayed industrial towns of the New York-Iowa corridor secured the presidency for him. Older white males voted decisively for Trump. Rural America voted for Trump by 62% to 34%. Those over 65 voted for Trump by a margin of 53% to 45%. And education was a critical discriminator: 49% of voters with a college degree voted for Clinton against just 45% for Trump. 67% of white voters without a college degree voted for Trump. 58% of voters who had done postgraduate study backed Clinton against just 37% for Trump. In an increasingly divided nation, education proved a more reliable indicator of voting than income.  After winning the Nevada primary election, Trump declared “we won with the poorly educated. I love the poorly educated“.

Trump’s victory appears to be a defeat for almost everything that universities hold dear: their respect for truth and evidence, their belief in the value of rational debate, their commitment to the transformative powers of knowledge and understanding, their valuing of individuals.  His own venture into for-profit higher education – the so-called ‘Trump University’ – appears to have offered poor value, and is mired in legal action. I swapped emails on Wednesday evening with a friend of mine who teaches at the University of Wisconsin. Looking at the election result in the light of the Brexit vote, Julie wrote back: “I thought people in our country and yours were better and smarter than this”.

And they are. If the attitudes and beliefs which coursed through the rhetoric of Donald Trump’s campaign convinced enough voters, then it has never been more important to assert the quite different values on which universities are founded: the search for understanding, based on evidence, inquiry and analysis; respect for individuals and an openness to diversity; a commitment to pluralism and open-minded internationalism. When the values of higher education are challenged, it matters more than ever to celebrate and project them. It might be tempting to look inward. Instead, we should be yet more articulate about why universities, and the Enlightenment values they embody, are so important.  In a world of bewildering and threatening change, we have to do more to show how, and why, universities are one of society’s great achievements and best hopes. Michelle Obama put it in succinctly one of the most articulate and memorable speeches of a low and nasty campaign, “when they go low, we go high“.

There have been other presidents with other values. Thomas Jefferson was the third president of the United States, elected in 1801. In 1777 he had drafted the Virginia Statute for Religious Freedom, one of the great founding documents of civic and religious liberty in North America.  The Virginia Statute declares that “truth is great, and will prevail if left to herself…she is the proper and sufficient antagonist to error, and has nothing to fear from the conflict [with error], unless by human interposition disarmed of her natural weapons: free argument and debate”. In a world of error, Jefferson got truth right, and understood the circumstances needed to nurture and espouse it.