Drive down Main Street in Salt Lake City and, at number 143, two blocks south of the Salt Lake Temple you’ll find Neumont University, which educates 366 students. Bryn Athyn College – “spiritual by choice, small by design” – in Philadelphia is smaller at just 215 students, but unlike other tiny American universities, Neumont chooses to use the title ‘university’ rather than ‘college’. Established in 2003, Neumont is a for-profit university, specialising in applied computer science. 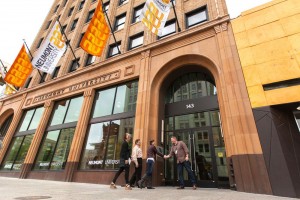 The Government’s White Paper on higher education is likely to produce more universities like Neumont, and perhaps some like Bryn Athyn: niche, for-profit institutions, with highly specialized curricula, focusing on lower-cost programmes which require little or no capital investment and with limited interest in the wider student experience: with under a hundred students in each year group, sporting and cultural opportunities are restricted.

Published yesterday, the White Paper promises to “make it easier to set up high-quality new universities to give students more choice”, and to “make it easier for ‘challenger institutions’ to award their own degrees”. These new providers will lack the resources (libraries, equipment and so on) to attract strong staff, and so will need to be distinctive in order to differentiate themselves in what is already a diverse sector.

The Government would like the higher education market to be more dynamic, and has been impatient with universities who have by and large not differentiated on price. However, higher education is a very odd market, one in which sellers (universities) want to choose who they sell to, in which buyers (students) have no money with which to buy, and in which there has to be strong regulation, since employers and others want confidence in what constitutes a degree. The White Paper is the Government’s attempt to apply market principles to a sector that, for these reasons, does not operate like conventional markets.

The two mechanisms set out in the White Paper point in quite different directions: the first, the commitment to lower the entry threshold for new providers, is an attempt to further stimulate competition and to lower costs for students; but the second, the Teaching Excellence Framework, is designed to produce a mechanism to increase fees by linking the funding of university teaching to quality in much the same way as research funding.

The Teaching Excellence Framework (TEF) is designed to encourage universities to prioritise teaching, and opens up difficult issues. Government has apparently never been convinced by the argument advanced by universities, and especially research-intensive universities, that research feeds teaching. In its Green Paper in November, it said that “because some universities see their reputation… as being principally determined by scholarly output, this can result in teaching becoming something of a poor cousin to research”. The White Paper accepts (p. 43) that it’s hard to define teaching excellence, although it nods at the idea that the intensity of teaching may well matter as much as the quality (p. 48).

The policy drive to persuade universities to prioritise teaching has been evident for twenty years. Most universities have now developed mechanisms to reward outstanding teaching. But the fact is that for globally-minded universities, research excellence is where the big rewards are. In the USA, the combination of a market-led focus on excellence in both research and teaching with different funding streams has seen the almost complete separation of the two, with teaching in prestigious universities provided by armies of poorly-paid graduate teaching assistants and the fees used to pay global superstars. There are enough references to the importance of teaching intensity and contact hours in the White Paper (a legitimate concern in some subjects in some universities) to suggest that this will indeed be the direction of travel.

There are a host of technical issues in making a TEF work equitably since, unlike with research, there are few comparable metrics. Assessing student performance would (as the White Paper acknowledges) simply provide a measure of intake quality and there are few successful value-added or learning gain measures. Assessing graduate incomes is now possible through HMRC data, and slated to feature in TEF arrangements (p. 58), but despite the White Paper’s enthusiasm, this discriminates against some institutions – art schools and music conservatoires – where the teaching itself is often excellent but graduate labour markets are weak. If subject mix influences institution-level performance, the implication of p. 51 that fee caps will not vary by subject is likely to cause difficulties. Hand-to-hand fighting over TEF methodologies will become intense, and almost certainly end in a stand-off between government desire to have something simple and the sector desire to have something reliable. The experience of the REF, which has generated a huge and expensive peer-review industry and produced highly complex results, will likely be repeated. 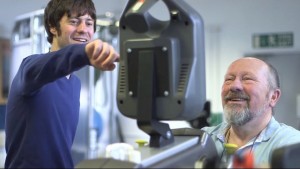 The White Paper shifts structures on research. It accepts the Nurse Review, supplementing the arms-length research councils with a single overarching body. This essentially allows government to claim that it has reduced bureaucracy, but this is a sleight of hand achieved by inserting an additional layer of bureaucracy. The new body will give strategic direction to individual Research Councils and encourage inter-disciplinary research. This makes sense in a world in which knowledge generation is ever more complex, but leaves open key questions about how far government will give ‘strategic direction’, and how far autonomy will be protected. Equally, the White Paper is right to see research and innovation as directly connected. Many universities are anchors in their city-regions. Sheffield Hallam already generates £424m a year for the city region, £80m in extra annual tax receipts, supports over 9,000 local jobs and has led Knowledge Transfer Partnerships which have generated £95m in increased profits and created 2,500 new jobs.

The White Paper’s title is Success as a Knowledge Economy. Despite this, it is difficult to see how it directly strengthens the UK’s science base or links between universities as knowledge generators and new industrial sectors as innovators. Despite a nod to post-graduate provision (p. 45), the TEF largely assumes that all students are undergraduates and all enter university as full-time students on face-to-face courses. It does nothing to address the serious decline in part-time provision.

There are different sorts of higher education systems around the world. There is consensus amongst higher education researchers that universities which lack autonomy and independence are less successful that those which have both. There is consensus that the free and open market is destructive of standards and quality. One of the enduring philosophical and policy challenges for universities is this: in a diverse system, can everyone be excellent? The White Paper answers this decisively: no, and may thus deprive Philosophy departments of some stock examination questions. The TEF is “intended to have reputational as well as financial incentives” (p. 49). This is going to make it much, much more difficult for any future minister for higher education to laud the success of the UK’s universities, and could have disastrous consequences for the UK’s global soft power in higher education.

The White Paper tilts the English system both towards greater marketization – in the encouragement for new providers – and towards tighter regulation – in the new quality assurance framework and the research structures. It will introduce disruptive change for parts of what has been an exceptionally successful, diverse system of higher education. It is right to see higher education as a driver of social mobility and right to focus on the way the system opens up opportunity (p. 41). Improving access to higher education from under-represented groups is to be welcomed. This is something Hallam already does well and above sector averages: 97% of our undergraduate intake is state educated, and 41% from low income households against a sector average of just 33%.

The challenge for confident institutions will be to plot a course through the new landscape, without too many detours down Main Street.

2 thoughts on “Universities on Main Street? The Government’s White Paper on higher education”