The University approved a new strategy, for 2015-2020, in late 2014. I was obviously not here, but I’m told that the strategy was the result of extensive consultation across the University over an extended period of time. Since the 2015-2020 strategy was published, any number of things have changed: there has been a general election, producing a decisive outcome which almost no-one predicted. The new Government has itself published a Green Paper on higher education, presaging sweeping reform to the regulatory and governance frameworks for higher education. A long-focus lens photograph of papers carried down Downing Street by a junior adviser last week confirmed what many had predicted: there will be a new parliamentary bill on higher education, shifting the legislative framework for universities. It may be published in a matter of weeks. At the same time, the external environment has shifted. The financial environment in which universities operate has become more stringent. The international context has become more competitive. And – a further change since 2014 – the University has a new Vice-Chancellor. 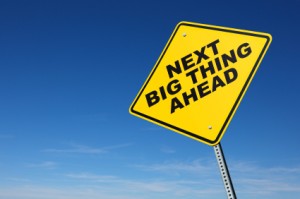 I don’t think it is sensible to wait for five years before reviewing the University’s strategy. Equally, I don’t want to under-estimate the work and commitment which went into those consultations in 2014, just eighteen months ago. I have, instead, proposed a ‘strategy refresh’. Over the next six months, I will lead a review of the University’s current performance and strategic positioning, taking the 2015-2020 strategy as a starting point but examining it through lenses of the five key priorities I set out in my presentations to staff just as I arrived: quality, impact, innovation, engagement and sustainability. I propose a searching but relatively rapid examination of just how we perform against those five priorities, in the light of the emerging competitive context for higher education.

The ‘strategy refresh’ will be led by me, supported by a small team in the University’s Strategic Planning and Intelligence Unit, overseen by a steering group and guided by a wider reference group of approximately forty staff from across the University. The ‘strategy refresh’ will explore mission, values, performance, competitive pressures and key strategic choices. At points in the next six months, emerging ideas will be shared with the University’s Leadership Team, the Leadership Forum (which draws together senior leaders from across the University), with departments and directorates- as well as, of course, with the University’s Board. It will be less time-consuming and thus, perhaps less open-ended than the 2014 process, but with a sharper focus on making and implementing strategic choices.

At the core of this process will be the commitments I set out in January and February in presentations to staff. The concern will be with shaping the University as a leader in applied higher education – the country’s leading applied University, developing practical solutions to complex real world problems and extending opportunity for the city, its region and beyond. In one sense, this is a very old mission. The Sheffield Hallam of 2016 is the direct descendant of Sheffield School of Art, the first higher education institution in the city, established in 1843 to shape design education for the city’s industry. And the mission goes deeper.

I’ve written previously about the first university in Europe, the University of Bologna, established in 1088 after a falling-out between the Commune of Bologna and the Catholic church. The commune invited a group of prominent lawyers to Bologna to provide commentaries on the ancient Codices of Roman Law for the commune – in other words, to deliver some short-term consultancy. The resulting work laid the groundwork for the creation of a faculty of law in Bologna, and for the foundation of the University of Bologna. Thus, from the outset of the idea of the European university, universities have been interwoven with their cities and regions: to use twenty-first century language, engaged in workforce production and development, responding to the shifting demands of local employers and shaping their cities. The question for our ‘strategy refresh’ is to maximize our capacity to do just that.

One thought on “Refreshing the University’s strategy”