In 1975, the United Kingdom voted on whether to remain a member of the European Economic Community. There was an article, I recall, in The Sunday Times by the then very influential left-wing historian E. P. Thompson arguing passionately against membership. Thompson excoriated the values of the common market. He argued that markets were all about consumption, reporting that the first person who enthused about the attractions of Europe to him went on to talk about peppers. I was sixteen. I had no idea what a pepper was. Bell peppers, capsicums, call them what you wish: they had no part in our meat-and-two-veg diet.

Thompson was simply wrong about the ‘common market’. He was wrong because he failed to understand what the idea of a European community could become, but he was also wrong on the narrow point about the peppers: he could not see that a market, bringing a wider range of produce and products into everyday life, might be something that ordinary people simply wanted. Our European engagement has delivered a way of life and a culture which was inconceivable in the drab world of the 1960s and 1970s: just how far we have come was demonstrated in the BBC 1970s time shift cop series Life on Mars. The idea of Europe was about the idea of possibility.

The ‘common market’ became the European Community and then, after the Maastricht Treaty, the European Union. It extended from six members, to nine, to twelve and now to twenty-eight members. It extended its scope from, largely, a free trade area in western Europe to something more expansive and ambitious. It began to address complex issues which were just too big for nation states: environmental degradation, common standards for the exchange of goods, cyber-crime which can flow across national boundaries at, literally, the tap of a keyboard. 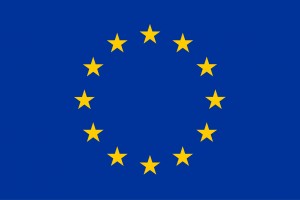 The Flag of Europe, symbol of the EU

And now we vote, again, on whether the United Kingdom should remain a member of the community of nations in the EU. It’s something the UK has always had reservations about, since refusing to join the European Coal and Steel Community in the early 1950s. Peter Hennessy remarks in Having It So Good, his beautifully-written history of Britain in the 1950s, that the ECSC founder, Jean Monnet, was a ‘left-wing, French, Catholic intellectual bureaucrat’, which gave the UK government at least five reasons to be sceptical about him.

I have no hesitation in declaring which way I will vote in June. I was one of more than 100 vice-chancellors who wrote to the Sunday Times, supporting British membership of the EU. Being a member of the EU delivers powerful benefits for universities, who are founded on the free flow of ideas and innovation. We can access EU research funding, worth some €8.8 billion to the UK over 2007-13, and we can work efficiently with partners across the continent. In the twenty-first century, research and ideas are no respecters of national boundaries. The really big questions- population health, global environmental degradation, technological change, the challenges of economic and cultural diversity- demand big research and development programmes at scale between institutions.

Over the period 2007-13, our University was involved in 27 EU-funded research projects with an income of £7.8 million, and we are currently involved in five further projects worth £1.9 million in research areas as diverse as community policing and improved diagnosis and treatment techniques for autism.

However, EU support goes much wider than universities, with South Yorkshire in particular benefiting greatly. Sheffield City Council estimate that we have seen more than £1 billion of investment since the early 1990s brought about by the EU – which has funded business and employment support, as well as key projects including the iconic regeneration of Sheffield Station and the Peace Gardens.

Going forward, the Sheffield City Region Local Enterprise Partnership estimates the region will receive around £175m of EU funds to invest up to 2020, which will be prioritised on growing our regional economy, supporting infrastructure improvements and addressing key regional skills gaps.

But behind the important details in the Prime Minister’s proposals which have triggered the referendum is something far larger: the idea of Europe, the idea of an interdependent continent working collectively in an uncertain world. We are all citizens of our city and region, of our nation, but also of a continent. It’s easy to take all of that for granted – the easy travel, the flows of investment and people and, indeed, the red peppers. But it’s also easy to overlook the extraordinary achievement of the European Union: taking nations and states which had fought battles against each other for fifteen-hundred years and which, in 1945, had essentially reduced vast tracts of itself to rubble, its people homeless and starving; and creating, in a few decades, prosperity, peace and common purpose.

Sheffield is a great British city, but it is also a great European city, like other European cities negotiating the transition from one sort of industrial economy to another: reshaping making for the digital and high-tech world, harnessing creativity and culture in the service of economic and social development, shaping successful urban futures. Its peer cities are not simply Leeds and Manchester, but Essen, Eindhoven and Toulouse, Bratislava, Wroclaw and Krakow. Its future lies in looking outward and working collaboratively across not just its region, but also its continent. Its young people need to look not just regionally and nationally, but internationally, to see themselves, as they are, as citizens of a complex, interdependent world.

Correction: an earlier version of this post misattributed the newspaper E. P. Thompson’s article appeared in as The Observer

3 thoughts on “Sheffield in Europe”