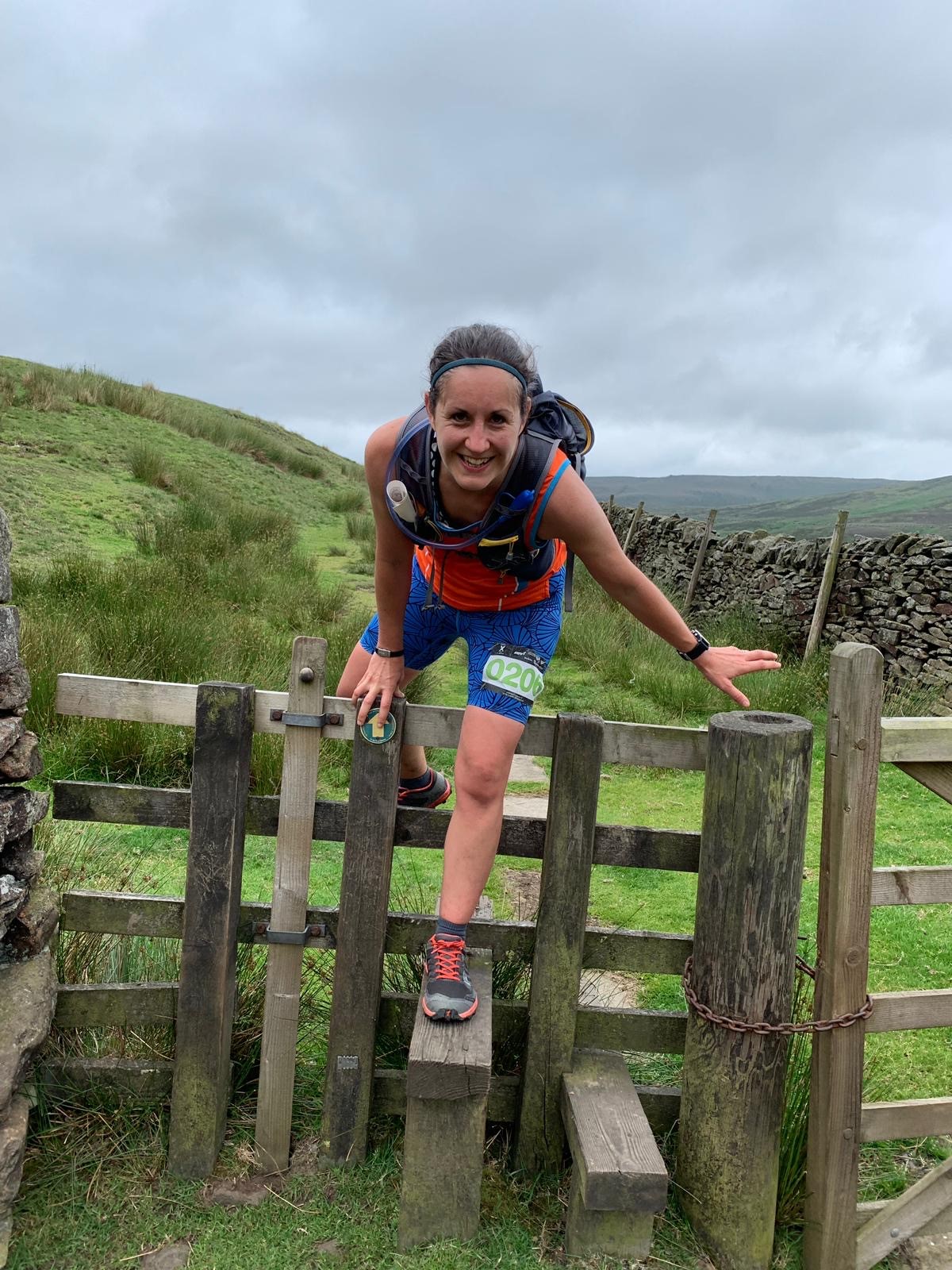 I knew very little about epilepsy until about just over two years ago. One day in January 2018 I was driving to the supermarket with my 4-year-old daughter and the next thing I remember, there was a paramedic at my car door. I’d had a convulsive seizure (known as a tonic clonic seizure) and had crashed into a car parked in the car park. I remembered nothing and did not know where I was or how I had got there. It was incredibly scary.

Luckily, I was ok and my daughter (who was off school sick!) was ok, and being looked after by two ladies who were passing by. After a trip to A&E, I was referred to a neurologist. The neurologist said it may be a one off (apparently this is more common than you’d think), so we hoped and expected that it was, and I asked if I was still ok to run the upcoming London marathon.

I had gone months since that first seizure and, convinced it was a one-off, I started back bike commuting to work. Then it happened again at Shalesmoor roundabout… Luckily (again!) I had stopped at the traffic lights so I came away with just scratches and bruises. Unfortunately, I had another seizure a few days later and, like Holly, was immediately put on a medication safe for child-bearing women.

After all the tests and evidence (my husband had to video a seizure and show it to my neurologist to get a firm diagnosis) I was diagnosed with epilepsy.

For a long time, I was scared to eat or drink alone in case I had a seizure and choked to death. Grim I know, but a genuine risk. I have a special pillow so if I had a nocturnal seizure I wouldn’t suffocate.

My main trigger is lack of sleep, which is difficult with two young children (!), but we had to focus on making sure I was getting enough shut eye to avoid the chance of seizures.

I continued to have seizures quite frequently (some days I had three in a row which floored me for days) and it became evident the medication was not having an impact, so I requested to try something else. I started on a secondary medication alongside the first and am now eight months seizure-free so am hopeful that I will be able to reapply for my driving licence in the summer.

Managing the medication side effects

For me, I have struggled with the side effects – one of which is fatigue. Like having a new-born but without the dirty nappies and smiles! I have also noticed a big impact on my memories and memory recall. I can’t remember the words for anything but most people who know me are used to that now!

I am coming off the first medication which is making a big difference and am on the lowest dose of the second medication. I am hopeful that one day I will be able to come off the medication altogether. Or at least hope the drug continues to keep my seizures at bay.

I have been incredibly fortunate at SHU to have an amazing support network of colleagues and line managers, so I have been able to continue to work here throughout the really difficult times.

The SHU pledge to support all staff no matter their disability is surprisingly not available at all employers and I have really benefited from the University’s Disability Confidence status. I have had a DSE assessment, met with an Occupational Therapist and had support when needing to take time off after seizures.