Previous DECI projects that were working towards understanding and narrowing the degree awarding gap in HE informed current departmental initiatives. As the main recommendation of gathered minoritised DECI student voice centred around the “lack of (cultural and racial) awareness around privilege and unconscious bias”, an event on departmental level that would address such issues collaboratively and openly seemed appropriate. This event served the purpose to facilitate and communicate interracial dialogue through a sensitive engagement with the “Stephen Lawrence Case”. It also enabled to remember his life and death but also resonated what lessons can be learnt from his case for an education department on a personal and professional level. This in turn can aid towards the improvement of cultural and racial awareness of privilege in the academia, where bias is challenged and can improve minoritised experience hence ideally their achievements.
A second initiative, which resulted from this event, was proposed to engage DECI staff in improving ‘racial literacy’. Hence I have been compiling material within an educational context to create a ‘resources pack’ that may inform DECI academic practice in this regard. This initiative has been completed and will be distributed before the next academic year for staff to implement into their respective courses.

The ‘Decolonising the University Symposium’ was held on 31st May 2019 at Hallam View, Sheffield Hallam University. It was part of initiatives of the Narrowing-the-Gaps team towards addressing the degree awarding gap.

The day was initiated with introductions by the NtG-team and the Student’s Union president. This was followed by the first key note address by Dr Jadon Arday, a Senior Lecturer in Education at Roehampton University who addressed “The Persistence of Racism in Higher Education: How do we decolonise our curriculum”. After the key note address the larger group broke into smaller groups for four different workshops, for which attendees had the opportunity to sign up for at their arrival. These included decolonising approaches towards recruitment, classroom spaces, intersectionality and mental-health. Following a lunch break, the second key note by Dr Shirin Housee addressed the “Speaking out against Racism in the University Space”. The event was rounded out by a panel discussion and Q/A with different key people of the event and closed with a book prize draw.

More than 80 people attended the symposium. According to responses given to a follow-up survey, participants were from a range of ethnicities, including Black British/African Caribbean, British Asian, White British/European and mixed-race/dual heritage. From these, most responses were from female participants, but were from various different directorates across the university and beyond. The overall responses of attendees about the event were highly positive, as they identified their experiences as ‘thought-provoking’, ‘engaging’, ‘interesting’ and ‘enlightening’. Whilst being an ‘academic’, ‘energising’ and ‘professional’ space, the event also built a ‘good platform for discussion’ and ‘networking’ which gave a ‘sense of community’. More specific feedback on the keynote speakers was mostly positive. Specifically Jason Arday’s key note address was much appreciated and considered ‘thought-provoking’, ‘engaging’, ‘relateable’ and ‘inspiring’. The format of the different sessions was considered appropriate by the majority, however some participants wanted the opportunity to attend more than one workshop and others asked for more ‘practical solutions/help to address this issue’.

Overall, the event posed to be a beneficial space for productive interactions around race and was considered very recommendable by the majority. Attendees suggested similar events in the future, possibly on larger scales with key notes from scholars in the field, but also ‘training, and ‘specific workshops’ towards ‘solutions’ that can be integrated into daily work.

The international ‘Race Equity Through Pedagogy Conference’ was held on the 1st July 2019 in Charles Street Building at Sheffield Hallam University. It was organised by the Narrowing the Gaps project team in collaboration with University of Warwick and HERAG.

The conference was initiated with registration alongside refreshments for arriving guests. Professor Dr Jacqueline Stevenson opened the conference with introducing the day’s structure key people in the field that were present as well as the context and the work Sheffield Hallam University had been doing in terms of race equity and the degree awarding gap. Following, the first Keynote lecture was led by Dr Gurnam Singh, Associate Professor of Social Work at Coventry University, who addressed “Intersectionality, Complexity and (BME) Student Attainment – the case for developing an insurgent critical pedagogy”. This was followed by breakout sessions with six different workshops led by academics in the field. Topics revolved around ‘race and community engagement beyond classrooms’, ‘decolonising the arts in HE’, ‘principles of success’, ‘critical whiteness approach towards healthcare education’, ‘reflective practice towards BAME success’ and ‘belonging and whiteness’.

Following the lunch break, a key note performance “Black. Asian. Just ME.” by students from the University of West London vividly and artistically elaborated on minoritised student experience in Higher Education. Thereafter, the second key note by Dr Ben Blaisdell, Assistant Professor in the College of Education at East Carolina University (ECU), addressed “Equity Coaching: A Collaborative Approach to Re-envision Racialized Educational Space”. This key note was followed by two further breakout session which both had six workshops each. Themes of these revolved around ‘anti-racist pedagogies’, ‘liberation and inclusive practice’, ‘barriers to attainment’, ‘bias breaking’, ‘teaching anti-blackness’, ‘white ally-ship’ and ‘decolonising approaches’. The day was concluded and attendees were given the opportunity to network over refreshments.

More than 120 people attended this conference and according to responses given to a follow-up survey, participants represented a range of diverse people and various Higher Education institutions over the UK and beyond. The overall feedback of responding attendees were highly positive, as they identified their experiences as ‘thought-provoking’, ‘engaging’, ‘interesting’ and ‘inspirational’ and would consider recommending the event. The conference was described as an ‘academic’ and ‘professional’ space that posed a ‘good platform for discussion’ and ‘networking’ which also gave a ‘sense of community’. More specific feedback on both key notes was exceedingly positive. Many respondents also highly praised the key drama performance and appreciated it as “amazingly powerful”. The format of the different sessions was considered appropriate and many workshops were described as immensely “interactive” and “insightful”. However some attendees felt that they “differed from abstracts” and were “expected differently”. Some also felt that certain workshops “had too little time allocated and were more like “long-talks” hence had “little room for discussion”. However, it was expressed that keeping the event “tight and not having long breaks” was useful to have a variety of engagements and individuals were given a “networking opportunity” at the end of the day. Some also reiterated that each session was “interesting and relevant in different ways” and provided “quality resources” and “practical tools” towards making change in regards to race equity in education.

Some of the suggestions for future events asked for “more sessions on how non-academic staff, e.g. unions/professional support staff can contribute to pedagogical methods of race equity” and “staff sense of belonging in HE”, “supporting BME transition into university” and generally more “participative workshops” and “spaces to discuss freely”. Overall, the conference was described as “a well-organised efficient event” that had a “relaxed, home-spun atmosphere, which was welcoming.”

Lecture capture of key notes from these events will be available soon!

in partnership with HERAG and the University of Warwick

Click here to register for the Race Equity through Pedagogy Conference taking place at Sheffield Hallam University on 1 July 2019. There are a limited number of free tickets available per department – contact your Head of Department to find out if the places are still available. Additional tickets will be available for £55 using booking reference HERAG when prompted.

The degree awarding gap, also called the degree attainment gap, between white and Black, Asian and Minority Ethnic (BAME students) is complex problem that continues to challenge the Higher Education sector. That said, academic staff, through their core role as learning and teaching experts, alongside the professional services that support learning and teaching, are a major part of the solution. The Disparity in Attainment series of Continuous Professional Development have been designed to build race equity into the core of everything we do at Hallam.

The CPD sessions are now available for all academic and professional service staff to book onto via the Core Portal. We would be grateful if you could disseminate widely and also encourage staff to attend who may not be directly involved in initiatives that support narrowing the gap.

To book on to the Disparity in Attainment CPD sessions, log into Core Portal and select ‘Training’ in the Employee Portal. Enter Disparity in the Keywords box to find and book the sessions.

For more information on what sessions are available, view the upcoming events page on the Narrowing the Gaps website.

If you have any questions or comments, please contact narrowingthegaps@shu.ac.uk

The need to better conceptualise, confront and mitigate racism’s negative impacts is currently high on the HE agenda. An example of this is the call to ‘decolonise’ the curriculum which is gathering momentum, especially in relation to  addressing the differentials in degree outcomes between students from Black, Asian and Minoritised Ethnic (BAME) backgrounds and white students. This is a persistent and systemic issue for the sector and sustained efforts to address inequalities in HE is an imperative.

Teaching anti-racism is, however, a political project. Anti-racist pedagogies require us to benefit and empower BAME students, to move beyond positioning BAME students as cultural experts or witnesses and help fostering anti-racist language. Using the curriculum to address the structures and practices of embedded racism and entrenched power relations can be challenging and generate resistance; consequently this requires us to think differently about our practices.

Against the backdrop of  ongoing debates around the need to better conceptualise, confront and eradicate racism, there also is a need to provide a space for staff, students and indeed institutions to move beyond debates into action. Consequently, Sheffield Hallam University, in partnership with the University of Warwick and the Higher Education Race Action Group (HERAG), is pleased to host the Race Equity through Pedagogy Conference.

This one-day conference will bring together those committed to eradicating racial inequality and inequitable outcomes in higher education through the provision of socially-just, anti-racist pedagogies.

The aims of the conference are therefore to:

The specific focus of the conference will be on reducing, and ultimately eradicating barriers to degree attainment and academic outcomes for students from Black, Asian and Minoritised Ethnic (BAME) backgrounds.

The conference will be held in partnership between Sheffield Hallam University, the University of Warwick and the Higher Education Race Action Group (HERAG).

Call for proposals: workshops, case studies or presentations of papers

Classroom space and AV equipment will be provided.

Questions about proposal submissions may be sent to Emma Robinson: e.robinson@shu.ac.uk

Please complete a Submission form to submit your session proposal.

Please note that attendees are required to register and pay to attend – this is at a reduced rate. 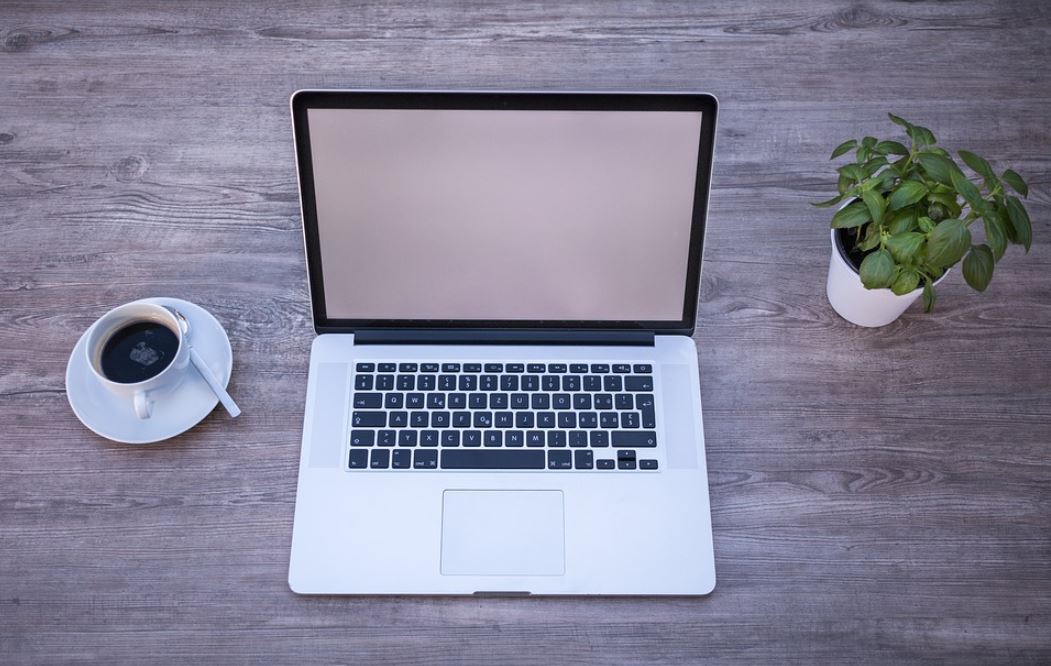 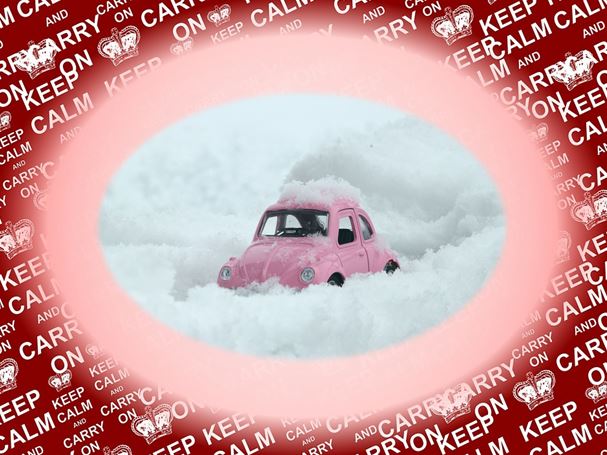 Dr. Lindy-Ann Blaize Alfred, Development Lead for Narrowing the Gaps: Disparity in Attainment, has curated collections of words and images to identify sector practice and develop the racial literacy of the University: 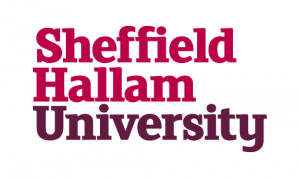