During the day we will have two Keynote speakers: 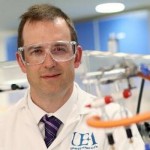 Simon Lancaster began his academic career in inorganic chemistry as a research officer at The University of Leeds in 1995. In 2000 he moved to a lectureship in the School of Chemistry at The University of East Anglia (UEA). In 2010 he won the Sir Geoffrey and Lady Allen UEA Excellence in Teaching Award and was promoted to a Senior Lectureship. In 2013, Simon was awarded the Higher Education Award of the Royal Society of Chemistry and received a National Teaching Fellowship from the Higher Education Academy. In 2014 he was promoted to a teaching focussed chair and appointed to a new UEA post to promote innovative teaching both within and outside his institution. His commitment to diversity both in teaching practice and in its widest sense have seen him nominated as one of the 175 Faces of Diversity by the Royal Society of Chemistry.

The keynote will parallel Prof Lancaster’s career and will chart progression from courses with “rushed superficial interaction with a select few students” to “almost total engagement with conceptual problems”. Simon practices what he preaches! He will ensure everyone is an active participant in the keynote through the use of learning technology. Participants will be encouraged to set aside their notepads and we will endeavour to crowd source a lasting record of the event. We will investigate the advantages of lecture capture and examine solutions to the disadvantages. Together, we will see how more ambitious use of our virtual learning environments can liberate face-to-face teaching for a much more rewarding constructive approach to the lecture theatre time and space. However, ultimately the key is not technology but pedagogy and we will experience how peer instruction allows us to pose much more challenging conceptual questions of ourselves and our students. Simon will advocate partnering students to move beyond flipping transmission and constructivism to flip ownership of the learning experience. 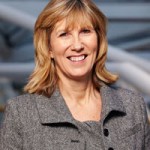 Professor Barnes joined Sheffield Hallam in January 2014 as Deputy Vice-Chancellor. Within her role she has responsibility for the shape of the academic portfolio and enhancing the student experience.

She oversees and leads on the development of partnerships with Colleges, International Institutions and employers. Prior to this she was Deputy Vice Chancellor (partnerships and region) and previously Pro-Vice-Chancellor at the University of Derby, playing a key role in shaping the academic portfolio and enhancing student satisfaction.

Previously, she spent 23 years at Teesside University, where she had a range of different roles and was most recently Dean of Social Sciences and Law. Whilst at Teesside, she also led the development of technology enhanced learning and internationalisation across the university. She was appointed as the first University Teaching Fellow in 1998. Originally from Staffordshire, Professor Barnes started her career as a PE and Maths teacher.

She has studied at University of Sheffield  where she completed her MMedSci. Subsequently she taught physiology to a range of health care students and set up sport science at Teesside University. Professor Barnes career has been built on her passion for teaching with a particular interest in employer engagement and technology enhanced learning. She is a QAA auditor and Chair of the charity Safe and Sound Derby. She is also a member and Trustee of a number of other organisations.