January 12th, 2016 | Posted by Jennifer Kennedy in IT improvements | IT preparations for teaching | IT projects | New technology 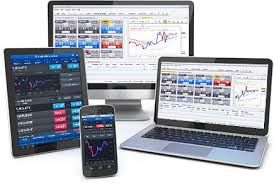 (By Simon Alexander, Networks and Infrastructure)

The University has invested in an application virtualization technology from Numecent called Application Jukebox.

This will enhance our ability to quickly deliver software to Managed Desktop workstations, allowing applications to be more widely available whilst improving the overall workstation performance.

IS&T are currently producing the first release of a Windows 10 Managed Desktop that will be available at the end of January.

Previous Managed Desktop releases have taken a considerable amount of time to produce and test before being released for use within the whole University, supporting every application, service and the large variety of hardware used within the University.

For Windows 10 a different approach has been used, using the ‘Agile Methodology’ which will see incremental updates of the Windows 10 Managed Desktop released each month that will introduce support for new features, software and hardware with each release.

Staff are able to request the Windows 10 Managed Desktop when the current release will support their hardware and software requirements.

The vWorkspace application used to access Remote Desktop Services such as the Staff Remote Desktop and ACES VDI desktops that are used for Teaching and Learning has successfully been updated to version 8.6.1.

This has introduced a number of new features and enhancements including support for Chromebooks and Windows 10 clients.