Our studio is based in the Woodville teaching building and can be used for filming talking heads, group discussions and interviews. We provide the equipment and support for filming including ideas on direction, post-production and advice on the delivery options available including DVD, web streaming or other.

The video below demonstrates the transition process from the initial filming against the green screen, through to the finished product.

Although a lot of our filming takes place for moderation take a look at some of our larger film projects. 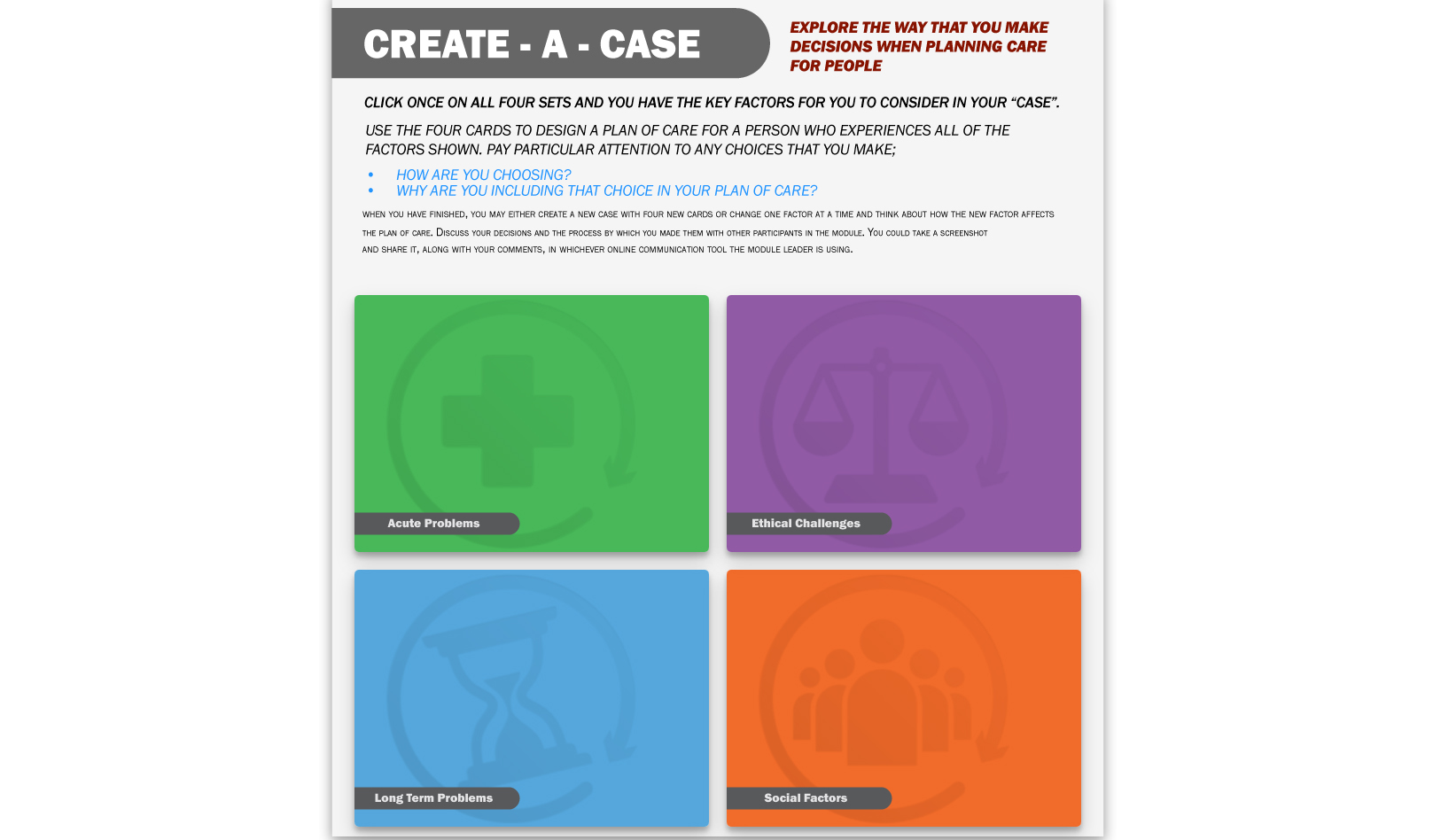 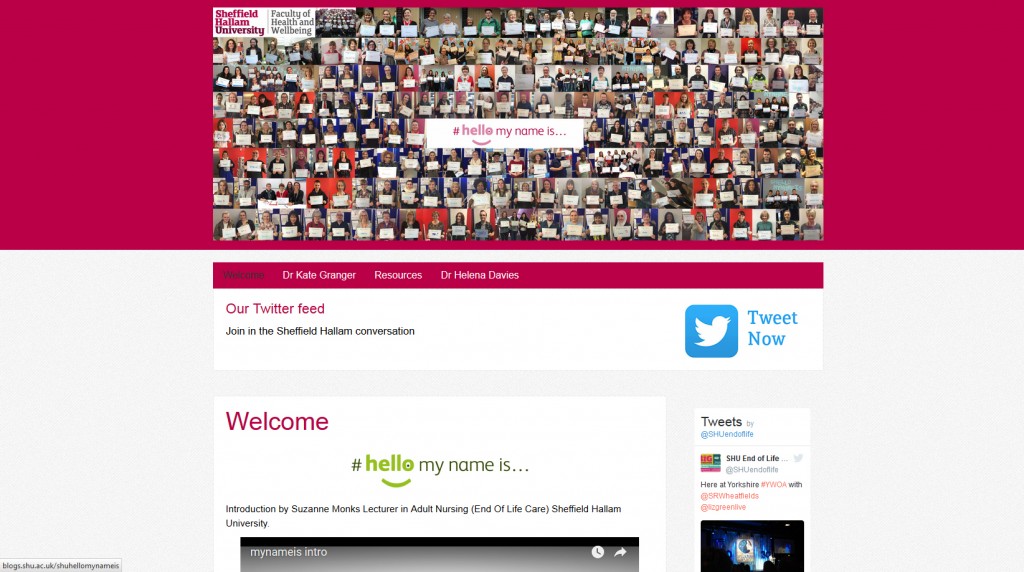 Sheffield Hallam palliative and end of life care interest group, in partnership with St Luke’s Hospice, held a range of events to enable students and staff to think about and talk more openly about death and dying. The site is to promote continuing discussions. 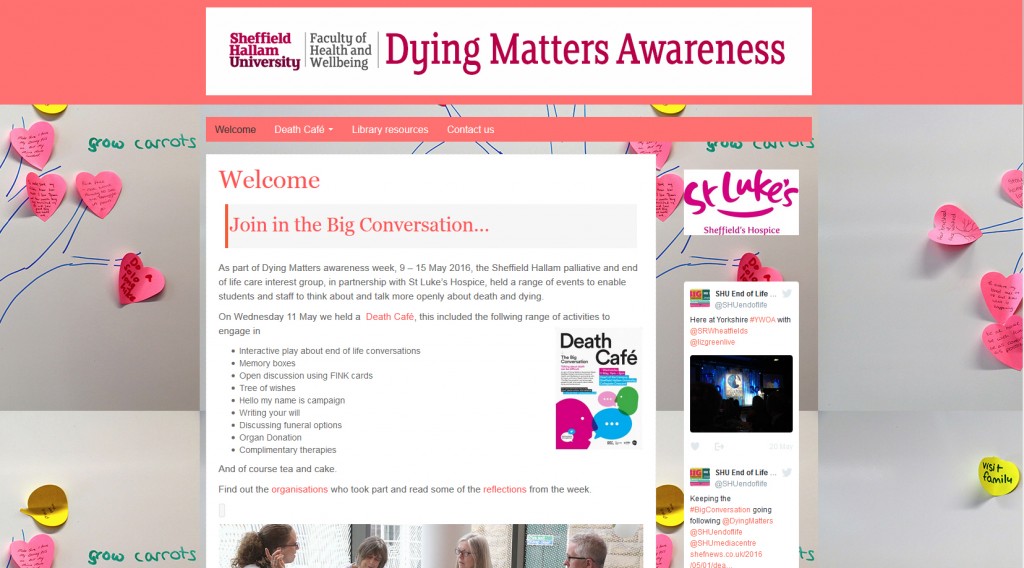 Designed for David Eddy and the AHP department for the International Radiographer Advanced Practice Conference. 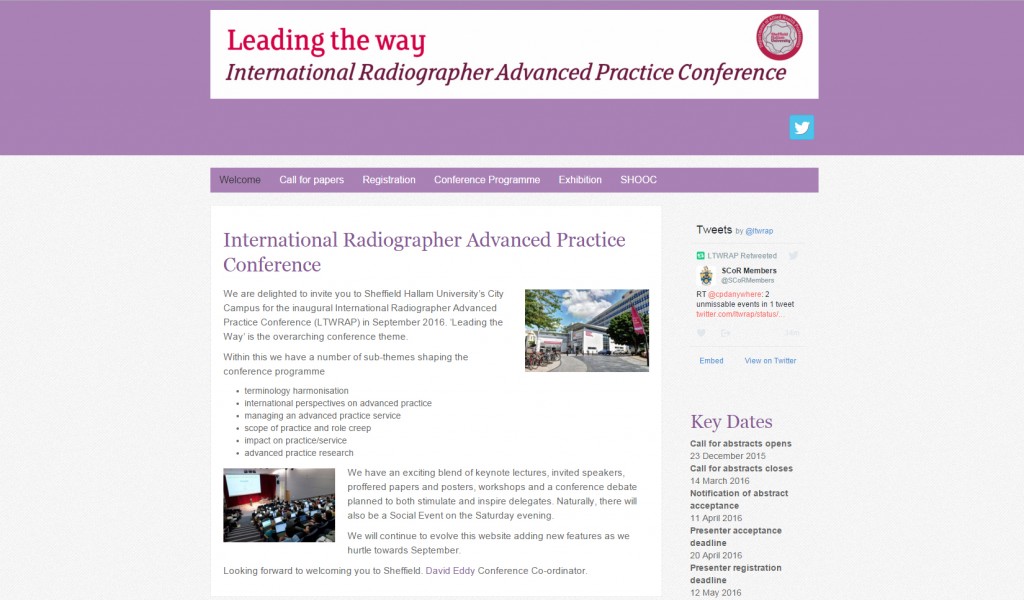 Developed  for Operating Department Practice (ODP). It contains a brief description of the role, including the video ‘a day in the life of an ODP’, followed by an overview of the programme at Sheffield Hallam University. It also includes students’ viewpoints and a discussion of career choices and employment opportunities for qualified ODP’s. 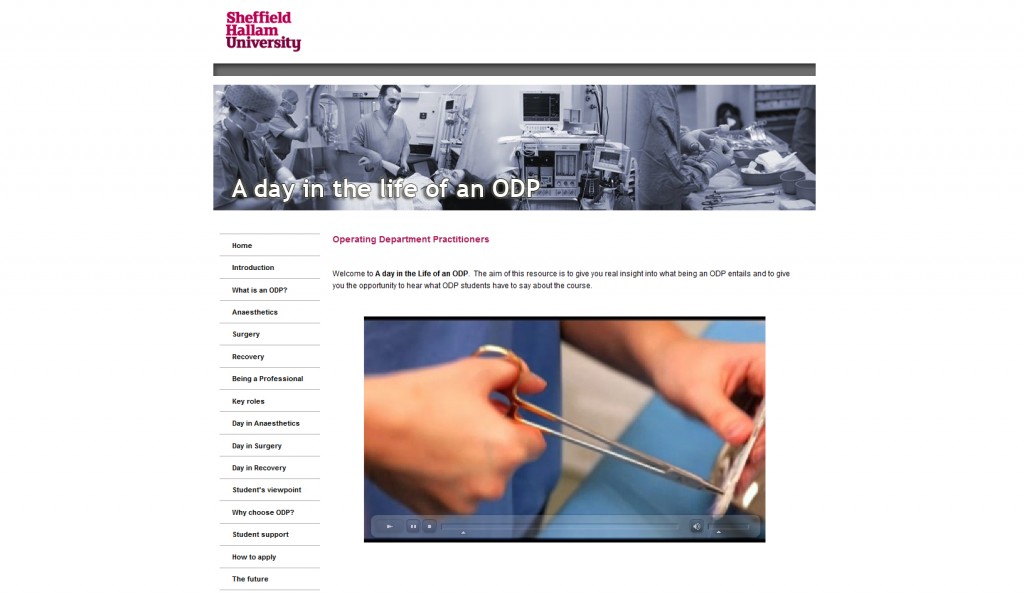 A virtual tour of the Lifewise centre in Rotherham. We took hundreds of photos and stitched them together to create a 360 degree virtual tour similar to google street maps.
Paramedics use this for scene assessment before working with one of our simulation manikins to add a level of realism to the scenario.
Works on PC, Mac, tablets and phones. 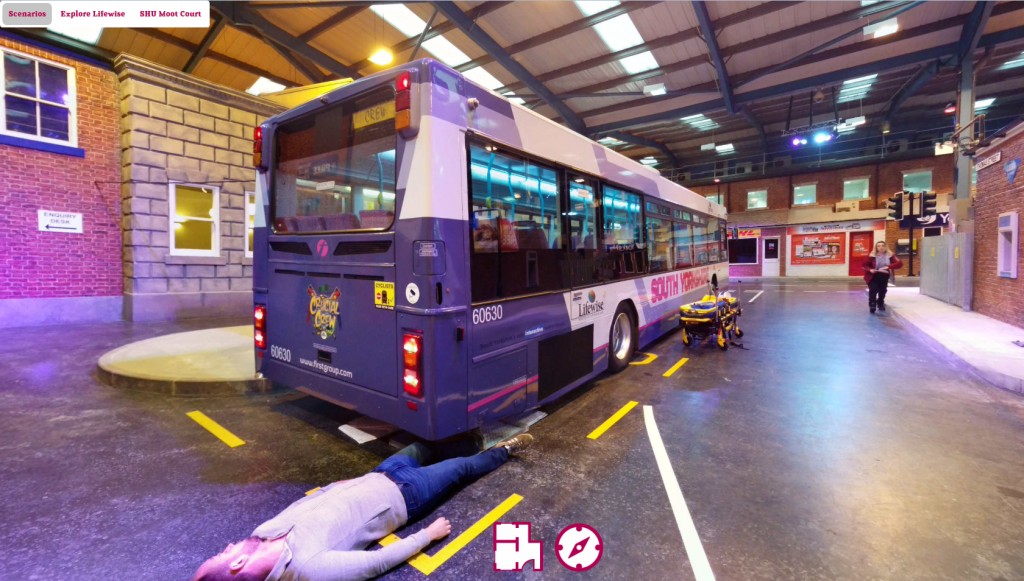 An interactive 360 tour of a museum exhibit the Virtual Reality Prosthetics team put on in the Millennium Gallery. 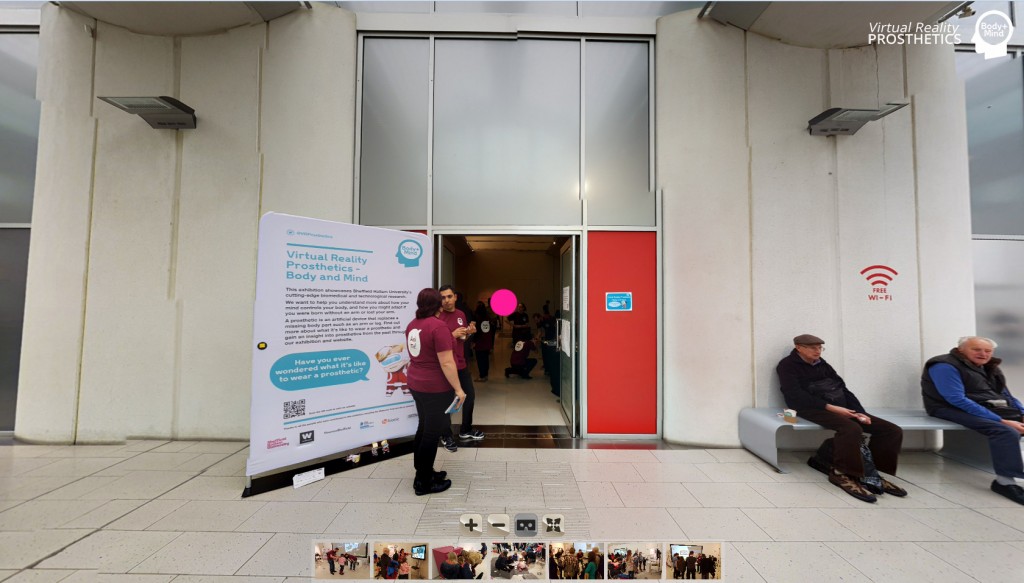 A virtual tour of Moot Court, Heart of the Campus. Specifically requested by Marelize Joubert to teach students about court roles, qualities and etiquette when they haven’t seen/ been in court before.
It has been designed to be used cross platform so it can be viewed on phones and tablets as well as a web link to enable it to be accessed from anywhere. It is also VR compatible with mobile devices and VR browsers. 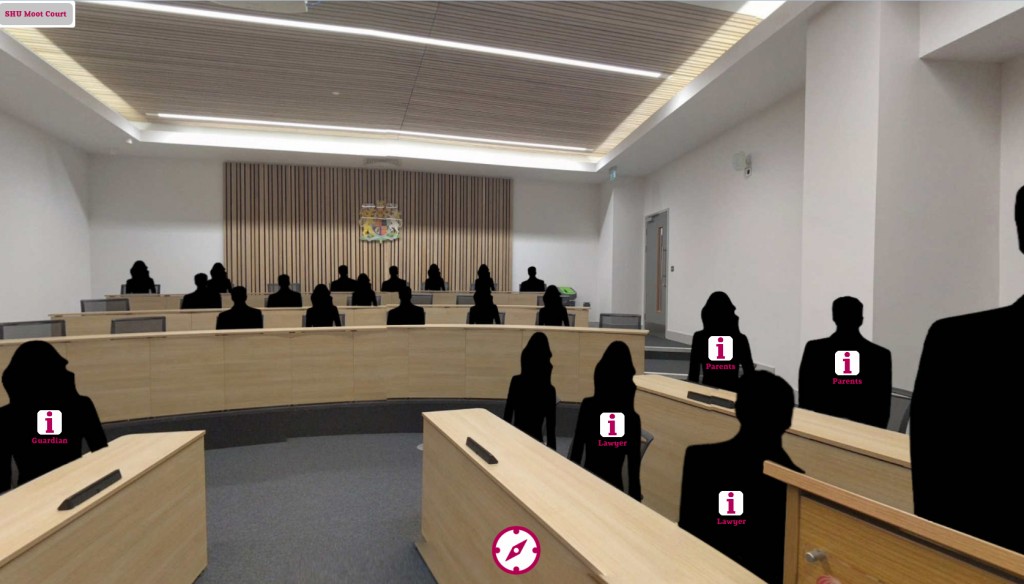 An online community for AHPs who share an interest in public health.

Simulation in Health and Wellbeing

Simulation in Health and Wellbeing, developed for the Simulation conference and release of our Health Simulation Strategy, 14 September 2015.

An animation we made to be shown on a loop at the graduation ceremonies. It explains what the DLHE survey is and why students need to do it after graduating. Made for Louise Ward and Neil Mckay.

This short animation is to raise awareness about dementia with some animated infographics.

Created for Julie Hoskin for use in the minor illness management module. We have developed a stereoscopic 3D version for (SHIVE) and an online streaming 2D version.

An animation created for CFHealthhub to show patients how various Cystic Fibrosis drugs work. The aim is to educate patients about their treatment to improve compliance with their medication.
Antibiotics

Created as part of the Virtual Reality Prosthetics, Body and Mind exhibit. You can place your hand in the box and see the anatomy underneath your skin

Using a Leap Motion Controller, students can use their own hands to build a 3D arm bone by bone and muscle by muscle. Created as part of the Virtual Reality Prosthetics Project. 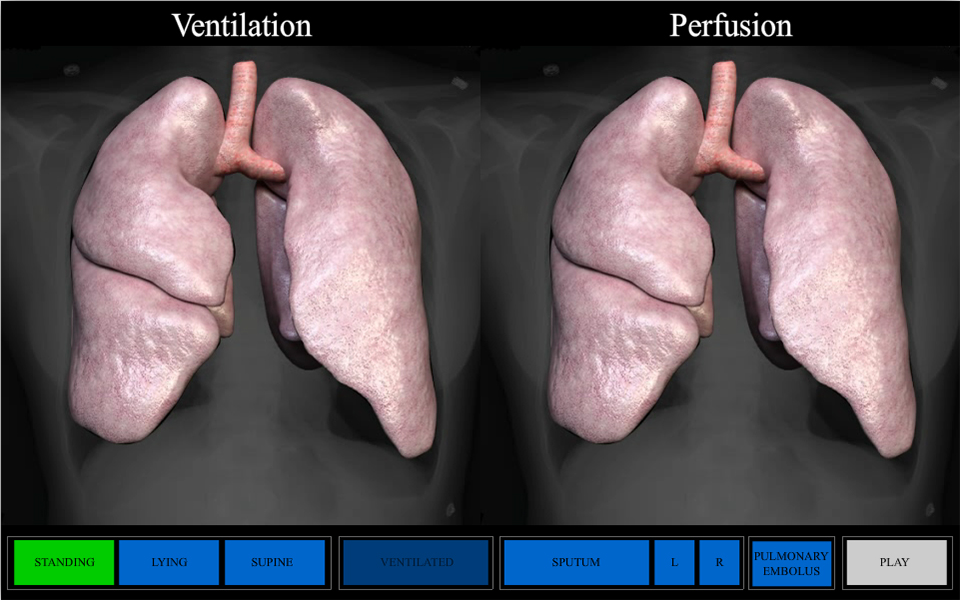 Unity software required
Please note, this should take you to a link to download the software if not already intalled. However, Chrome browser does not support Unity software. 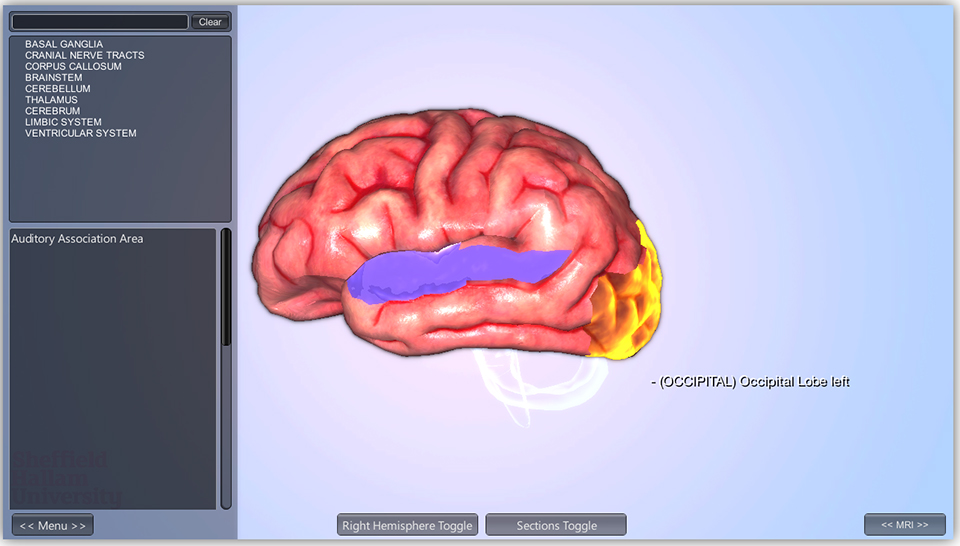 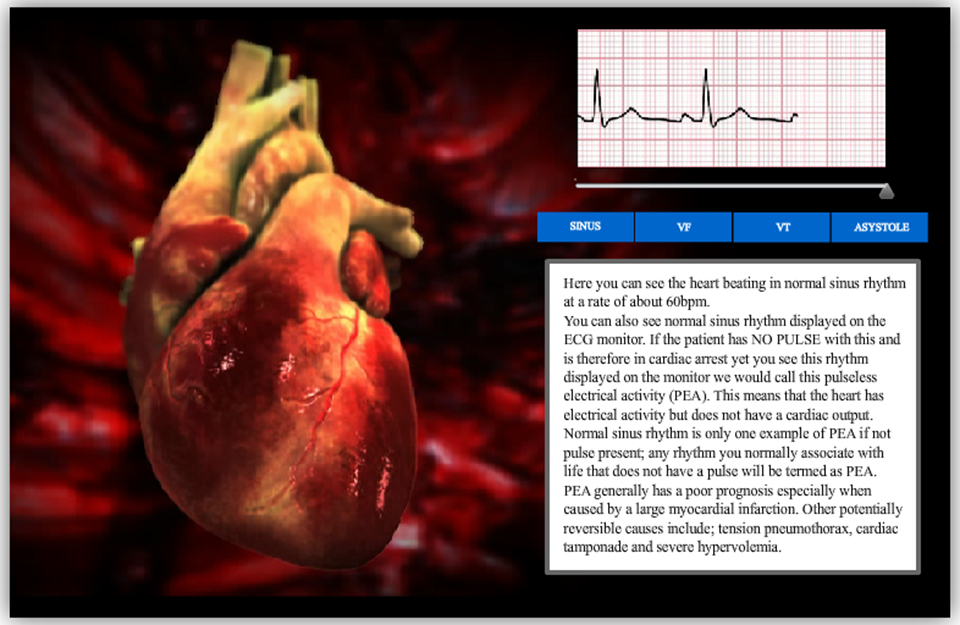 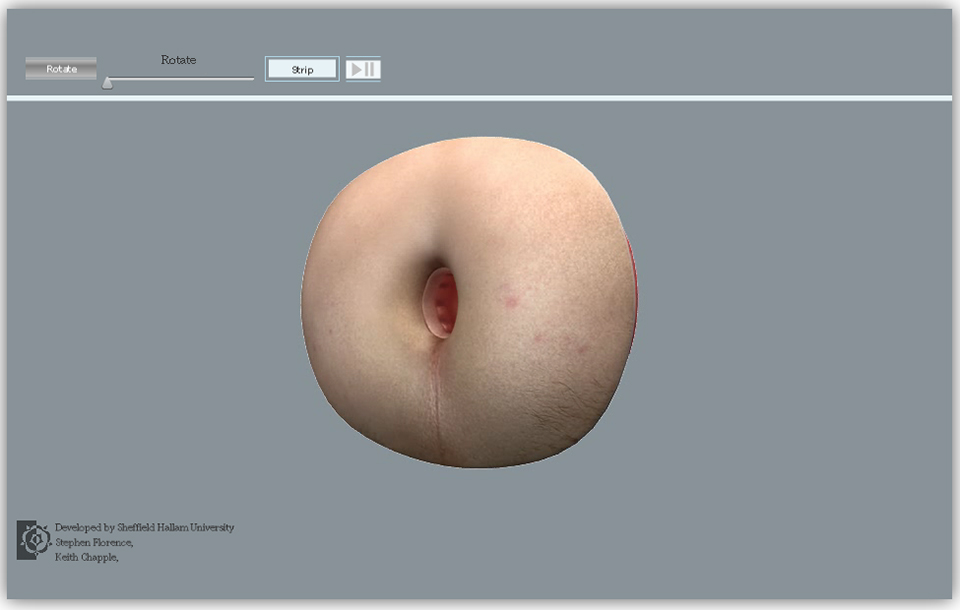 Created for the criminal justice realities module of the BSc Criminology degree. This app allows users to look around 2 virtual crime scenes to assess what took place and which evidence is important. They are used as part of a case study and taught with input from an external company – CSI Training and events Ltd.

An Android app that allows forensics students to explore an interactive 3D virtual crime scene. Users can pick up and package evidence using specialist forensic equipment, submit their work online and get feedback from lecturers. The app takes advantage of gyroscopic sensors in the android device to allow users to explore the scene more naturally.

An interactive environment set up as a typical clients home. OT students can use an iPad to walk around the environment and suggest changes to it based on a case study they are given in class.

A Proof of concept exploring the use of 360 degree videos on a mobile VR headset for scenario based training, in this case a short video is played to set the scene for a manikin based scenario.

Created as part of an ‘imagine’ funded collaborative project involving staff, students, the Sheffield University Technical College and prosthetic manufacturers. More information can be found on the exploring VR with prosthetics blog and the changing lives area of the Sheffield Hallam University research site.
The ‘imagine’ part of the project has now ended but it continues to grow and evolve with funding from various project bids.

A Virtual Reality experience where you can explore the bloodstream from a cellular level and see how a blood clot develops when the capillary wall is damaged.