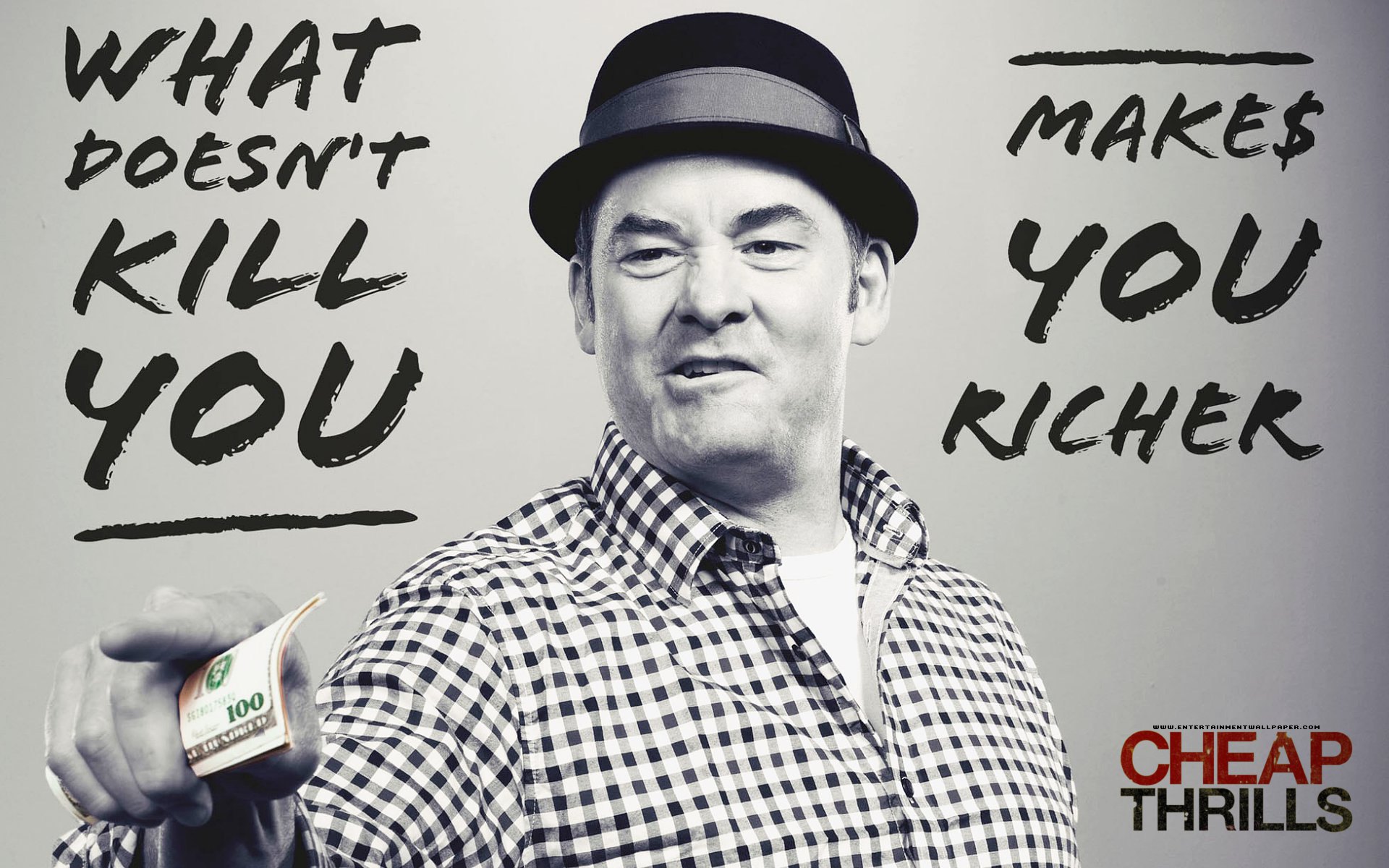 Darkly hilarious and deeply disturbing, Cheap Thrills follows Craig (Pat Healy), an unfortunate soul who has lost his job and received an eviction notice on the same day. Unable to bring himself to go home to face his wife and young child, Craig heads to a bar where he runs into an old school friend, Vince (Ethan Embry). Together, they encounter Violet (Sara Paxton) and Colin (David Koechner), a young, wealthy couple who offer them increasingly obscene amounts of money to complete dares that range from the humiliating to the dangerous to the illegal.

After beginning his career as a screenwriter and producer – working on films such as Home Sick (2007) and Pop Skull (2007) with Adam Wingard – E.L. Katz made his directorial debut with Cheap Thrills, from a script written by David Chirchirillo and Trent Haaga. A black comedy with real satirical bite, Cheap Thrills is an indictment of the United States in the aftermath of the global financial crisis of 2007-08, the subsequent Great Recession and the very real consequences those two events had for ordinary working Americans. 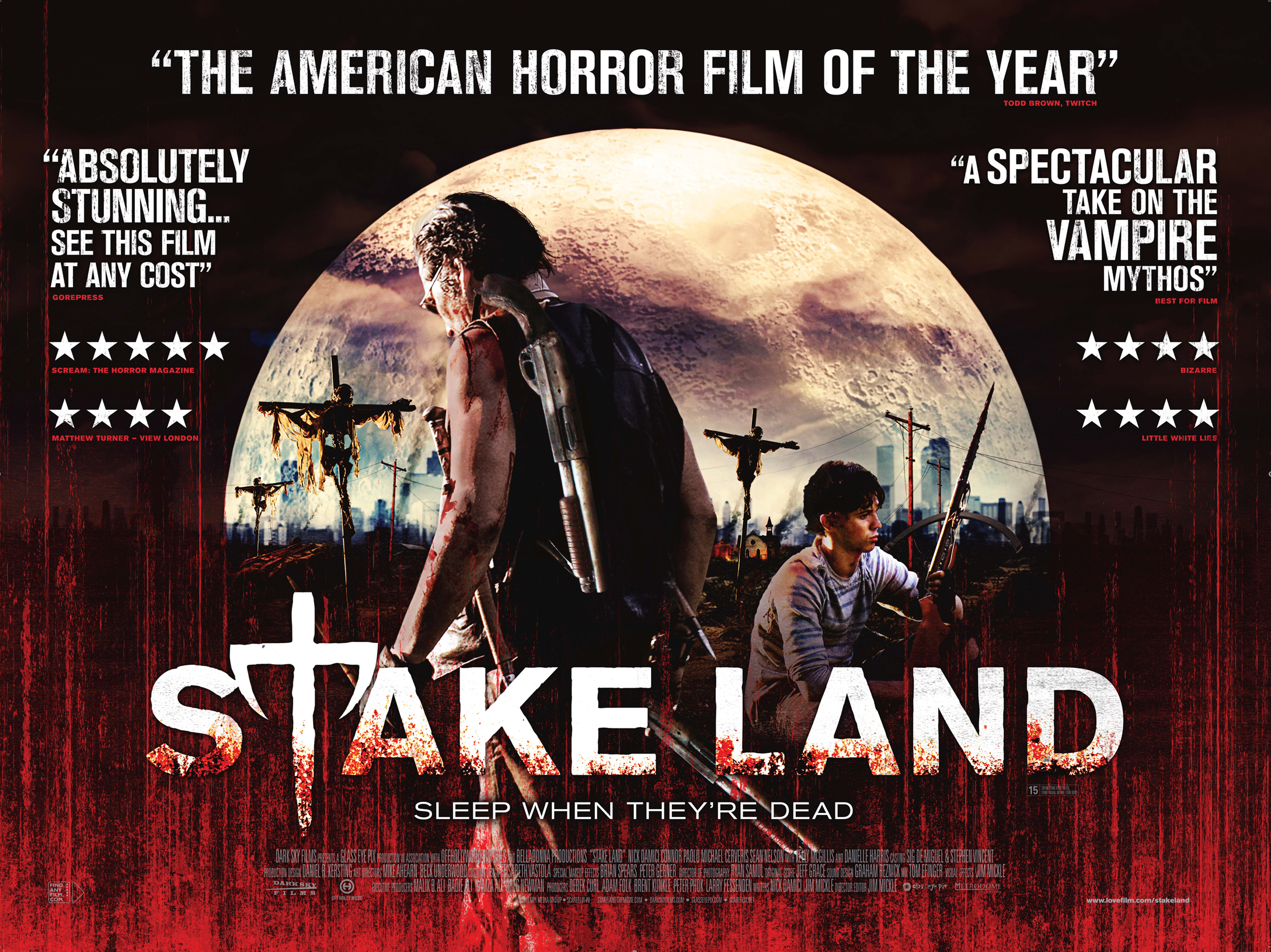 Civilisation has come to an end in the aftermath of a vampire plague that has swept the Earth – society as we know it no longer exists. Martin (Connor Paolo) was a normal teenager before the collapse; now his life is in the hands of the mysterious Mister (Nick Damici), a vampire hunter who agrees to help Martin reach a safe zone known only as ‘New Eden’. Complicating matters is a fanatical religious cult – ‘The Brotherhood’ – who believe the vampire plague is the righteous judgement of God, and it is their task to eliminate survivors.

Director Jim Mickle and his writing partner Nick Damici began their careers with the severely underrated Mulberry Street (2006) and have since produced some of the most exciting genre films in recent years: the Southern crime thriller Cold in July (2014) and their arguably superior remake of the Mexican original, We Are What We Are (2013). Stake Land is their sophomore feature, a dark indictment of religious fanatacism and a nightmarish vision of a fallen America. 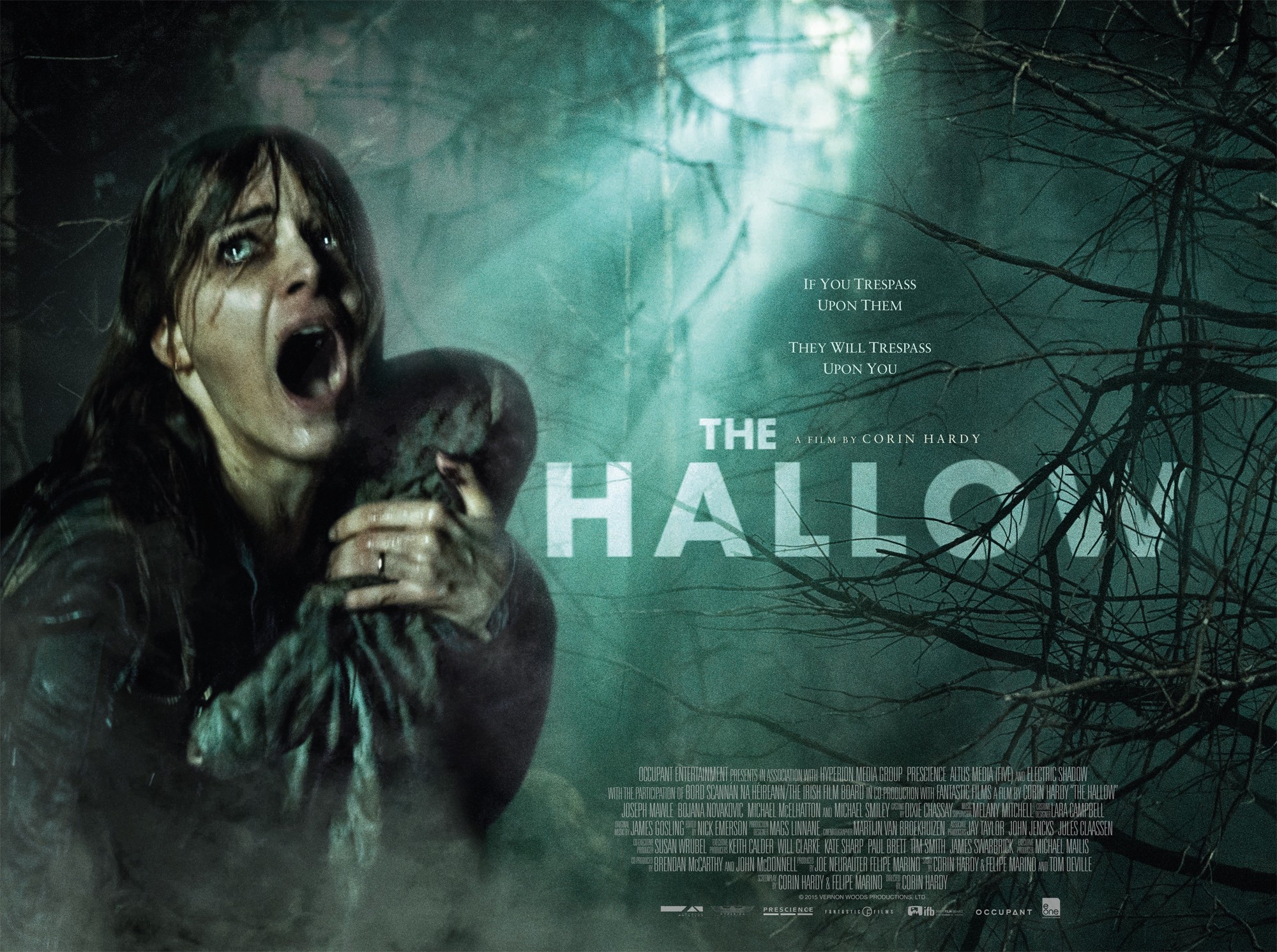 Conservationist Adam (Joseph Mawle) and his wife Clare (Bojana Novakovic) make the move from London to a deeply rural and secluded Irish community to conduct research on a mysterious black fungus covering trees in the surrounding forest. Stony-faced locals regard the woodland as a sacred but dangerous place; ignoring their warnings, the couple move – with their young child – into a remote mill house in the woods and soon enough are plagued by the malevolent creatures lurking within.

Shot entirely on location amongst the woods and murky lakes of rural Ireland, Corin Hardy’s The Hallow is steeped in the traditions of local folktales and mythology. Hardy’s film is indebted to such films as Straw Dogs (1971) and Pan’s Labyrinth (2006), though perhaps most of all to Sam Raimi’s The Evil Dead (1981) thanks to its isolated cabin-in-the-woods setting. An example of modern folk horror, the film is simultaneously a familial drama, a dark fairytale and a creature feature, realised with mostly practical effects by British SFX artist John Nolan.

Robert Nevitt, Festival Director of Celluloid Screams: Sheffield Horror Film Festival, will be programming a series of shorts to accompany our feature films.