We invite proposals for 20 minute papers and 90 minute panels for the first Fear 2000: 21st Century Horror conference at Sheffield Hallam University. Hosted by staff and postgraduate students in the Department of Humanities in collaboration with Celluloid Screams Sheffield Horror Film Festival, the conference will investigate the horror genre’s aesthetic, cultural and industrial concerns in the new millennium.

We seek papers that will investigate horror in the 21st century from a range of perspectives that will contribute to the scholarly understanding of a genre in transition, trapped between the past, present and future. Examinations of the genre’s contemporary aesthetic, cultural and industrial concerns are all welcome.

The deadline for proposals is 30 November 2015. For twenty minute papers, please submit a short bio and a 300 word abstract including your name, the title of your paper, institutional affiliation and any technological requirements to Craig Ian Mann (c.mann@shu.ac.uk), Rose Butler (rose.butler@shu.ac.uk) and Shelley O’Brien (shelley.o’brien@shu.ac.uk). We are also seeking proposals for panels of 3-4 people; if you would like to propose a panel, please keep proposals to a maximum of 1000 words and include abstracts, institutional affiliation, technological requirements and contact information for all speakers and a chair (if applicable). Panels should be planned for no more than 90 minutes in total and accommodate time for questions. Please direct any informal enquiries to the above email addresses.

Cultural Concerns:
– 9/11 and the War on Terror
– Security and mass surveillance
– Technology and the rise of social media
– Celebrity culture and body image
– The Global Recession and economics
– National horror cinemas and their domestic contexts
– Cross-cultural connections and international contexts

Industrial Concerns
– Production, funding and crowdfunding
– New media and changes in distribution networks
– The rise of the horror film festival
– Fandom and the horror press 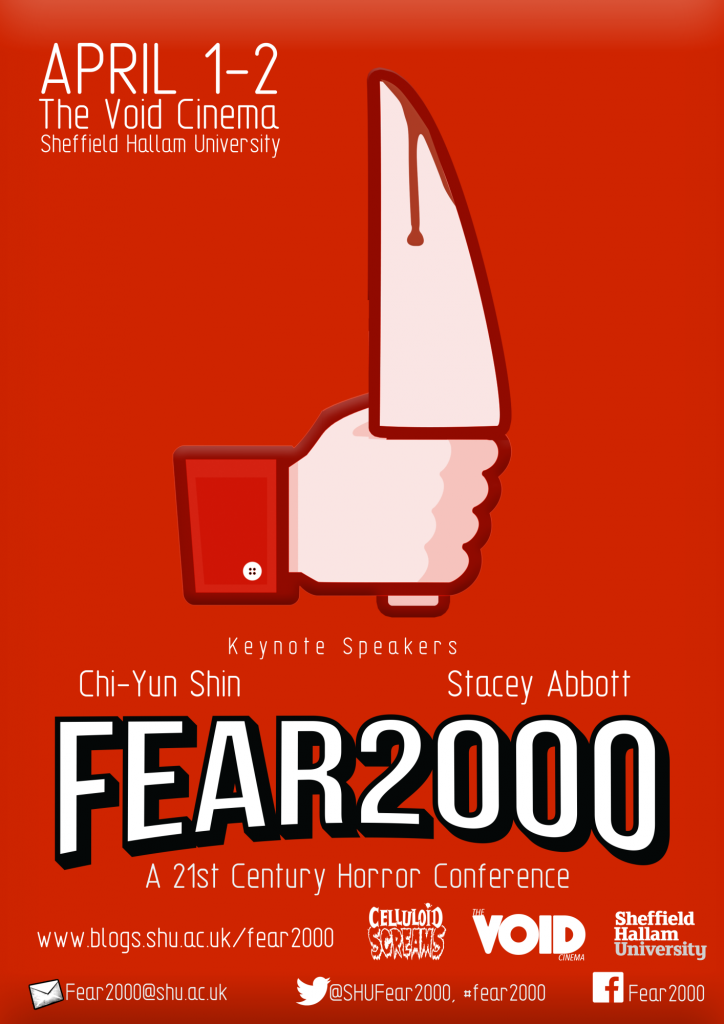