James will explore the processes of researching and writing historical fiction, and talk about his ongoing passion for the Middle Ages and eleventh-century England in particular – from early encounters whilst studying History at Cambridge, to writing four novels set during the period (with a fifth currently in progress). Drawing upon examples from his published work, including his most recent title, The Harrowing, he will touch upon the thorny issues of accuracy and authenticity, as well as the unique challenges he faced in writing a post-apocalyptic historical novel.

JAMES AITCHESON is a novelist, lecturer, writing tutor, literary consultant and medieval scholar. A professional writer since 2010, he is the author of four novels set during the Norman Conquest, which have been published in the UK, the US, Germany and the Czech Republic. His most recent title, The Harrowing, was published in 2016 and named by The Times as a Book of the Month. He received his PhD in Creative Writing from the University of Nottingham in 2021. His research interests include historical fiction, medievalism (the representation of the Middle Ages in modern culture), and astronomy in early medieval England. He is an Associate Lecturer at Sheffield Hallam University and a Teaching Associate at the University of Nottingham. Books will be available! 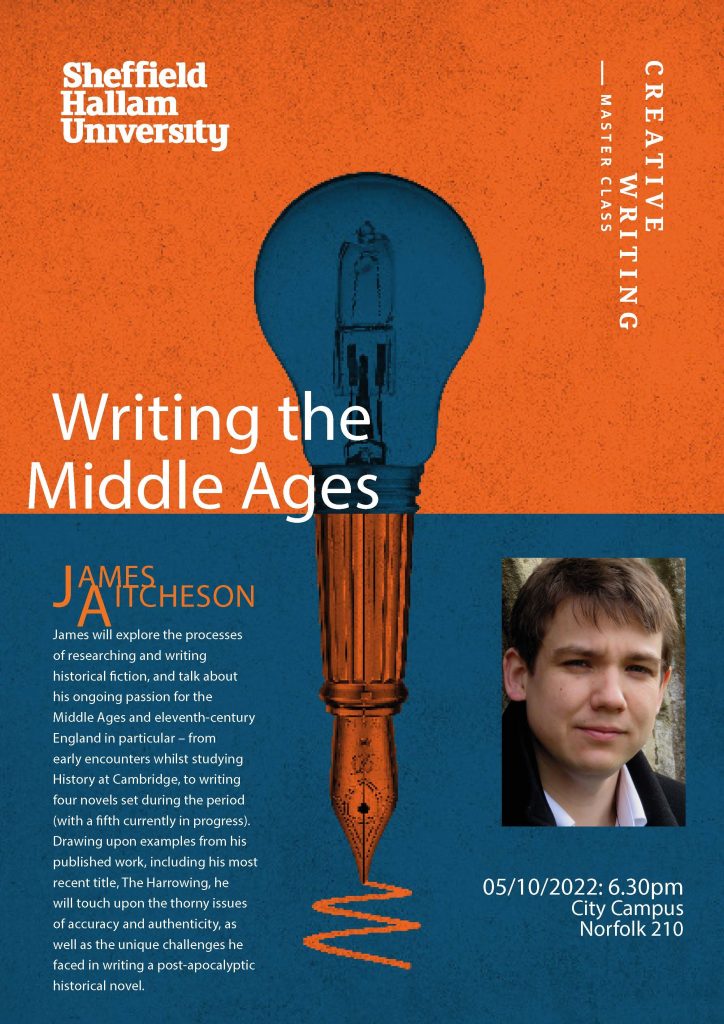